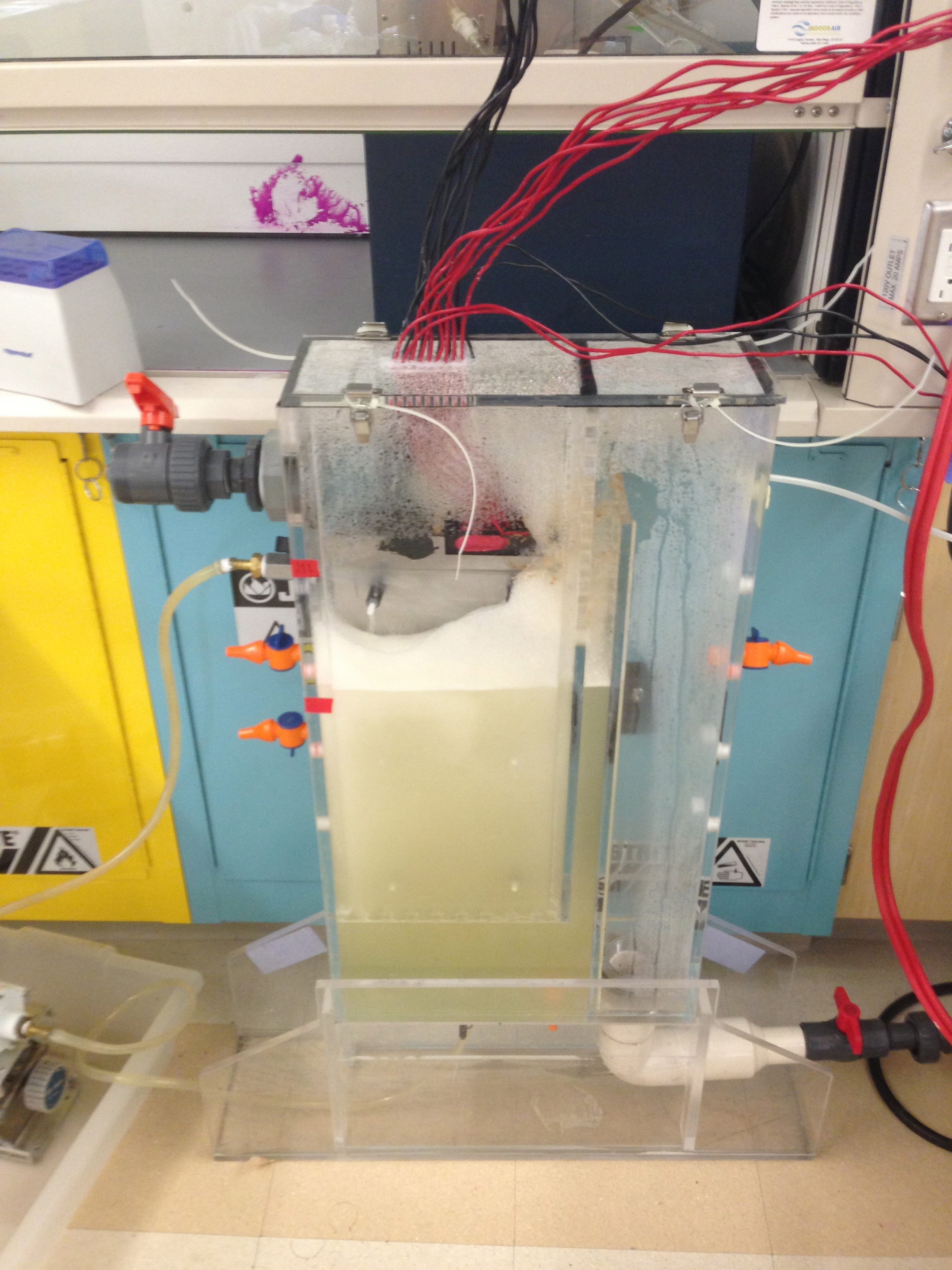 Arsenic taints drinking water in many parts of Asia, and the element can be abundant in industrial wastewaters or acidic drainage from mines. Now researchers have designed a way to increase the cost-effectiveness of removing toxic arsenic from water by coupling the cleanup with hydrogen fuel generation (Environ. Sci. Technol. 2014, DOI: 10.1021/es4046814).

To remediate arsenic-laced waters, engineers use a variety of methods to oxidize the more toxic form of the metalloid, called arsenite or As(III), to its less toxic form, As(V). As(V) also is easier to remove from water, because it readily adsorbs onto particles or coagulates with other chemical species to form insoluble complexes. The engineers rely on electrochemical, photochemical, biological, and conventional chemical approaches to carry out this oxidation.

Michael R. Hoffmann, an environmental engineer at California Institute of Technology, and his colleagues thought these processes could be more cost-effective if the methods produced fuel as they oxidized As(III). The idea grew out of their design for a solar-powered toilet, which won a Bill and Melinda Gates Foundation competition in 2012. The toilet uses a photovoltaic-powered electrochemical cell to break down human waste and produce hydrogen fuel. In such electrochemical systems, oxidation of organic compounds enhances the generation of hydrogen. So the researchers thought that arsenite oxidation might also boost production of the fuel.

To test the idea, they added arsenite to an electrochemical cell similar to the one in their solar-powered toilet. It has a semiconductor anode made of bismuth-doped titanium dioxide and a stainless-steel cathode that produces hydrogen from water in the presence of a NaCl electrolyte. When the researchers added As(III) to the electrolyte solution, it was oxidized to As(V) at the anode. Adding 1 mM As(III) increased the energy efficiency of hydrogen production by nearly 18%.

The researchers hypothesize that arsenite speeds up hydrogen production by scavenging reactive chlorine species, such as chlorine radicals and hypochlorous acid, that are produced by oxidation of chloride at the cell’s anode. These species normally compete with water molecules to be reduced at the cathode, limiting hydrogen generation.

The prototype would be best suited for scrubbing arsenite from acid mine drainage and industrial wastewaters, Hoffmann says, compared to cleaning up drinking water in Asia. That’s because the cell’s hydrogen production is most efficient at the millimolar-level arsenite concentrations often found in mine drainage. It is less efficient at micromolar concentrations of the ion, which are found in groundwater in India, Bangladesh, and other parts of Asia. Still, he says that the system could treat drinking water if allowed to react over long periods. And he points out that the hydrogen produced could help power the remediation. He and his team plan to test the prototype in India later this year.

“The concept is very appealing,” says Gregory V. Korshin, an environmental engineer at the University of Washington. “If it can enhance energy generation and simultaneously improve the degree of contamination, it would certainly be good news.”

However, Korshin notes that the device must be field-tested to determine its effectiveness. He says natural components in environmental waters, such as organic matter, could compete with arsenite in the system, reducing the efficiency of remediation.