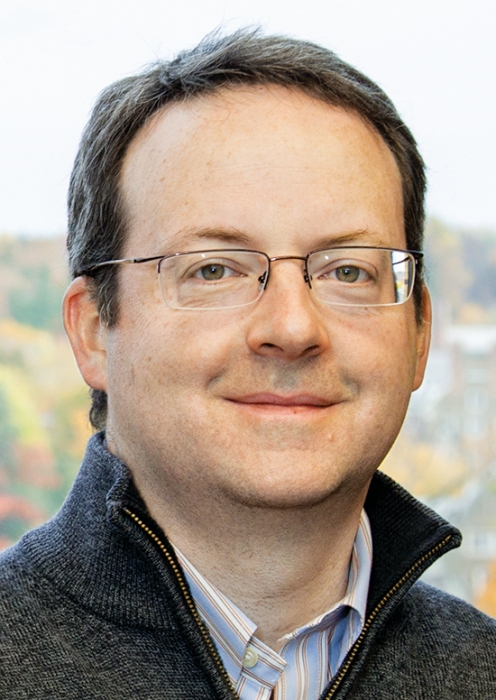 Polymer chemistry experienced a golden age in the 1950s and ’60s as chemists discovered new catalysts that enabled them to make many new types of polymers. Since that time, few chemists have introduced as many new catalysts for polymer synthesis as Cornell University’s Geoffrey W. Coates, who is being lauded for his expertise in polymerization catalysis and for an innate ability to keep making new polymers from already well-known chemistry.

One of Coates’s major achievements has been the discovery of catalysts for inserting CO2 into epoxides to make lactones and cyclic anhydrides. These compounds serve as intermediates for a range of chemical products and as monomers for ring-opening polymerizations. Coates’s group has also developed the first catalysts that allow the synthesis of highly stereoregular syndiotactic and isotactic polypropylene block copolymers—low-cost specialty polyolefin thermoplastics with customizable properties. Coates’s collective developments garnered him a 2012 Presidential Green Chemistry Challenge Award.

“Coates’s work shows most prominent examples of how chemistry can contribute to a sustainable world and how—in an unparalleled way—fundamental science can be transformed into applications,” says materials chemist E. W. (Bert) Meijer of Eindhoven University of Technology, in the Netherlands.

In 2004, Coates cofounded a company called Novomer to commercialize the catalyst platforms for converting CO2 and CO into polycarbonates and commodity monomers. The company is using his discoveries to make polymers with up to 50% CO2 by weight that can be used to replace petroleum-based plastics.

Coates and his group have also developed catalysts to prepare biodegradable polyesters from epoxides and cyclic anhydrides. Just a few months ago, the Cornell researchers reported using a chiral version of a cobalt catalyst to copolymerize propylene oxide and succinic anhydride to form poly(propylene succinate), the first member of a highly touted new class of stereocomplexed thermoplastics.

Coates has now turned his attention to developing polymers for energy storage and conversion applications. His group has created a new class of polyolefin-based anion-exchange membranes that exhibit unmatched stability. In the area of lithium batteries, for example, Coates has invented cross-linked polyethylene-polyethylene oxide materials that resist lithium dendrite growth, which is a problematic battery safety issue.

Coates, 48, received a B.S. degree in chemistry in 1989 from Wabash College, in Crawfordsville, Ind., and continued his studies with organic chemist Robert M. Waymouth at Stanford University, earning a Ph.D. in 1994. Coates then carried out postdoctoral research under the direction of olefin metathesis Nobel Laureate Robert H. Grubbs at California Institute of Technology, before he joined the faculty at Cornell in 1997. He was appointed Cornell’s first Tisch University Professor in 2008.

Among his honors and awards, Coates is a member of the American Academy of Arts & Sciences and was recognized as one of the World’s Top 100 Chemists for 2000–10 by Thomson Reuters. In 2001 he received an Arthur C. Cope Scholar Award from the American Chemical Society, and in 2009 he received the ACS Polymer Chemistry Division’s Carl S. Marvel Creative Polymer Chemistry Award and the ACS Award for Affordable Green Chemistry.

Coates will present the award address before the Division of Polymeric Materials: Science & Engineering.