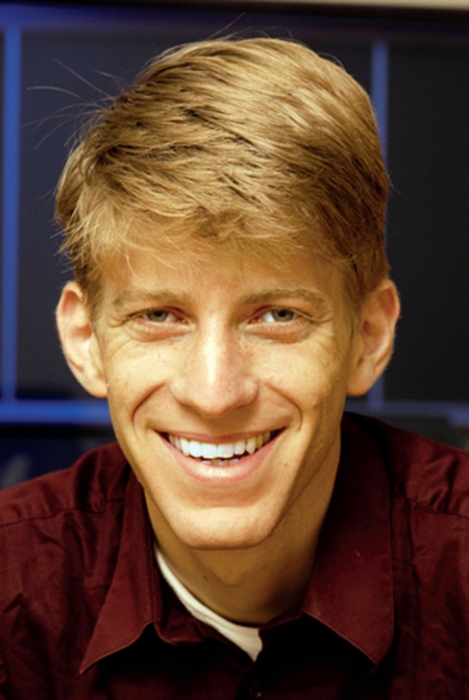 Adam E. Cohen can’t remember a time when he wasn’t interested in science. As a child growing up in New York City, he would collect abandoned TVs, radios, and computers from the city streets and take them home to figure out how they worked. Encouraged by his parents, who gave him as oscilloscope for his bar mitzvah, Cohen became something of an inventing wunderkind. As a teenager, he won first place in the Westinghouse Science Talent Search for inventing a nanoscale patterning technique.

After completing undergraduate work at Harvard University, Cohen went on to earn two Ph.D.s in physics—one in theoretical physics from England’s University of Cambridge and one in experimental physics from Stanford University. He then joined the faculty at Harvard, where he is currently a professor of chemistry, chemical biology, and physics as well as a Howard Hughes Medical Institute investigator.

At just 35 years old, Cohen has racked up an impressive list of accolades and now is being recognized with this ACS award for developing revolutionary techniques using light. For example, Cohen’s lab has developed a way to visualize the activity of neurons.

“Neurons communicate with electrical impulses—that’s the language of the nervous system. So every thought, feeling, dream, and sensation that we have is encoded in these electrical impulses,” he explains. But these impulses are invisible, just as electricity traveling through a wire is invisible.

Cohen wondered if he could render these electrical impulses visible using a microorganism that lives in the Dead Sea. This organism produces a protein that it uses to convert sunlight into a voltage that powers its metabolism. “I had the idea that maybe we could run this protein in reverse,” Cohen says. “Instead of having light come in and voltage go out, maybe we could use a change in voltage in the cell to produce some optical signal that we can detect.”

Not only is this work interesting intellectually, notes Harvard’s George M. White­sides, but it is also practical. “His method of visualizing the propagation of nerve impulses from the cell body of a neuron into its axon and dendrites, and from neuron to neuron, will revolutionize our understanding of the biophysical chemistry of action potentials, and potentially be enormously useful in applications from neural disease to neuropharmacology,” Whitesides says.

“Cohen has succeeded in doing something of great potential value and novelty in an area that is littered with prior failure,” adds Stanford University’s Steven G. Boxer. “There are very few scientists in chemistry in this age group who have achieved such an important breakthrough.”

Cohen “is one of the brightest rising stars in chemistry, and also in the application of chemistry and physics to biology,” notes Stanford’s Karl Deisseroth. “He has great instincts and profound creativity, which have brought him to the very top of this field.”

Cohen will present his award address before the Division of Physical Chemistry.

Profiles
9 Black chemists you should know about
Obituaries
Obituary: Arthur D. Broom
Obituaries
Obituary: Robert R. Holmes
Share X
To send an e-mail to multiple recipients, separate e-mail addresses with a comma, semicolon, or both.
Title: ACS Award In Pure Chemistry
Author: Bethany Halford
Chemical & Engineering News will not share your email address with any other person or company.