The ACS Scholars Program At 20: Changing The Face Of Chemistry 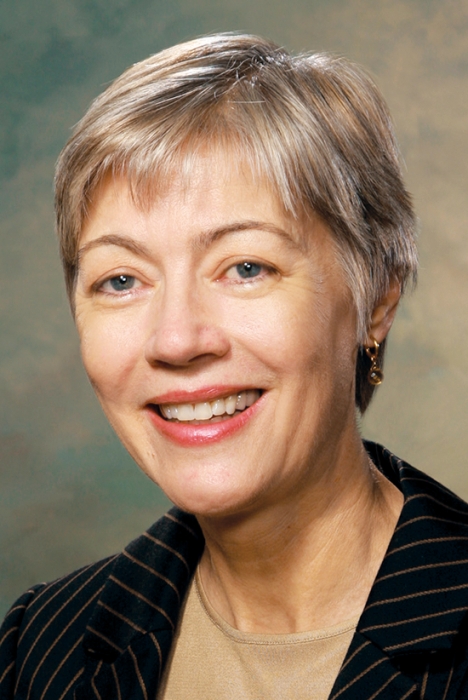 In the early 1990s, a group of concerned American Chemical Society leaders, including 1991 President S. Allen Heininger, began meeting regularly about the underrepresentation of African Americans, Latinos, and Native Americans in ACS (in both membership and governance) and the chemistry profession. Their rationale was simple: Rapidly changing demographics predicted that the U.S. needed to find ways to use the talents of all its citizens.

Out of this concern, the ACS Scholars Program was born in 1995 with a simple goal: Change the face of chemistry by ensuring that gifted, underrepresented minority students with financial need are given the optimal chance to succeed through a combination of scholarships, mentoring, and internships.

Now, 20 years later, the ACS Scholars Program has a lot to celebrate: ◾ There have been 2,500 scholars since inception; 320 per year currently receive financial aid. ◾ Their undergraduate graduation rate is 95%; 80% stay in the chemical sciences. ◾ To date, there are 200 Ph.D. alumni of the program; another 200 Ph.D.s are in the pipeline. ◾ Hundreds of alumni are employed in corporations and national laboratories, and 36 are employed as university faculty.

How have ACS Scholars achieved these highly impressive results? From the program’s inception, volunteer leaders and dedicated ACS staff recognized that to keep students motivated required not simply financial aid but also mentorship and the opportunity for summer internships. Numerous companies have contributed funds and provided summer research experiences to ACS Scholars. Specifically, since 1995, more than 40 companies as well as foundations and hundreds of individual ACS members have donated. And every year, ACS provides the opportunity for scholars entering their junior or senior years to present their research in poster sessions at national meetings.

This multipronged approach has worked to keep students, many of them the first in their family to attend college, from being overwhelmed by student debt and becoming discouraged or dropping out. The human impact of mentoring sets the program apart. In fact, the ACS Scholars Program was recognized in 2001 with the Presidential Award for Excellence in Science, Mathematics & Engineering Mentoring, which is administered by the National Science Foundation.

Through the years, financial support for the program has come from a combination of ACS and corporate or foundation sponsors in a roughly 50:50 ratio. The total funding since 1995 is $23.6 million. ACS is grateful to the corporations and foundations that have contributed to this program, but to keep it thriving, in addition to annual donations, an endowment needs to be established. For example, 25% of the ACS Project SEED stipends for high school summer internships come from the Project SEED Endowment. The ACS Scholars Program would benefit significantly from a similarly sized endowment in the range of $5 million to $10 million.

This is an achievable goal, but we need the support of ACS members. The ACS Board of Directors has authorized the ACS Scholars 20th Anniversary Appeal to raise awareness of this highly effective program and to seek donor support for both scholarship funding and an endowment. Madeleine Jacobs, who has just retired as ACS executive director and CEO, has been named the honorary chair of the appeal. Madeleine, a tireless advocate for the ACS Scholars Program since its inception, is also a mentor and major donor.

In addition, Carlos Gutierrez, a professor at California State University, Los Angeles, and ACS President Diane Grob Schmidt are serving as cochairs. Carlos was chair of the Committee on Minority Affairs when the scholars program was initiated, and as he says, “The program turned into one of the most significant aspects of my career.” Diane is a longtime supporter of the program through her advocacy at Procter & Gamble, a major corporate donor as well as employer of ACS scholars.

The relevancy of the ACS Scholars Program in today’s world is greater than ever. A 2013 NSF study revealed that although minority students’ share of bachelor’s degrees in science and engineering had increased since 1991, most of the growth was attributable to degrees in psychology, the social sciences, and computer science. Furthermore, the study found that between 2000 and 2013, minorities’ share of degrees in physical sciences and engineering remained flat.

I hope you will be inspired by the personal stories of ACS Scholars who are being profiled monthly in C&EN during this 20th anniversary year.

In addition, I am personally struck by the statement of Keith G. Reed, who was an ACS Scholar in 2000–04 and is now employed at ExxonMobil: “Having the mentorship was what really did it for me. Having folks ask me, ‘Why wouldn’t you get your Ph.D.?’ That was a great question! No one had ever asked me that before, and I’d never thought of it. They really inspired me to want more out of my academic career, and ACS pushed that.”

Let’s seek to develop the talent of all in our nation and promote diversity and the future leaders of our profession. Please consider making a donation to the ACS Scholars Program online at www.acs.org/dreams, or contact Mary Bet Dobson (M_Dobson@acs.org) to learn about endowing a scholarship in perpetuity. Thank you for this opportunity to highlight how the ACS Scholars Program has changed the face of chemistry.

ACS News
The ACS Scholars Program celebrates 25 years
Comment
ACS Project SEED: The next 50 years
Careers
Celebrating Project SEED’s impact
Share X
To send an e-mail to multiple recipients, separate e-mail addresses with a comma, semicolon, or both.
Title: The ACS Scholars Program At 20: Changing The Face Of Chemistry
Author: Catherine Sigal, Chair, ACS Development Advisory Board
Chemical & Engineering News will not share your email address with any other person or company.

Comments
Thomas Jung (March 19, 2015 3:26 PM)
The ACS Scholars Program has made an incredible impact on my life.