Walk The Walk
Credit: U of Minnesota Applied Motion Lab
Pedestrian interactions can be modeled using the "anticipation force".

We walk down busy sidewalks, navigate narrow subway platforms, and squeeze through stadium exits after the big game. Somehow we all manage to make our way through crowds fairly intuitively without ramming into each other. But how?

Researchers have long simulated crowds to create more realistic movies, better evacuation plans, and less-congested music events. Many of these simulations treat people like repulsive particles, liable to jump out of the way when nearby pedestrians get too close. But those models don’t explain why people in crowds tend to group together in like-direction packs—forming lanes of traffic—and have the ability to anticipate and avoid potential collisions. 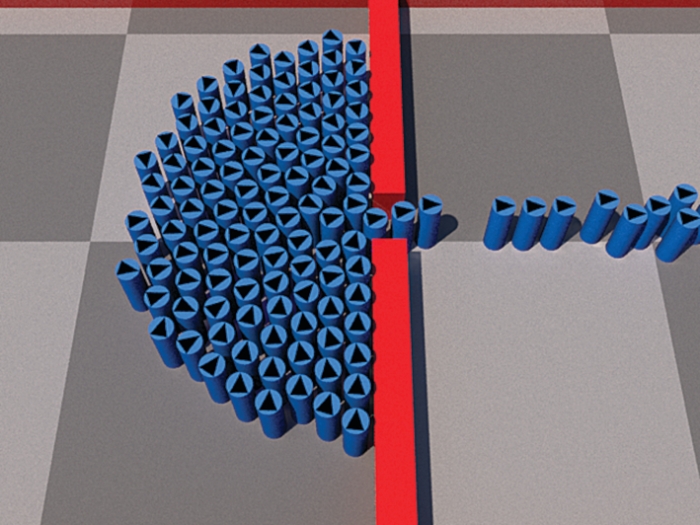 Now a project led by Stephen J. Guy of the University of Minnesota, Twin Cities, has created a new model for crowd simulation that focuses on that “anticipation force,” or knowing when to move to avoid slamming into someone (Phys. Rev. Lett. 2014, DOI: 10.1103/physrevlett.113.238701). And it turns out we’re a bit smarter than repulsive particles—subconsciously, at least.

Pesky Personslities
Credit: Reuters
The scientists that discovered cockroaches have personalities describe their work in this video.

By studying videos of real crowd interactions, the team discovered that the main factor people take into consideration isn’t the separation distance between them and others, but rather the predicted time to a potential future collision. So someone milling about nearby isn’t necessarily a reason for a person to change course, but someone sprinting directly at the person might be.

This study suggests, then, that there is a fundamental statistical law that governs all people in all types of crowds.

Buddhists refuse to squash even that peskiest of life-forms: the cockroach. A recent study led by Isaac Planas-Sitjà at the Free University of Brussels, in Belgium, gives their position some scientific leverage. As it turns out, cockroaches might just have individual personalities. 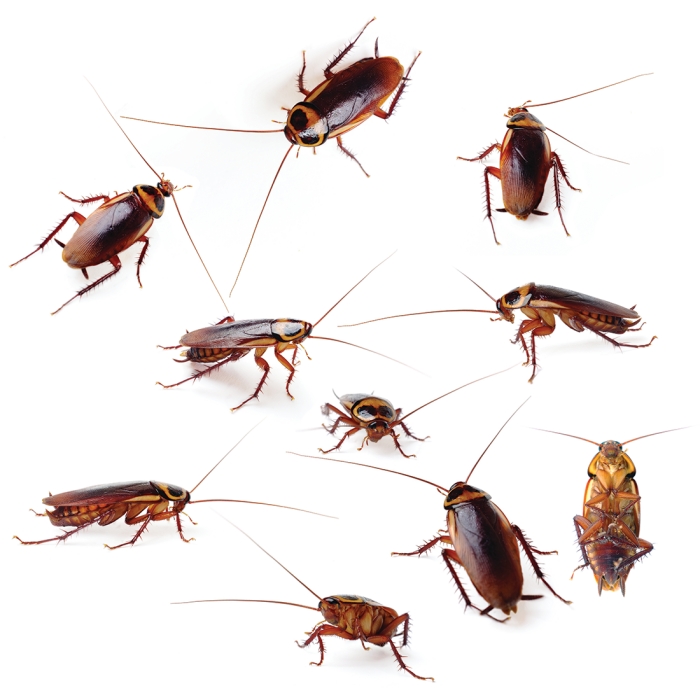 To study cockroach behavior, the team affixed chips to roaches’ backs and set them loose in a contained space with a bright light. They also placed a couple of shade-providing shelters as refuges for these insects, which are both light-averse and prefer to be in groups. For three hours, they monitored where each cockroach went, based on movements recorded on the chips.

The roaches all eventually ended up under the shelters, but the time it took for the entire group to seek refuge varied from trial to trial. Some roaches headed straight for cover, whereas others went exploring. This individual decision-making is a far cry from the group-minded, socially hierarchical behavior of ants or termites. It suggests, the researchers say, that cockroaches have individual personalities.

This individuality and lack of herd mentality, Planas-Sitjà and coworkers note, might explain why cockroaches are able to survive harsh conditions: The more adventurous roaches might venture out to see if the coast is clear, while the more cautious hang back, just in case.

That it has a personality might be something to consider next time you run into a roach. Then again, there’s no scientific word on whether the bubbly, extroverted ones are any less gross.

Materials
Getting all touchy feely and being prepared
Education
For arthropod escape artists, survival depends on size
Biological Chemistry
How oysters and whales are more like us than we thought
Share X
To send an e-mail to multiple recipients, separate e-mail addresses with a comma, semicolon, or both.
Title: Navigating Crowds, Cockroach Personalities
Author: Sophia L. Cai
Chemical & Engineering News will not share your email address with any other person or company.