The 249th ACS national meeting took place in Denver at the end of March. It was my first as ACS staff, and it was a superb experience. A lot of interesting science was discussed and many scientists—approximately 14,000—from all over the world were in attendance. Over the past couple of weeks, online and in print, C&EN has been covering some outstanding science presented at the meeting. In addition, in this issue, you can find a selection of interesting images of the meeting on pages 30 and 31. 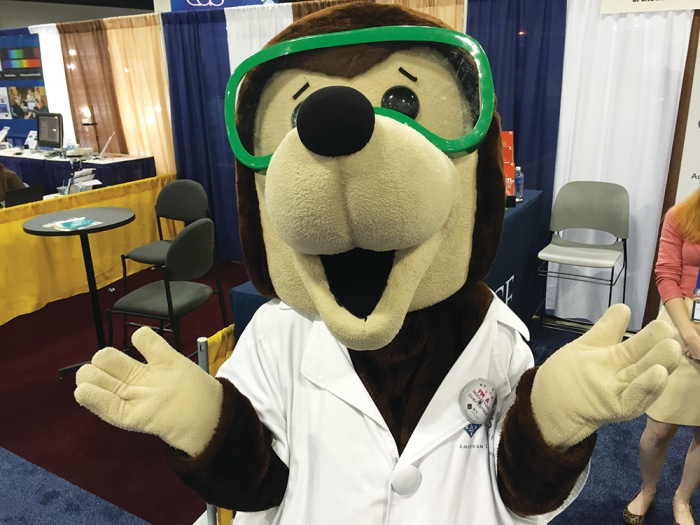 One of the most high-profile events of the meeting was the launch of ACS Central Science, the society’s first open access journal. To commemorate this milestone, meeting attendees, including Editor-in-Chief Carolyn Bertozzi, were challenged to ascend a rock-climbing wall that had been set up on the exhibition floor. Bertozzi also had the opportunity—from the safety of a tall chair at ground level—to share her vision during a Q&A at the ACS booth, where she was joined by the University of Oxford’s Ben Davis, one of the members of the multidisciplinary journal’s advisory board.

A highlight for me was the opportunity to meet 2015 Priestley Medalist Jackie Barton. The March 23 issue of C&EN, published the week of the meeting, dedicated the cover to her and included a feature about her life, career, and achievements. C&EN organized an event at the ACS booth for her to sign copies of the magazine; it was very well attended, with many young scientists queuing up to meet, congratulate, and draw inspiration from her.

I also had the opportunity to attend the ACS Awards Dinner and see Barton receive the Priestley Medal from ACS President Diane Grob Schmidt and President-Elect Donna J. Nelson. Barton delivered a great acceptance speech—humorous, emotional, and insightful. It was inspiring. You can see if you agree with me because Barton’s Priestley address is also part of the March 23 C&EN cover package.

But the meeting event that had the biggest impact on me was the Committee on Minority Affairs Luncheon. The keynote speaker was Dorothy J. Phillips, a member of the ACS Board of Directors, and she had many of us close to tears during her presentation, “Crossing the Road: Risk and Opportunity.”

She shared with us her life story. While growing up in a house of 12 in the segregated South, her ambition as a little girl was “to become a lawyer and then the President of the United States.” In the socially and politically tumultuous time, she chose—as had her father, a Baptist minister and her role model—to “cross the road” of segregation and make a change. She was determined to become a leader and the best chemist she could be. Her mantra of “You must want to be the best” drove her to graduate as the first African American woman to receive a college degree from Vanderbilt University and then the first to get a Ph.D. from the University of Cincinnati. That was in 1974, and after a 30-plus-year career in industry, one could say that Phillips has crossed (and continues to cross) many a road.

During the meeting C&EN ran a social media campaign, asking attendees to describe their job in one word, which we live tweeted at #cenoneword. It was fun and positive, and we invite you to share your one-word description of your job. Just go to http://cenm.ag/cenfb and join the conversation. For inspiration, you can find posts from others including ACS CEO Tom Connelly and ACS President Grob Schmidt at http://cenm.ag/cenoneword.