While spending will vary widely depending on views of opportunity, caution prevails overall 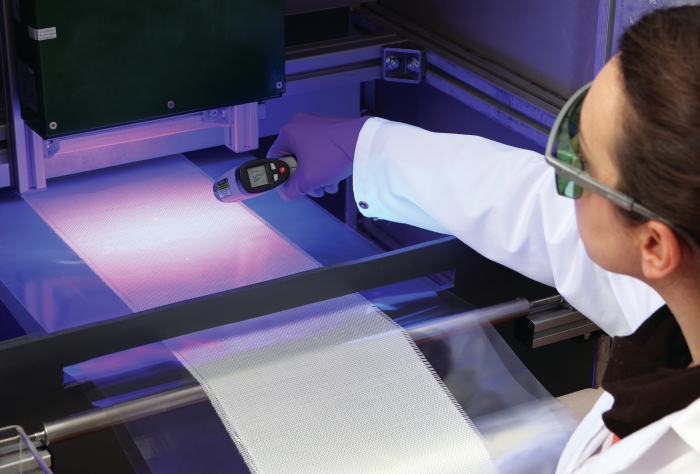 Some of the chemical industry’s biggest companies plan to increase research investment this year, but they are holding back on capital spending.

The strong U.S. dollar, a weak economy in Europe, and slower growth in China are complicating forward-looking spending plans for many chemical companies this year. Individually, plans vary widely, but as a group, firms are taking a cautious approach to future-oriented spending. In some cases they are looking to university research alliances to get more bang for the buck.

For an interactive look at Capital Expenditures and Research Costs visit http://cenm.ag/spending2015.

For a PDF of the charts in this article click here.

Twenty-two U.S. and European firms say they will decrease spending on new plants and equipment by 4.4% to $22.9 billion.

The capital spending outlook is colored by BASF, which because of its size has a strong influence on industry statistics. It plans to decrease its 2015 budget by nearly $1.5 billion because it is pulling back on its oil and gas investments. Without BASF, the group plans a 2.4% increase in capital spending this year.

Although the immediate outlook for future-oriented spending may be cloudy, industry leaders acknowledge its importance to advancing their businesses.

At a press conference in Germany last month to showcase Evonik Industries’ research engine, Chairman Klaus Engel said his firm will invest about $5 billion in R&D over the next decade. “Innovations open up new business areas and strengthen our leading market and technology positions,” he said.

To fulfill Engel’s promise, Evonik is trying to speed up the delivery of new products to customers, Ulrich Küsthardt, who became chief innovation officer earlier this year, tells C&EN. “Product life cycles are shorter” than they were a decade ago, he says.

With an R&D budget this year of about $550 million, Evonik intends to beat the competition in part by further internationalizing the core research it now conducts mostly in Germany. For example, to focus on medical devices, the company recently opened a project house—intended to gather experts from across the company for a two- or three-year project—in Birmingham, Ala.

“We will ask ourselves where the best location is to do research, and it won’t always be in Germany,” Küsthardt says. Interestingly, that research won’t focus on basic science. It will instead seek to commercialize new ideas from the many university researchers Evonik supports.

It wasn’t too many years ago, Küsthardt acknowledges, that working with universities could be difficult because of disputes over intellectual property ownership. But “precontract licenses and more professional practices have smoothed the way with universities,” he says.

Now Evonik can depend on university researchers to do what they do best and allow the company to do the same. “Academicians are much better at focusing on invention,” Küsthardt says. “They are good research partners and bring interesting ideas. We focus on innovation.”

Plant and equipment spending will slip after increasing steadily over four years and slide to 6.3% of sales. NOTE: Values are for 21 chemical firms listed in the table below. Excludes Evonik because 10 years of data are not available. SOURCES: C&EN surveys and estimates

Other chemical firms have a similar take on the interface between innovation and academic research. “Innovation should not be fortuitous. It should create products that should be forseen by the market and have a predictable value,” says Stephen G. Crawford, chief technology officer at Eastman Chemical, which plans to spend about $234 million on R&D this year.

Crawford acknowledges that Eastman’s scientists could develop new molecular approaches on their own. But “it’s not efficient to build all organic capabilities ourselves,” he says. “So we look at academic research as a complement to our own development ­efforts.”

For Crawford, research at Eastman involves meeting the needs of customers with a blend of internal resources and external academic alliances. “It’s like a large orchestra,” he says. “Who plays depends on each unique project.”

When Eastman brings in academic researchers on important projects, one of the relationships it draws on is a collaboration with scientists at North Carolina State University in Raleigh. Three years ago, the firm set up the Eastman Innovation Center on the school’s Centennial Campus.

A team of six Eastman scientists works out of the center alongside researchers at the school, says Stewart Witzeman, who is the center’s director. The center anchors a $10 million effort over six years to fund projects on matters ranging from fundamental chemistry to applied materials research.

Eastman and the school negotiated a schedule of costs and intellectual property arrangements to avoid any arguments over future discoveries. The arrangement recognizes that an academic advance is viable only after Eastman puts a lot of development effort behind it, Witzeman says. A new commercial chemical product can’t be compared with a new pharmaceutical, he points out.

So far, eight patents have been filed as a result of work Eastman funded. In addition, several new products aided by NC State researchers have been moving through the firm’s development pipeline. Eastman plans to pen similar arrangements with other universities in the coming year, Witzeman says.

Over the past decade, R&D spending for the group—excluding Evonik, for which 10 years of data are not available—was up about 20%. But factor in inflation and spending hasn’t increased at all, suggesting that at least for this group, the innovation engine is just maintaining highway speed.

For years the mantra of corporate leaders has been that R&D managers can’t blithely spend more each year. Instead, they need to get more done per dollar of investment.

As Eastman and Evonik executives describe them, academic collaborations are part of the answer. Through such arrangements, chemical firms can both tap university talent and control costs in an uncertain global economy.

For a PDF of the charts in this article click here.

Many people believe that numbers don’t lie. Indeed, they do not. But the devil in getting those numbers in sufficient quality and quantity to tell an accurate story.

When it comes to assembling the data for its annual R&D and capital spending story, C&EN relies on both official company reports and predictions relayed by executives via e-mail or phone interviews. The goal of the exercise is to get a finger on the pulse of the chemical industry’s spending expectations for the year ahead.

However, as the chemical industry has grown and matured in the past 25 years, R&D doesn’t seem to hold the importance it once did. In 1988, when this reporter wrote his first future-oriented spending story and surveyed firms for their research spending plans, 15 of them provided a number. For this year’s story, only eight companies stepped up to the challenge.

“There are always issues” in gathering data for a study that intends to forecast research spending, says Martin Grueber, a research leader at Battelle Memorial Institute, a nonprofit industrial R&D organization. Grueber is coauthor of a periodic R&D and funding forecast sponsored by Battelle and R&D Magazine.

Corporate attitudes about disclosing R&D spending figures vary by industry, Grueber says. Companies in the automotive industry hardly ever talk about research spending. In contrast, for the big research-oriented pharmaceutical firms, “the company is their R&D pipeline,” and they more willingly talk about their spending outlook, he says.

Chemical companies, it would seem, are evolving to be more like the automakers.

When chemical firms spend on plants and equipment they are building market positions that promise profits. R&D spending doesn’t offer the same certainty. And in today’s world, where activist investors dominate the discussion about how chemical firms spend their money and how much of it should be returned to shareholders, firms may consider it best not to showcase their research budgets.

Back in 1988, Myron T. Foveaux, an economist with the Chemical Manufacturers Association, the major U.S. chemical industry trade organization, was concerned that R&D spending increases appeared to be falling below the average annual rate of 12.7% for the decade between 1977 and 1987. The 1988 increase C&EN predicted was 6%. The average annual rate of increase between 2005 and 2015 is about 2%.

Foveaux, who worked for the group today known as the American Chemistry Council, noted that “spending for R&D for new products traditionally has been the engine of growth for the chemical industry.”

But investors today don’t seem to share Foveaux’s view. They want quick returns on R&D investments. “Sometimes you get those returns and sometimes you don’t,” Battelle’s Grueber notes.

“Many investors don’t have a good grasp of how hard R&D is,” Grueber says. “If you can get away without saying something, it raises fewer questions,” he suggests.

But while the paucity of information may safeguard plans held close to the vest, it also stymies attempts to gauge how strongly the industry’s heart is beating.

With fewer firms willing to disclose R&D spending plans, C&EN will find it increasingly difficult to offer a prognosis on the health of the chemical industry’s wealth creation engine in future installments of this survey.

R&D spending will remain steady but slip as a percent of sales. NOTE: For seven chemical firms listed in the table above. Excludes Evonik because 10 years of data are not available. SOURCES: C&EN surveys and estimates, White House Office of Management & Budget

Investment
Future-oriented spending begins a tepid recovery in the chemical industry
Business
Future-oriented spending down in 2016
Business
Great Expectations For Research And Capital Spending
Share X
To send an e-mail to multiple recipients, separate e-mail addresses with a comma, semicolon, or both.
Title: Chemical Makers Will Boost R&D But Slice Capital Spending In 2015
Author: Marc S. Reisch
Chemical & Engineering News will not share your email address with any other person or company.