Ten Years Of Growth For The Festival De Química 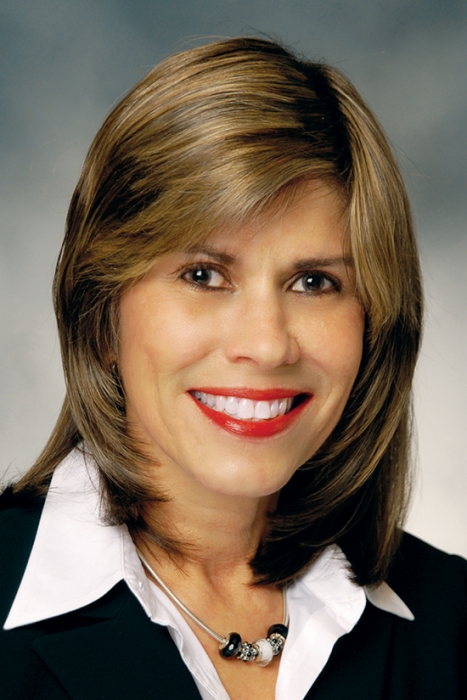 Many people spend less than 5% of their lives in the classroom, so the best way to increase the public’s understanding of chemistry is during the remaining 95% of their lives. In fact, chemistry learned in a classroom does not always resonate with today’s children, but education in informal environments can improve the perception of the relevance of chemistry in their lives. By learning science outside the classroom, children become more engaged because they enjoy the process of informal learning.

The ACS Festival de Química, or Festival of Chemistry, brings this type of experience to children and youth around the world. The festivals are community outreach events designed to promote the understanding of chemistry in local communities.

Prior to each festival, a training session is conducted for volunteers. In this training, instructors emphasize the importance of using a discovery approach to explain different concepts for each experiment that will be presented during the festival. At the event, the newly trained volunteers give simple demonstrations to the attendees and create an informal learning environment for participants to learn about chemistry using household materials.

In 2005, William F. Carroll Jr., ACS president at the time, supported my proposal to celebrate Festival de Química as part of the ACS national meeting in San Diego. “The festivals are important because they take chemistry to the public,” he stated. “They are also important because they teach student volunteers a little about how to teach chemistry and a lot about how to be Chemistry Ambassadors.” The San Diego festival was the first outreach at a national meeting intended to target the Hispanic population. After the big success of the event, Festival de Química was established as the ACS Puerto Rico Section’s official, annual outreach event.

The Festival de Química concept has now grown into an ACS-packaged training and demonstration module for local chemistry communities all over the world. By engaging, training, and recognizing ACS members and local chemists as festival volunteers and Chemistry Ambassadors, ACS empowers organizers to continue doing outreach activities in their own communities. Since 2010, the Festival de Química has grown tremendously; there have been 20 festivals with nearly 2,400 volunteers trained and 29,000 attendees.

Festivals have been held in various countries around the world including Chile, Colombia, Mexico, and Peru. And in 2014, the festival acquired another language: Chinese Chemical Society members, ACS members in China, and Peking University faculty translated materials to Mandarin. One festival was conducted in Mandarin at Peking University, in Beijing, during the 29th Congress of the Chinese Chemical Society in August, and in October, the ACS International Chemical Sciences Chapter in Shanghai staged its own festival at Fudan University, in Shanghai.

According to survey results from those two festivals as well as ones held in Lima, Peru, and Puerto Rico that same year, the percentage of participants considering chemistry “impressive” increased on average from 19% to 51%, while those who considered chemistry “bad” or “boring” decreased from 7% to 0%—after just one event!

Volunteers themselves—mostly undergraduate and graduate students majoring in chemistry—find enormous value in their participation. Explaining concepts to the public that were once difficult to them as students is one of the greatest satisfactions that volunteers describe. Just to convey to people the passion they feel for science and chemistry makes them value and understand the importance of their career choice even more.

“The Festival de Química is a wonderful event that helps children, their parents, and teachers appreciate the importance of chemistry in their daily lives,” notes ACS President Diane Grob Schmidt. “I am so grateful to the ACS members who share their passion for chemistry through these festivals.”

As 2015 marks the 10th anniversary of the first Festival de Química, the ACS International Activities Committee (IAC) is pleased to announce the creation of a grant program for both new and existing festival organizers. “IAC will continue to be a resource for ACS Festival de Química,” committee chair H. N. Cheng says. “The festival has proven to be an excellent conduit for international cooperation and enhanced public appreciation of chemistry around the world.” Starting later this year, grants will be available to help international festival organizers support their ACS community outreach events.

For more information regarding the Festival de Química and future grant opportunities, visit www.acs.org/festival. All resources are available in English, Spanish, and Mandarin. If you are interested in hosting a festival, contact Patricia Kostiuk in the ACS Office of International Activities at p_kostiuk@acs.org.

I want to take this opportunity to thank all the volunteers who have helped make the Festival de Química a success.

Elections
For director-at-large: Ingrid Montes
Comment
ACS’s educational outreach: When rain gives way to flowers
Education
National Chemistry Week: The program that brought chemistry to the public
Share X
To send an e-mail to multiple recipients, separate e-mail addresses with a comma, semicolon, or both.
Title: Ten Years Of Growth For The Festival De Química
Author: Ingrid Montes, ACS Director-At-Large
Chemical & Engineering News will not share your email address with any other person or company.