Low on cash, the company needs to act fast to stay in business

Metabolix may soon disappear. The biobased chemical company’s managers have a new strategy to position its polyhydroxyalkanoate (PHA) polymers as specialty materials rather than mass-market plastics. But time may run out for the company before the plan works.

Metabolix is on a trajectory to run out of money by the end of the year. To survive, it will need to convince investors to, once again, dig into their pockets.

BIODEGRADABLE
[+]Enlarge
Credit: Metabolix
Metabolix is focusing on applications such as Zoë b Organic’s beach toys. 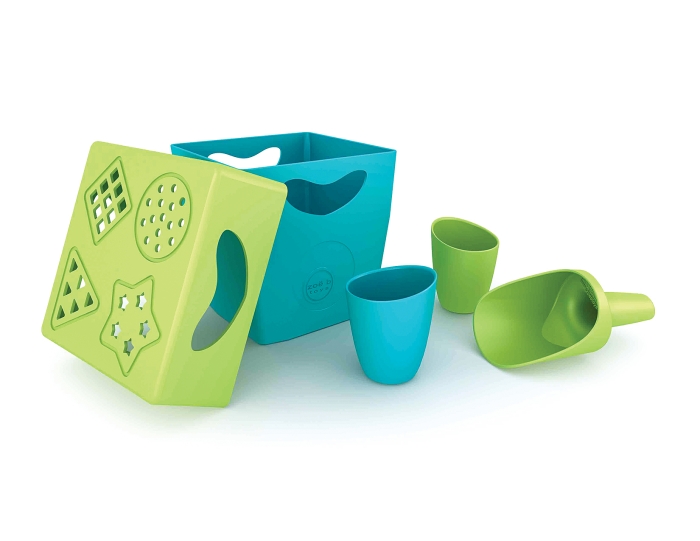 Credit: Metabolix
Metabolix is focusing on applications such as Zoë b Organic’s beach toys.

It wasn’t that long ago that Metabolix was living the start-up dream. The company, publicly traded on the NASDAQ exchange, had a joint venture with Archer Daniels Midland (ADM) in which the agricultural processing giant built and paid for a fermentation plant in Clinton, Iowa, that boasted the capacity to make 110 million lb of PHA per year.

However, in 2012, only two years after production began, ADM shut the plant and walked away from the partnership. ADM executives worried about mounting costs and the slow rate of market adoption. According to a Metabolix regulatory filing at the time, the venture couldn’t even meet a milestone of 1 million lb of product sales.

ADM wrote off its $339 million investment in the plant. Metabolix retained intellectual property and struck out on its own.

After limping along for a couple of years, Metabolix is now in dire financial straits. The company did win a $25 million injection of cash last August from investors such as Crabtree Partners founder Jack W. Schuler, Oracle Investment Management, and Birchview Capital.

However, it burned through $24 million last year and expects to spend another $23 million this year. At the beginning of this year, the company had only $20 million on its books.

Compared with this kind of spending, Metabolix’s revenues—only about $645,000 during the first quarter—are a drop in the bucket. “We need to raise money again this year,” acknowledges the firm’s new chief executive officer, Joseph Shaulson.

To get back on track, Metabolix is trying to create a niche for PHA’s unique properties. Foremost among these, the polymer is fully biodegradable, meaning it will break down in the ambient environment on land or at sea. Most other biodegradable polymers, such as polylactic acid, break down only under composting conditions.

This property might make PHA ideal for use as microbeads. These plastic beads—usually made of polyethylene—are less than 1 mm in diameter and are added as an abrasive ingredient in personal care products. In recent years, microbeads have been found in waterways, notably the Great Lakes (C&EN, Sept. 16, 2013, page 23). Illinois passed a ban on synthetic, nonbiodegradable microbeads last year, and companies such as Unilever and Procter & Gamble have been phasing them out.

“The advantage of PHA is you can grind it and give it a particle size and shape that will perform similarly to polyethylene,” says Max Senechal, Metabolix’s vice president for strategy and commercial development. “The bigger advantage is that the particles will marine degrade, depending on the environment, in anywhere from two to three weeks to a month.”

Shaulson, who had been with Arch Chemicals until it was acquired by Lonza, refers to this property as “functional biodegradability.” He’s looking to apply PHA where it can do the most good—particularly applications for which plastics will unavoidably end up in the environment—and command a premium price. Other applications include agricultural ties and beach toys.

During the days of the ADM venture, Metabolix’s strategy was to go after any and all plastics applications. “There was the notion that if you have a biodegradable plastic that has the basic material properties of the nonbiodegradable one, why would you make anything out of nonbiodegradable plastic again?” Shaulson says. “That isn’t necessarily the right concept because there are other ways to deal with plastic at the end of its initial life, like recycling.”

Under that strategy, problems that looked like opportunities didn’t materialize. For instance, bans on plastic shopping bags didn’t present an opening because they tended to also include bags made out of biodegradable materials. The trash bag market didn’t develop as fast as hoped because municipalities have been slow to roll out collection of compostable materials.

The company began its pivot away from the commodity strategy when the ADM venture broke up. Shaulson made it the firm’s central focus when he came aboard last year.

Steven Slome, a senior consultant for Nexant, points out that Metabolix isn’t the first biobased materials company that started out aiming for commodities but ended up in specialties. Algae specialist Solazyme first targeted biofuels. Now, the company is best known for its Algenist skin care products, which contain its algae-derived Alguronic Acid. Jars sell at the retailer Sephora for upward of $100.

Selling in expensive markets helps pay the bills when a start-up’s scale is small and its materials are still costly to produce, Slome says. “It is a smarter strategy because you capture the value you can out of your product, and then you work your way into commodities.”

Still, Slome sees an uphill climb for Metabolix because it has to establish itself in small markets before it runs out of money. It has PHA competitors such as Bainbridge, Ga.-based MHG. And Metabolix bears the scars from the failed ADM venture. “Because ADM had a significant investment that they walked away from, it leaves potential investors and partners wondering ‘What did ADM know that I should?’ ” he says.

But Metabolix is pressing on while it still can. The company is even exploring an application that has nothing to do with biodegradability. PHA happens to be highly miscible with polyvinyl chloride. As an additive, PHA prevents plasticizers from migrating out of flexible PVC, Shaulson says. This migration is why flexible vinyl becomes brittle and disintegrates over time.

PHA is also being used as a modifier for polylactic acid, a notoriously brittle polymer that becomes tougher when PHA is added.

As it pushes into specialties, Metabolix is trimming in other areas. The company has shelved efforts to depolymerize PHA into high-volume chemicals such as butanediol and acrylic acid. “We spent a lot of time focusing on that, which is ultimately another commodity play,” Shaulson says.

Similarly, the company is spinning off its efforts to grow PHA directly in plants such as switchgrass. The company says its research created technology that can be applied generally to improving yields in feed and biomass crops.

It also has scaled back production. Metabolix’s potential output is a far cry from when it ran a giant plant with one of the world’s largest agricultural firms. The company is expanding a pilot plant run by a contract manufacturer that will have an annual capacity of a mere 600,000 lb.

When asked whether Metabolix has enough time to execute its plans and get on its feet, Shaulson reacts calmly, as if he were running a prestige project in a large corporation rather than a start-up at the end of its rope. “I sort of look at it as an ongoing process,” he says. “The goal is to build a successful specialty materials business, and we’re going to do that at the pace the business develops.”

Recycling
Chemical recycling of plastics advances
Biobased Chemicals
PHA: A biopolymer whose time has finally come
Investment
BASF to exit Synvina joint venture with Avantium
Share X
To send an e-mail to multiple recipients, separate e-mail addresses with a comma, semicolon, or both.
Title: The Final Hour For Biobased Plastics Maker Metabolix
Author: Alexander H. Tullo
Chemical & Engineering News will not share your email address with any other person or company.