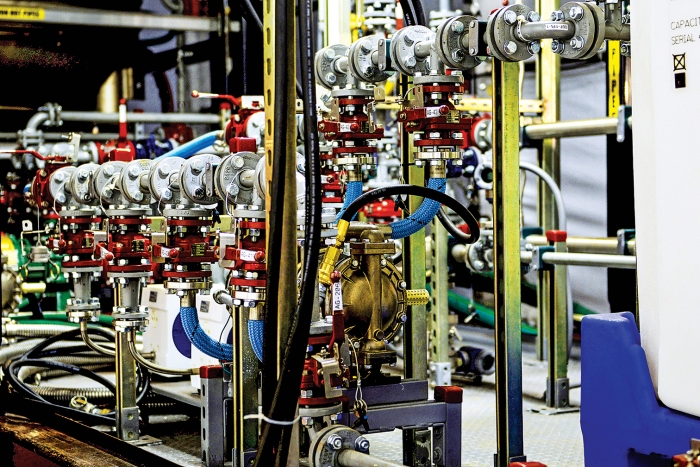 All liquid waste resulting from the neutralization of Syrian chemical weapons aboard the U.S. vessel Cape Ray has been eliminated, says the Organisation for the Prohibition of Chemical Weapons (OPCW), a United Nations-affiliated group. Last year, U.S. military and civilian specialists destroyed at sea almost 600 metric tons of sulfur mustard agent and methylphosphonyl difluoride (DF) from Syria’s chemical weapons stockpile. DF is a precursor chemical for manufacturing the nerve agent sarin. OPCW says its inspectors have verified the disposal of approximately 336 metric tons of sulfur mustard effluent at a government facility in Germany. In addition, the organization says it will shortly deploy an inspection team to Finland to verify the disposal of 5,463 metric tons of DF effluents at a commercial waste facility there. Of the 1,328 metric tons of chemical weapons agents declared by Syria, only 16 metric tons of hydrogen fluoride remains to be destroyed at a commercial facility in Port Arthur, Texas. The destruction of a dozen former chemical weapons facilities in Syria is also under way.