Biotechnology: Scientists and lawmakers are anxious about altered genomes

A little more than a decade after scientists first unraveled the human genome, some researchers are trying to rewrite it. Advances in gene-editing technology have provided relatively inexpensive and easy ways to delete, insert, or replace genes in human cells to correct defects associated with devastating diseases such as cystic fibrosis and sickle cell anemia. Gene-editing tools could also be used to alter plant and animal genomes to boost agricultural yields and food production or to modify insect genomes to reduce the spread of diseases such as malaria.

RAMIFICATIONS
[+]Enlarge
Credit: Shutterstock
Editing genes in human embryos could have unintended consequences that are passed on for generations. 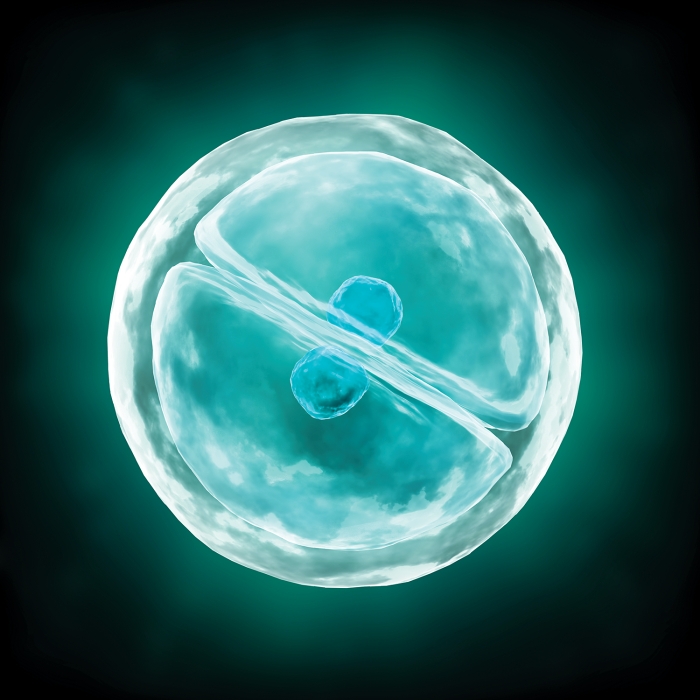 Credit: Shutterstock
Editing genes in human embryos could have unintended consequences that are passed on for generations.

Not only are gene-editing tools scientifically promising, they also have the potential to be highly lucrative commercially. But with that promise comes worries that gene-editing technology could be used to create designer babies with enhanced traits, such as higher intelligence or greater beauty. Many scientists are also worried that the technology could change the human germ line—the DNA in reproductive cells that is passed on from one generation to the next—in unexpected or dangerous ways.

The ethical implications and risks of human gene editing came to a head in April. That’s when a group of Chinese scientists reported that they had attempted to alter a gene associated with a potentially fatal blood disorder in the cells of nonviable human embryos (Protein & Cell 2015, DOI: 10.1007/s13238-015-0153-5).

The experiment was largely unsuccessful. Most of the embryos died, or the gene targeted in the experiment was not altered. Even in a few embryos where the gene was successfully modified, researchers observed other DNA damage in their cells. Some researchers are worried, however, that this work is just the tip of the iceberg and more studies like it will soon follow. Earlier this year, before the Chinese scientists published their work, a group of leading scientists, bioethicists, and law experts met in California to map out a plan toward ensuring that gene-editing technology is not used in a dangerous or unethical way.

In a commentary published in March in Science (2015, DOI: 10.1126/science.aab1028), the group calls for a moratorium on the use of gene-editing technologies for clinical applications. The group stops short, however, of saying that research involving editing genes in human embryos, eggs, or sperm cells should cease.

Instead, they argue that the research on nonviable human embryos should continue, as long as it does not result in pregnancies. The authors include Jennifer Doudna, a biochemist at the University of California, Berkeley, whose work on the immune systems of bacteria helped lead to the development of a widely used gene-editing technology called clustered regularly interspaced short palindromic repeats (CRISPR) that relies on the engineered CRISPR-associated protein 9 (Cas9). Doudna is currently fighting to get control of the intellectual property rights to CRISPR-Cas9. Although many scientists give her credit for the invention, the first patents for the technology were granted to Feng Zhang, a scientist at the Broad Institute and Massachusetts Institute of Technology. Both have started companies to commercialize the technology.

Doudna organized the California meeting when she began hearing rumors that scientists were using CRISPR-Cas9 to change DNA in human embryos. Chinese scientists had already used the technology to create genetically altered monkeys.

Just one week before Doudna and 17 other scientists published their commentary in Science, a different group of scientists published a similar editorial in Nature (2015, DOI: 10.1038/519410a). That group is seeking a moratorium on all gene editing of human embryos or human reproductive cells, including research in this area. 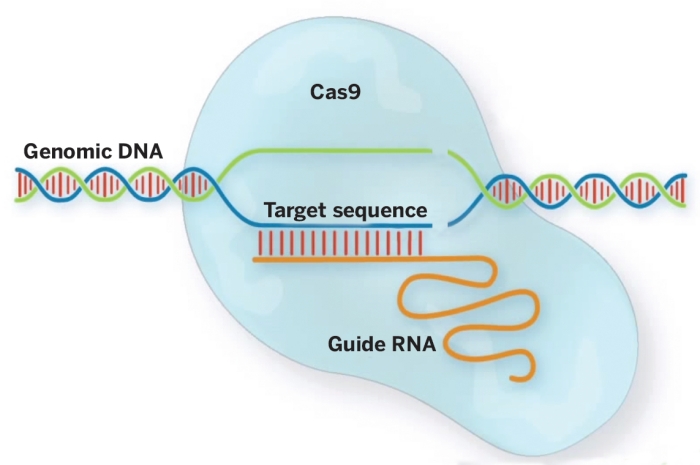 Genetically engineering human germ-line cells is prohibited in many European countries, but not in the U.S. or China. In the U.S., however, federal research money cannot be used to fund such work.

“The concept of altering the human germ line in embryos for clinical purposes has been debated over many years from many different perspectives and has been viewed almost universally as a line that should not be crossed,” Francis S. Collins, director of the National Institutes of Health, said in response to the news that scientists in China were using gene-editing technology to alter human embryos. “NIH will not fund any use of gene-editing technologies in human embryos,” he stated.

But research supported by private funding in the U.S. is not subject to the same restrictions—and it has little oversight unless the work attempts to establish a pregnancy. In that case, researchers would need approval from the Food & Drug Administration.

The report from China caught the attention of congressional lawmakers and prompted a hearing earlier this month of the Science, Space & Technology Subcommittee on Research & Technology in the House of Representatives.

Calling the research “alarming,” Rep. Lamar Smith (R-Texas), chairman of the House Science, Space & Technology Committee, said that “the U.S. can and should provide scientific and moral leadership” in this area.

Leading scientists assured lawmakers at the hearing that work is under way to better understand the ethical implications and risks of research involving gene-editing technology, particularly when applied to human embryos.

Jeffrey P. Kahn, a bioethics professor at Johns Hopkins University, suggested to lawmakers that scientific journals could serve as gatekeepers by not accepting papers related to research on gene editing unless authors provide details of an ethics review of the work.

The study by Chinese scientists that was published in Protein & Cell “was reportedly rejected by both Science and Nature prior to its acceptance and eventual publication, with some reportage indicating that ethics reviews played a role in the decision to reject it,” Kahn testified. Neither Nature nor Science would comment on the matter to C&EN.

Although most ethics concerns related to gene editing have to do with using the technology, some researchers have argued that “there may come a time when we would consider it unethical not to do editing of the germ line for certain kinds of applications,” such as treating dreadful diseases, Doudna pointed out.

In the meantime, there is still a lot to be learned about “human genetics, gene-environment interactions, and pathways of disease,” Doudna warned.

“Would it be appropriate to use the technology to change a disease-causing genetic mutation to a sequence more typical among healthy people?” she asked. “Even this seemingly straightforward scenario raises serious concerns,” she said, “including the potential for unintended consequences of heritable germ-line modifications.”

Ethics
Gene-edited embryos should not be used for pregnancy, international commission says
Ethics
Gene-edited embryos should not be implanted for pregnancy, international commission says
Business
CRISPR’s controversies
Share X
To send an e-mail to multiple recipients, separate e-mail addresses with a comma, semicolon, or both.
Title: Editing Of Human Embryo Genes Raises Ethics Questions
Author: Britt E. Erickson
Chemical & Engineering News will not share your email address with any other person or company.

Comments
Lesley J. Barker (July 1, 2015 2:09 PM)
I'm looking for the Contents, previously down the left hand side. Its a lot of help in figuring what I want to read.
Reply »

max bazovsky (September 10, 2015 6:34 AM)
This is not "playing God", it's either "helping God", if you are into that sort of imagery, or it's simply "helping evolution" Yes we humans have been modifying evolution of life on the planet, for centuries, and we shall continue to do so at faster and faster, more important ways." Of course safety and reliabiklity are most important when it comes to changes of huge potential consequences. We learnwed that in the cold war, and the nuclear stand=offs. Ways can and will be found to make this GM embryo technology safe and reliable,
Reply »