[+]Enlarge
Credit: Lego
Lego will hire more than 100 staffers to create a sustainable plastic for its toys. 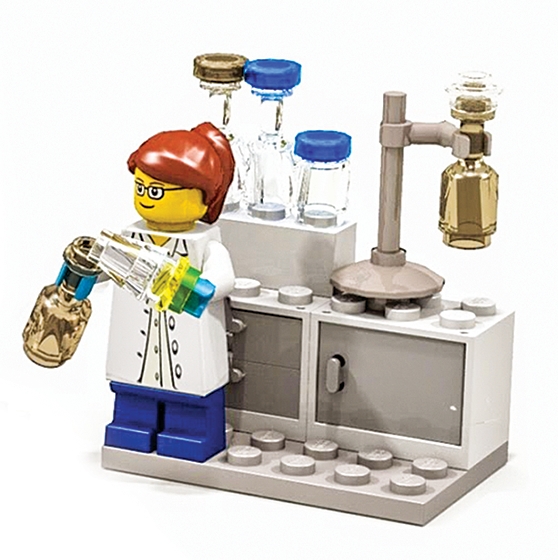 Credit: Lego
Lego will hire more than 100 staffers to create a sustainable plastic for its toys.

Lego, the Danish toy maker, says it will spend $150 million and hire more than 100 staffers to research, develop, and introduce “sustainable raw materials” to replace the petrochemical-based polymers it uses to produce its famous building-block toys. The company aims to make the switch by 2030.

The firm says it currently manufactures its toys from a wide range of materials, but industry sources say the key raw material for its blocks is acrylonitrile-butadiene-styrene (ABS), a copolymer of styrene and acrylonitrile synthesized in the presence of polybutadiene rubber.

Lego’s desire to change plastics stems from its environmental goals. “Finding alternatives to the materials used to make these bricks would significantly reduce the Lego Group’s impact on the planet,” says Lego owner Kjeld Kirk Kristiansen. The firm also plans to make its packaging from sustainable raw materials.

In 2014, the company used 77,000 metric tons of raw materials to create more than 60 billion Lego pieces. Styrolution, a styrenic polymers maker that counts Lego as one of its important ABS customers, declined to comment on Lego’s plans.

Lego wouldn’t say whether it seeks a biobased version of ABS or whether it plans to switch to a new polymer altogether. The company tells C&EN that it “is looking at all options.” Selection will be based on material source, chemical composition, how the material can be managed at the end of its life, and its societal impact, Lego says.

The project will be challenging. In a 2012 briefing, Styrolution told C&EN that the building-block raw material has to be made to an exact specification so that the blocks lock together and then come apart with just the right amount of force. “It is not your run-of-the-mill ABS,” a company executive said.

Lego is seeking to hire a range of scientists for the project, including chemists, materials specialists, engineers, and parts designers. The firm also wants “people who are good at creating networks,” because it plans to collaborate with outside organizations. To house the research team, in 2015 and 2016, Lego will create the Lego Sustainable Materials Centre in Billund, Denmark, where it is based.

Biomaterials
Ineos is poised to make bio-PVC in Germany
Materials
Lego plants to be made from plants
Business
Lego plants to be made from plants
Share X
To send an e-mail to multiple recipients, separate e-mail addresses with a comma, semicolon, or both.
Title: Lego To Replace Oil-Based Plastics
Author: Alex Scott
Chemical & Engineering News will not share your email address with any other person or company.

Comments
Enviro-Equipment, Inc. (June 29, 2015 2:18 PM)
Sorry but This Press Release Put out by Lego Smacks at Just Another Example of Greenwashing. Besides, if Lego was doing this purely for eco-friendly reasons or even as a way of reducing manufacturing costs and why make such a big deal at announcing it?
Reply »

Felix (June 29, 2015 6:45 PM)
They have made the effort to make a significant change in their manufacturing process - of course they want people to know about it, it'll improve their image. That doesn't mean they're doing it _only_ for marketing reasons.
Reply »

Kip Stevens (June 29, 2015 6:49 PM)
Would you have Lego take a pass on a good opportunity to improve their image while also doing something good for the planet? Hell, we'll likely benefit in other ways if they find a viable alternative to oil-based plastics.
Reply »

guy (June 29, 2015 7:03 PM)
I don't think there is any problem with announcing this as a way to influence other companies by example and to let the consumer know that they are considering a greener option. Every company should be doing this.
Reply »

Ellis.Dee_25 (June 29, 2015 3:53 PM)
Agree with previous poster. Lego is one of the most durable toys I ever purchased for my children. Please don't turn Lego into crap just for the sake of 'oil'. Oil is best used for the plastics industries; a much better use than burning
Reply »

paul (June 30, 2015 11:49 PM)
By 2030 that's enough time well, think about it, alot of money reinvested that kinda speaks to sustainablility in the corporate sense. I agree wise move, and from a chemical standpoint I think we already know that since the debut of the "industrial diamond" and the other women's best friend the "pearl" a bio based alternative isn't out of reach, just out of mind. If those 100 staffers for $150 million can't solve the riddle in 60 months their not in touch with the "green" other than the monopoly money!
Reply »

Sean Lee (July 1, 2015 4:03 AM)
Replace ABS, so radical idea it is! I just can't help thinking all materials we familiar with today will be phased out someday. Full of curiosity to know what lego looks like in 2030.
Reply »

Scorp (July 1, 2015 1:48 PM)
Not much oil left.
And buringng only anothe half a trillion tons of carbon-based fuels (might take 30 years) will push us into runaway temperature rise and climatic meltdown. Literally.

clemistry (July 6, 2015 4:20 PM)
What does this have to do with climate change? People aren't heating their houses or powering their cars with Lego bricks. They get passed down for generations like heirlooms!

If anything, it's a way of carbon capture!
Reply »

caro (July 1, 2015 5:28 PM)
Investing $115 million is a huge boon to scientific research. Even if it takes a decade to make the plastics just right, there will be lots of jobs added, and new technology created. This is a boon for economic and environmental issues. Good job Lego!

As a consumer, I *am* more interested in products that are green. It's not greenwashing if it is actually more sustainable. I would be more likely to buy plastic toys if they were made with sustainable technology.
Reply »

dave (November 1, 2016 8:23 PM)
Sustainable is a nonsense notion in this regard. The planet MAKES oil all by itself. That and natural gas is more sustainable than anything we concoct in a lab, except perhaps taking the shortcut of turning cellulose into material instead of waiting for it to turn to oil and then refining it, except when we do that it's also considered non-sustainable to cut down trees and such.

All the green movement is doing when they say sustainable is moving towards less sustainability. It's truly ironic, and costly.
Reply »

Jane (July 2, 2015 4:09 AM)
I think this is an interesting decision. LEGOs -- like any other plastic -- contain NIAS (non-intentionally added substances, i.e. reaction by-products, degradation products and (batch) impurities) of which some are unknown. My kids love LEGOs and so do I as a parent, but I always wonder about the chemicals, especially when the kids stick them in their mouths. I would certainly welcome a LEGO material that is as "safe" as possible, meaning that at least all possible NIAS it may contain have been tested for their toxicological properties. And while at it, please also look at the mixture effects...
Reply »

Girish Malhotra (July 6, 2015 8:01 AM)
Every effort to correct improve environmental impact has to be and should be celebrated. Bravo Lego for your effort.
Reply »