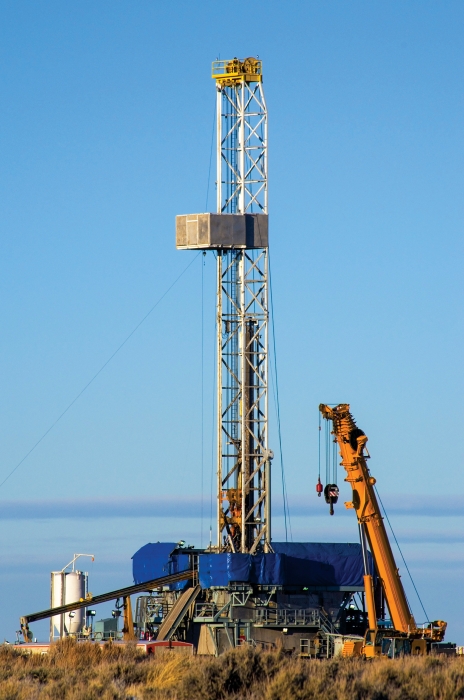 To crank down U.S. emissions of methane, the Obama Administration is proposing to reduce releases of the potent greenhouse gas from landfills, crude oil and natural gas pipelines, and one type of oil well.

The action comes as governments around the world are racing to finish a new climate change agreement by December that includes pledges by nearly every country on Earth to control greenhouse gas releases. The proposed regulations would help President Barack Obama make good on his international commitment to slash U.S. emissions 26–28% below 2005 levels before 2025, despite opposition from the Republican-controlled Congress.

The proposals, which the Environmental Protection Agency rolled out in mid-August, take aim at methane that leaks from landfills loaded with municipal trash as well as some oil and gas operations. Under the proposals, landfill operators would have to dial back their methane emissions by one-third. Meanwhile, new or upgraded oil and gas pipelines and new oil wells drilled via hydraulic fracturing would have to meet new emission standards for methane, the main component of natural gas.

In addition, proposals for the oil and gas industry would reduce emissions of volatile organic compounds—which are precursors to ground-level ozone, or smog—as well as hazardous air pollutants including benzene and xylene.

The proposals for the oil and gas sector “will encourage companies to reduce waste so they can save money and deliver more product to market,” says Sam Adams of the think tank the World Resources Institute.

Energy companies, manufacturers, and Republican leaders in Congress attacked EPA’s proposals on oil and gas extraction. “EPA’s own data show that methane emissions in the U.S. decreased by almost 15% between 1990 and 2013, yet EPA is forging ahead with this extraneous and unnecessary regulation,” says Rep. Lamar Smith (R-Texas).

Comments
Linas (August 24, 2015 7:19 PM)
There are promising technologies currently being developed to directly convert methane to valuable products such as higher hydrocarbons, carbon-based nano-materials, and liquid fuels. Such technologies need to be encouraged by DOE and EPA to not only meet the EPA emissions target but do so profitably.
Reply »

If I reduce the rate at which I am violating your property rights by 15% over a generation, all is good, right? You have no right to complain, because I am harming you less than before?

Justice demands a bit more - a complete cessation of such violations AND restitution for all past violations, with interest and penalities. Would you prefer that?