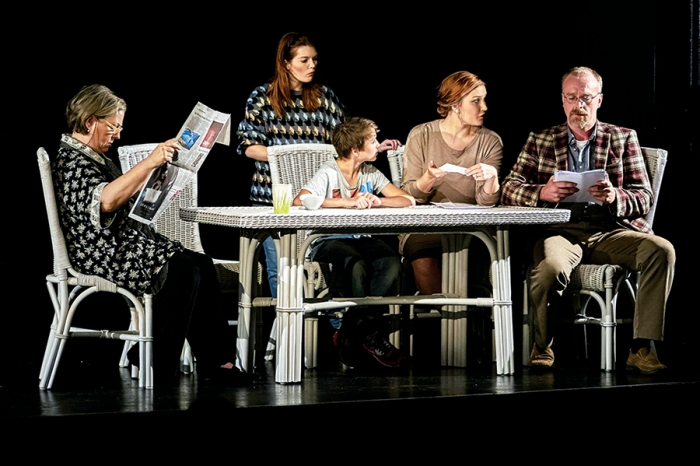 Credit: Andreas Harbach
Coming to terms: Hoffmann’s play has been produced in Germany (shown here in Bayreuth), but not yet in the U.S.

Roald Hoffmann, the Cornell University chemist and 1981 Chemistry Nobel Laureate who is also a successful poet and playwright, has written a new play. One with a twist. A departure.

“It doesn’t have a word of science in it,” Hoffmann, the coauthor with the late Carl Djerassi of the play “Oxygen,” told Newscripts.

“Something That Belongs to You,” published by Dos Madres Press in Loveland, Ohio, is an autobiographical drama set in the 1940s, in the 1990s, and in heaven. It is about a Philadelphia mother and son—Jewish immigrants who survived the Holocaust with the aid of Ukrainian neighbors who hid them in an attic—and the son’s family decades after the war.

With this play, Hoffmann, 78, a Holocaust survivor, says he endeavored to reach a space where he could attempt to come to terms with an essential childhood experience—an experience that even impacted his life as a scholar. His perspective shifted from the scientist’s eye that informs most of his other writing to something purely poetic.

The scenes that flash back to the attic, many with dialogue written as poems, depict the mother passing the hours with her six-year-old son by giving him lessons. They spend a lot of time looking at maps in books stored in their hiding place. Hoffmann says he remembers these lessons at his mother’s knee in a cramped space very clearly.

The scenes in heaven offer comic relief. In his staging notes, Hoffmann writes that God should be played either by a man who comes across as Groucho Marx or by a woman who looks and acts a lot like Mae West. God and the angels debate existential themes as they look down on the action, especially the action in Philadelphia. There, Emile Pressner, the boy in the attic who is now a grown man, is forced by an interesting circumstance to come to grips with the past.

“Emile is conflicted and cannot join with the others in forgiving and forgetting,” Hoffmann says of the character’s family. “At the same time, Emile—that’s me!—has written a play! It was a difficult thing to write. But I knew I had to write it.”

A roboticist who put his career as a researcher on hold to pursue writing and drawing full-time has succeeded in bringing his work to the big screen a second time. “The PHD Movie 2: Still in Grad School,” a full-length film by Jorge Cham, the cartoonist behind the delightfully on-target “Piled Higher and Deeper” (PHD) comic strip, is currently making the rounds at research universities and associated microcosms. 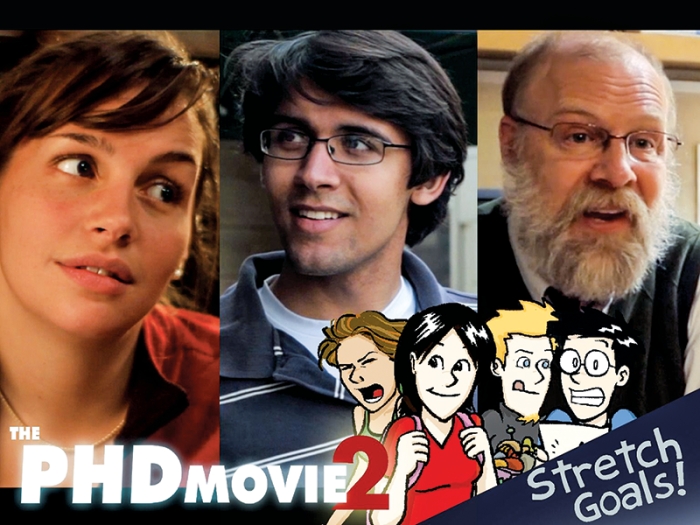 “PHD 2” picks up nicely where Cham’s original film, “The PHD Movie” (2011), left off. The characters from the first film, also well-known from the comic strip, are back. Cham deftly puts various types—the slacker buddy, the legacy-obsessed professor, the empathetic adviser, the yogilike professor who enjoys eating cookies—through their paces without collapsing them into mere stereotypes.

“PHD 2” may only be distributed for screening at academic and institutional research venues, but Cham’s humorous and empathetic treatment of this arcane world could have legs outside the classroom. Were Cham to take on his subject in a full-blown mockumentary, for example, it would likely arrive at a theater near you.

Education
Back To The CoffeeHouse
Policy
Self-Exploration By An Intellectual Polygamist
Physical Chemistry
The Humanity Of Science
Share X
To send an e-mail to multiple recipients, separate e-mail addresses with a comma, semicolon, or both.
Title: A Chemist’s Drama, ‘The PHD Movie’ Sequel
Author: Rick Mullin
Chemical & Engineering News will not share your email address with any other person or company.