A diverse coalition of stakeholders who normally don’t agree with one another is pushing lawmakers to fix the Toxic Substances Control Act (TSCA)—a nearly 40-year-old U.S. chemical safety law that nearly everyone says is flawed. This alliance, which includes chemical manufacturers as well as a handful of environmental, public health, animal welfare, wildlife, and labor organizations, is urging the Senate to pass legislation (S. 697) that would modernize the antiquated act and make big changes to the way commercial chemicals are evaluated for safety in the U.S.

S. 697 cleared a key Senate committee in April, but the legislation has been stalled for several months, competing with other bills to get a vote by the full Senate.

Some of the delay stems from opposition to the bill, in particular to provisions that would override state chemical laws. In June, the House of Representatives passed a slimmed-down version of the bill—the TSCA Modernization Act of 2015 (H.R. 2576)—that omits most of those provisions on state laws. The chemical industry has long argued that an updated federal chemical control law should preempt potentially conflictingstate statutes.

A few leading senators remain opposed to S. 697 because of the state preemption issue. Numerous environmental and public health groups are also opposed to S. 697. They prefer the House version of the legislation. Nonetheless, S. 697 has the support of at least 23 Democrats in the Senate.

Both the Senate and House TSCA reform bills would change how thousands of chemicals that are already on the market are regulated. Currently, the Environmental Protection Agency has limited authority under TSCA to require toxicity testing of such substances. To require these tests, the agency must provide evidence that the chemical poses an unreasonable risk or there is significant exposure to humans. As a result, EPA has required testing on fewer than 300 of the estimated 62,000 chemicals that were on the market when TSCA was enacted in the late 1970s, estimates Richard Denison, lead senior scientist at the advocacy group Environmental Defense Fund. 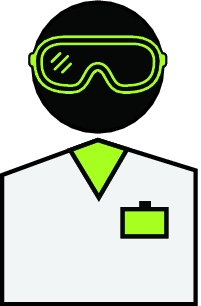 What Does Reform Of The 39-Year-Old Toxic Substances Control Act Mean For You? 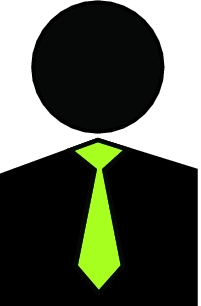 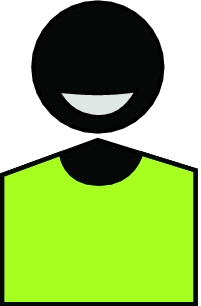 ◾ Additional safety testing of chemicals ◾ New fees paid to EPA to evaluate the results of chemical safety tests ◾ Increased consumer confidence in the safety of chemicals used in everyday items, such as cleaning products, pots and pans, upholstered furniture, and shower curtains

But unlike the House bill, the Senate bill would force EPA to determine that a new chemical is safe before it is allowed to enter the market. H.R. 2576 would leave in place existing rules for evaluating new substances.

Under the current TSCA, companies must notify EPA when they intend to produce or sell a new chemical. After a 90-day review period, companies are free to begin marketing the chemical unless the agency determines that the substance “may present an unreasonable risk.” EPA can require companies to conduct safety testing if it finds that a new chemical may pose a risk, but it must make that determination without safety data. Because of those constraints, the agency has required testing for only about 1,600 of the estimated 40,000 new substances it has reviewed since TSCA was enacted, Denison notes.

The Environmental Defense Fund and many other groups that support S. 697 have been ramping up pressure on Senate leaders to bring the bill to the floor for a vote for several months, and they are not letting up.

Members of the American Alliance for Innovation, which represents businesses across the economy—including chemical production, agriculture, food, building materials, textiles, and many other sectors—sent a letter in June to Sen. Mitch McConnell (R-Ky.), urging the majority leader to take swift action on S. 697.

“Passage of S. 697 is critical to further ensuring the safe use of chemicals, while encouraging innovation and the development of new products, and maintaining America’s ability to compete in today’s global marketplace,” the alliance wrote.

The alliance remains hopeful that the Senate will pass the legislation imminently. S. 697 is “a rare bill that has corporate support, nonprofit support, and support of Democrats and Republicans in all parts of the country,” says Wayne Pacelle, president and chief executive officer of the Humane Society of the United States, an animal welfare organization. “Here is a bill that satisfies so many different constituencies and can show to the people of this country that progress can be achieved in Congress.”

Pacelle and many others who support S. 697 say it would prevent animals from being subject to cruel and unnecessary testing. Provisions in the bill would require chemical manufacturers to test their products using validated alternatives, such as high-throughput human-cell-based in vitro assays, before they turn to animal tests.

Animal tests are cumbersome, they are expensive, and their results are unreliable, Pacelle says. “The number of chemicals that have been tested by those outdated means is a very small fraction of the number of chemicals that are out there in the universe of products that we consume and that we interact with in the environment,” he notes. “More efficient, more reliable testing methods” are available, he adds.

In a Sept. 16 letter to Sen. McConnell, the Humane Society and other environmental, wildlife conservation, public health, and labor organizations urged the majority leader to bring S. 697 to the floor for a vote.

“America desperately needs this legislation, which would require safety evaluations of all new and existing chemicals, give EPA stronger testing authority, modernize testing methods, and remove the barriers that have prevented EPA from regulating known dangers like asbestos,” the groups wrote.

But not all consumer and environmental groups are convinced that S. 697 is the answer to TSCA reform. “The proposed legislation as written is actually an irreversible rollback—not reform,” says Linda Reinstein, cofounder of the Asbestos Disease Awareness Organization. “S. 697 weakens the failed 1976 TSCA and doesn’t mention expedited action to ban asbestos or other persistent, bioaccumulative, and toxic chemicals.”

Reinstein’s group as well as the advocacy group Safer Chemicals, Healthy Families and many public health, environmental, and business groups support the simpler H.R. 2576, claiming that the requirements imposed on EPA by S. 697 would add paperwork and administrative burdens and create litigation opportunities without improving the quality of EPA’s decisions on chemicals.

Nonetheless, many groups remain optimistic that the Senate will pass S. 697 in the coming days. It remains to be seen, however, how the Senate and House will resolve the major differences between the two bills.