An unconventional approach to autoimmunity

Find out what Padlock Therapeutics has been up to since it appeared on C&EN’s 2015 Top Start-ups List by clicking here.

Doctors have long treated autoimmune diseases such as arthritis and lupus as a case of a confused immune system: Immune cells decide healthy tissue looks foreign and wage an attack. The solution has been to give patients powerful drugs that knock down the immune response.

But what if the immune system isn’t actually confused? What if instead it is reacting to normal molecules that wound up in an abnormal place and started some mischief?

“When it comes to autoimmune disease, we’re maybe doing it wrong,” says Michael Gilman, CEO of Padlock Therapeutics. He thinks the right way could be to block those errant molecules rather than blocking the immune system itself.

Technology: Biological and structural insight into the PAD family of enzymes

Funding: $23 million in Series A financing led by Atlas Venture

That contrarian view of autoimmunity is based on growing clinical, biological, and structural evidence around a family of enzymes called protein arginine deiminases (PADs). Under normal conditions, PADs live inside cells and modify proteins by changing an arginine to a citrulline. But if they escape their normal environment—for example, when a smoker takes a puff and injured or dying airway cells leak PADs—they set to work on proteins they were never meant to see. Immune cells respond, and over time, antibodies to citrullinated proteins build. Eventually the immune system goes crazy and attacks normal tissues too. 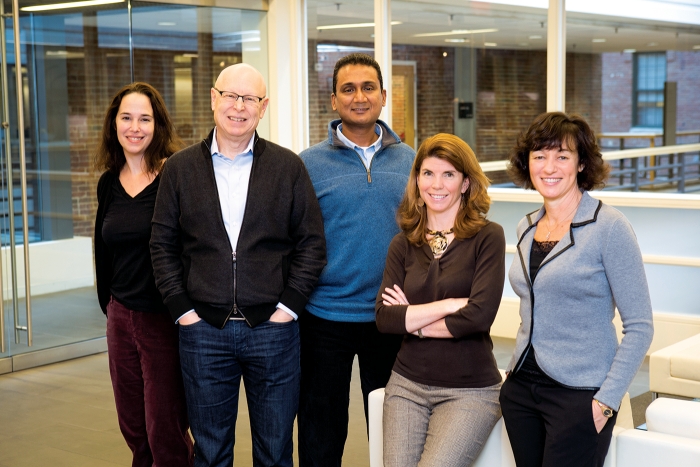 Credit: Padlock
Gilman, second from left, with his management team.

Blocking PADs is no easy feat. Underpinning Padlock’s drug discovery efforts is extensive work by Paul R. Thompson, a University of Massachusetts Medical School biochemist and Padlock cofounder, to decipher the enzyme’s inner workings. By solving an astonishing 27 crystal structures of PAD2, Thompson showed that the enzymes are active only after collecting six calcium ions.

That observation is important: Inside cells—PADs’ natural habitat—calcium concentration is low. But if PADs are released from cells, they are suddenly swimming in calcium. “It’s a party,” Gilman says. “They start to citrullinate stuff at random.” 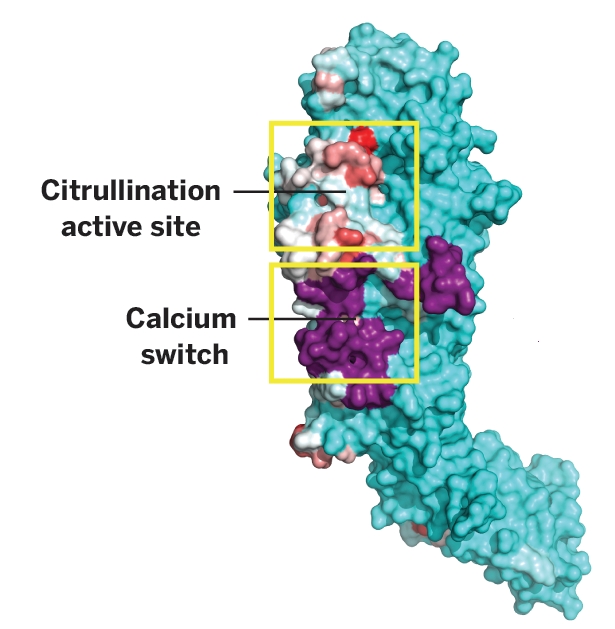 Padlock is designing small molecules to block PAD activity. A drug will need to hit the right isoform of PAD in the right way. In some cases, such as arthritis, Padlock thinks it will need a catalytic inhibitor to block the active site; in others, such as lupus, an allosteric inhibitor of the inactive enzyme is in order. Multiple PADs might also need to be blocked, an insight that the company’s other cofounder, Scripps Research Institute California immunologist Kerri Mowen, has helped clarify.

To translate the two scientists’ basic research insights into actual drug candidates, Padlock turned to Evotec. The contract research firm devised an elegant mass-spectrometer-based assay that detects directly whether the enzyme citrullinates a protein substrate—an effective filter for molecules that bind to the enzyme without actually stopping its activity.

Although the science is compelling, Padlock is years away from proving its novel approach to treating autoimmune diseases will help patients. The biotech hopes to put its first compound—likely a PAD4-selective allosteric inhibitor for lupus or another indication—into the clinic in early 2017.

Find out what Padlock Therapeutics has been up to since it appeared on C&EN’s 2015 Top Start-ups List by clicking here.

Drug Discovery
Could an NLRP3 inhibitor be the one drug to conquer common diseases?
Biological Chemistry
New target for anti-inflammatory drugs found
Business
BMS to buy start-up Padlock
Share X
To send an e-mail to multiple recipients, separate e-mail addresses with a comma, semicolon, or both.
Title: Padlock Therapeutics
Author: Lisa M. Jarvis
Chemical & Engineering News will not share your email address with any other person or company.

Comments
Blossom Boyo Idris (November 7, 2015 4:53 AM)
This is great, until then we will see assay type for decting functional binding, MSBA gets my accolades,
Reply »