Find out what Revolution Medicines has been up to since it appeared on C&EN’s 2015 Top Start-ups List by clicking here.

Mother Nature is a master chemist. More than half of the pharmacopoeia starts with a compound generated by her hands. But there’s a catch: The complexity of natural products can make them tough—sometimes impossible—to re-create in a lab, let alone improve upon and manufacture.

Enter Martin Burke. The University of Illinois, Urbana-Champaign chemist has figured out a clever way to re-create nature’s gargantuan molecules by conceptually breaking them down into bite-sized pieces and then building them up synthetically. Not only that, he’s devised a machine that can, in theory, automate the process.

Focus: Treating infections and other diseases with natural product-based drugs

Those discoveries are at the core of Revolution Medicines, which Burke launched this spring to develop drugs derived from natural products. With funding from Third Rock Ventures, Revolution’s first project is to improve amphotericin B, a decades-old antifungal with potentially deadly side effects. But the young firm has ambitions to use Burke’s molecule-making machine to develop drug candidates against a range of diseases.

In 2014, Burke showed that it was possible to make the core structure for most polyenes—alkene-based natural products that include polyterpenes, polyketides, peptide-polyketide conjugates, and fatty acids—from 12 building blocks stitched together with a single coupling reaction. By first breaking down complex structures into modular subunits, Burke’s lab synthesized some molecules that previously had only been made by nature. 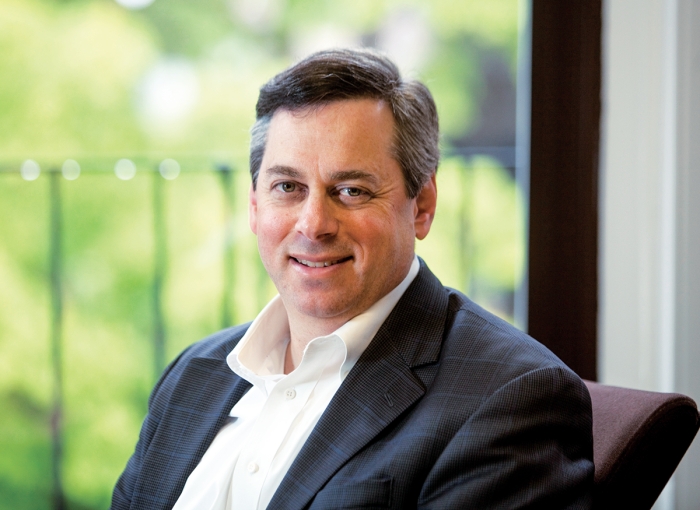 A year later, the chemist unveiled a machine that automates the basic steps for that assembly. Insert cartridges containing the building blocks into a machine, press “start,” and voilà: small molecules.

The paired advances of modular assembly and automated synthesis mean that Revolution’s chemists can study the relationship between a natural product’s structure and its function—a previously daunting task. Moreover, the technology allows researchers to alter a natural product by, say, omitting a chemical group responsible for a side effect. They can also tweak it to increase potency or bioavailability. 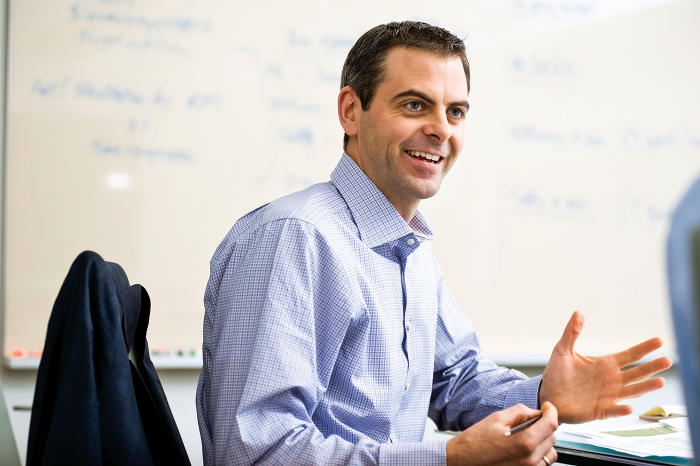 Burke’s lab has spent the past several years picking apart the function of various components of amphotericin B, work that Revolution will build upon. The antifungal is appealing because, despite decades of use, it has evaded microbial resistance.

Ultimately, the hope is that Burke’s technology will allow the company to improve upon natural products in the same way a medicinal chemist optimizes a synthetic molecule that comes out of a high-throughput screen.

Revolution recently hired its 20th employee and expects to bring on more scientists. In addition to amphotericin B, those researchers will work on other new antibiotics. They will eventually pursue compounds that act on human disease targets, CEO Mark Goldsmith says. 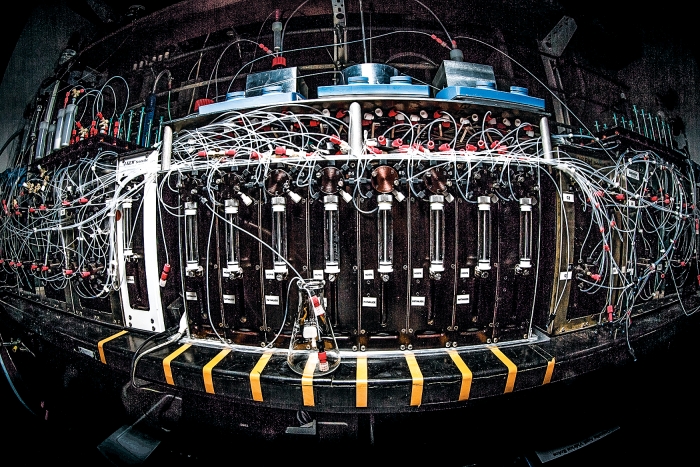 Revolution has exclusive rights to the instrument developed by Burke and is currently reengineering the prototype into a machine that can support industrial-scale research. “We’re going to make this synthesis strategy a core part of our expertise,” Goldsmith says.

But the machine does not mean the company can immediately start cranking out compounds. Revolution chemists currently have to make from scratch the building blocks that are assembled into larger molecules. Each one is added to a library.

“There’s an inherent redundancy in natural products,” Burke points out. “The building blocks for one program become great starting materials for others. We envision an exponential increase in productivity once we start to fill our shelves.”

Goldsmith anticipates a time when one of the company’s chemists begins a project and discovers that all of the subunits of a molecular scaffold are already on the shelf. “When that day happens, it will mean that afternoon that individual can start making derivatives,” he says.

Find out what Revolution Medicines has been up to since it appeared on C&EN’s 2015 Top Start-ups List by clicking here.