Find out what Twist Bioscience has been up to since it appeared on C&EN’s 2015 Top Start-ups List by clicking here.

Every scientist working with DNA ultimately needs to do one of two things—read or write the nucleotide sequence. Emily Leproust wants nothing less than to make Twist Bioscience the best at writing DNA.

Users of synthetic DNA fall into distinct camps, Leproust says: those who buy genetic material and those who make it themselves. Neither of those groups is happy with the status quo.

The ones who buy the DNA aren’t happy with the cost. “They have more ideas than money,” Leproust says. “If only you could make it cheaper, they would be able to try more things.”

The folks who can’t afford to buy the DNA make it themselves using molecular cloning, in which host cells crank out copies of DNA from plasmids. But they’re not happy, either, because the process is so tedious, Leproust says.

Twist plans to attract both types of users by driving down the cost of DNA synthesis. The company employs nanoliter-scale reactions that it claims will allow both camps to buy DNA—and be happy about it.

The price of synthetic DNA typically depends on turnaround time and the oligonucleotide length, with longer sequences costing more per base. Twist’s synthesis currently costs 10 cents per base. Other companies charge in the neighborhood of 17 to 30 cents. Today, Twist can make DNA about 1,800 bases long, with longer lengths to come.

ZOOMING IN
[+]Enlarge
Credit: Weinberg-Clark Photography
A close-up of Twist’s 10,000-well silicon plate. Each well is 600 μm in diameter. Credit: Weinberg-Clark Photography
A close-up of Twist’s 10,000-well silicon plate. Each well is 600 μm in diameter. 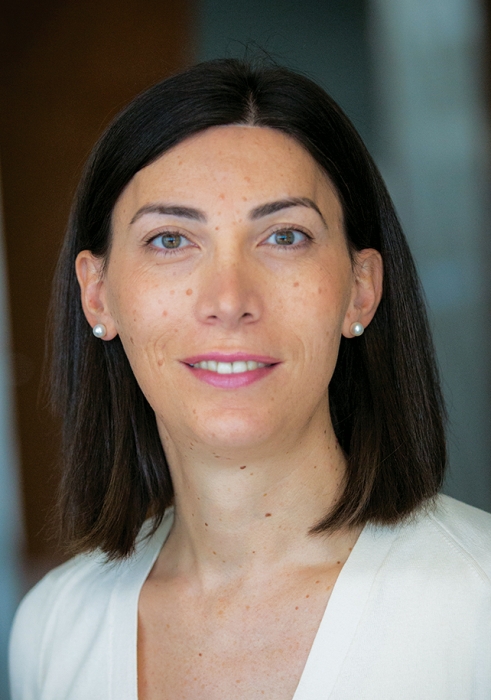 Twist uses the same phosphoramidite chemistry as many others. “The chemistry is fine,” Leproust says. “But let’s throw away the 96-well plate and shrink the reaction volume from 100 μL to 100 nL.”

Twist achieves such downsizing by cramming 10,000 nanowells on a silicon chip the size of a 96-well plate. Even better, it makes a different gene in each nanowell. Thus the silicon chip is the equivalent of 10,000 96-well plates.

In each nanowell, the company can synthesize 100 unique oligonucleotides of up to 100 bases and then add enzymes to stitch those short chains of DNA together into whole genes. That feat—making a huge variety of oligos in such small volumes—is only possible because Twist can spatially control the chemical reactions. Because the intellectual property is still in process, Leproust won’t say how it does this. The company started synthesizing DNA for a small group of customers in April.

Such cheap, fast DNA synthesis opens up new possibilities for researchers. In addition to gene synthesis, Twist’s technology can be used to generate complex pools of DNA for genome editing or to create libraries for drug discovery. Leproust envisions Twist’s DNA being used by chemical, pharma, and agbiotech companies, as well as academics.

“The past 10 years in life sciences have been all about DNA reading,” Leproust says. “What we want to be is the uncontested leader in DNA writing.”

And once the firm succeeds at that, Leproust plans to make cloning obsolete. “It’s going to be a massive change in the way people do biology when that happens,” she says.

Find out what Twist Bioscience has been up to since it appeared on C&EN’s 2015 Top Start-ups List by clicking here.