by Joan Coyle, special to C&EN

Nine student observers will represent the American Chemical Society at the 2015 United Nations Framework Convention on Climate Change (UNFCCC) 21st Conference of the Parties (COP21) in Paris on Nov. 30–Dec. 11.

The students were in Washington, D.C., in October for media and policy training, which took place at the National Press Club. Among the topics were how to effectively communicate their messages and experiences using traditional and social media. Myron Belkind, a former international correspondent and current professor at George Washington University, stressed how the principles of responsibility, accuracy, and fairness would guide the students to report with integrity and without compromise.

On Capitol Hill, the students met with officials from Sen. Christopher Coons’s (D-Del.) office and from the House of Representatives Committee on Science, Space & Technology as well as from the Department of State and the Department of Energy. 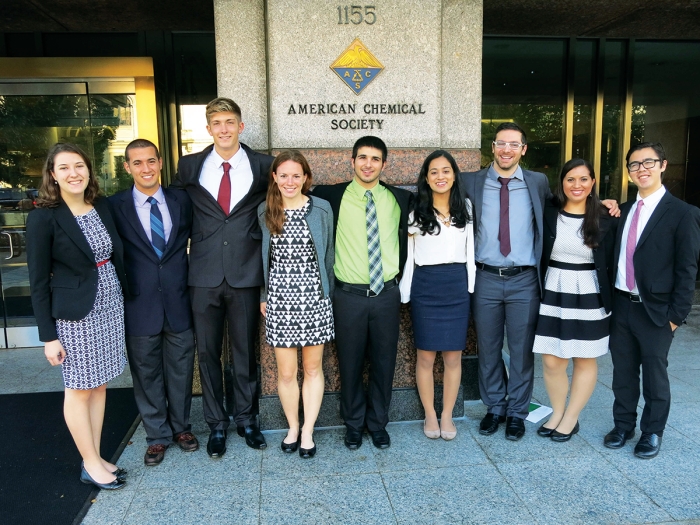