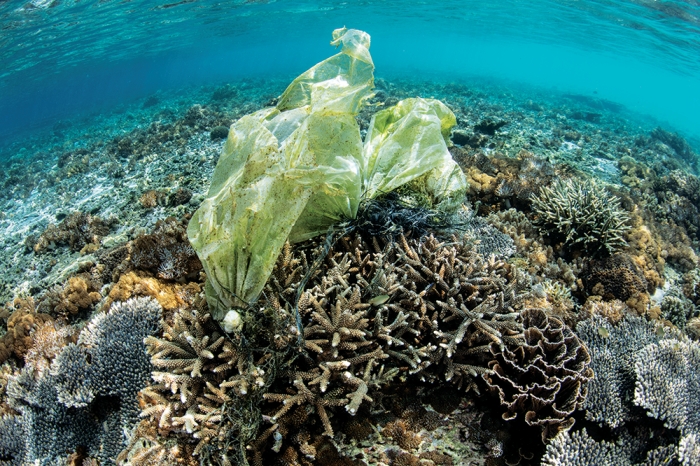 The marketing of plastics that manufacturers claim are biodegradable won’t significantly cut the amount of plastic ending up in the world’s oceans, concludes a report from the UN Environment Programme. These plastics biodegrade only under conditions that are generally not found in oceans, such as prolonged exposure to temperatures higher than 50 °C, the report says. Commonly used nonbiodegradable polymers, such as polyethylene, can be made with metal-based oxo-degradable additives to speed their break down. “This will increase the rate of microplastic formation, but there is a lack of independent scientific evidence that biodegradation will occur any more rapidly” in plastics containing the additives compared with those without them, the report says. Plastic fragments can transport pathogens and harmful algal species, or marine organisms can ingest them, the report continues. Also, limited evidence suggests that the labeling of plastics as biodegradable can increase littering. That’s because people may view biodegradable plastics as a technology that removes their responsibility for properly disposing of a plastic item, UNEP says.

Sustainability
US Senate passes sustainable chemistry legislation
Environment
P2 and ADM pair up for renewable products
Recycling
Coca-Cola bottler invests in recycling
Share X
To send an e-mail to multiple recipients, separate e-mail addresses with a comma, semicolon, or both.
Title: Biodegradable Plastics Panned
Author: Cheryl Hogue
Chemical & Engineering News will not share your email address with any other person or company.