Keeping GMOs On A Leash

Keeping GMOs On A Leash

Genetically modified organisms are well-established workhorses in the manufacture of products as diverse as yogurt, propanediol, and insulin—applications that are confined to laboratories and factories. Yet genetically modified bacteria could one day be put to work further afield, as probiotics in our guts to fight gastrointestinal disease or as microscopic janitors to clean up oil spills. But researchers need reliable strategies to keep the synthetic organisms on a tight leash and destroy them when their job is done to prevent them, or their synthetic genes, from escaping uncontrolled into the environment. This year, the field of GMO biocontainment achieved several important advances. In January, teams led by Harvard Medical School’s George M. Church and Yale University’s Farren J. Isaacs rewrote the DNA of Escherichia coli so that the bacterium required a synthetic amino acid—they tried several phenylalanine mimics—to produce its essential proteins (Nature 2015, DOI: 10.1038/nature14121 and 10.1038/nature14095). The life-or-death dependence of the new E. coli on synthetic amino acids would make it astronomically difficult for the GMO to survive outside the laboratory because no pool of the synthetic amino acids exists in nature. This innovative strategy is technically challenging to implement because researchers need to reengineer a GMO’s most essential proteins so that they rely on synthetic amino acids. Meanwhile, earlier this month James J. Collins and colleagues at Massachusetts Institute of Technology reported an alternative leashing strategy that is potentially faster and easier to implement: two new gene circuits that can be added to GMOs as “kill switches.” These circuits ensure that GMOs grow and survive only in the presence of a certain combination of chemicals (Nat. Chem. Biol. 2015, DOI: 10.1038/nchembio.1979). 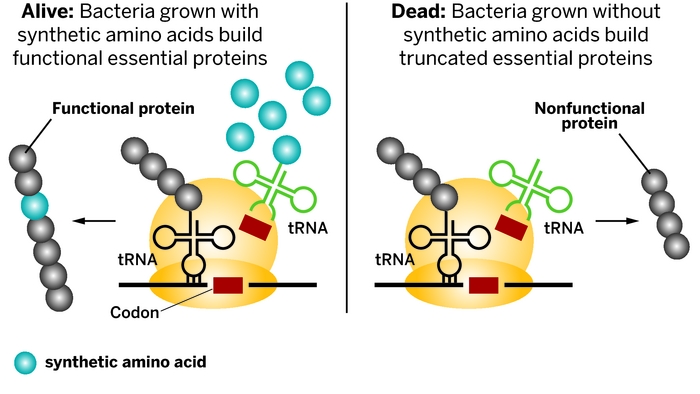 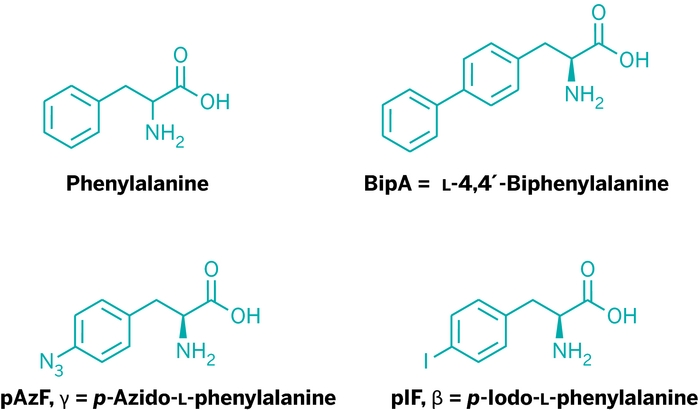