[+]Enlarge
Credit: Courtesy of James Tour
The original nanocar, shown here scooting along a gold surface, was reported in 2005. 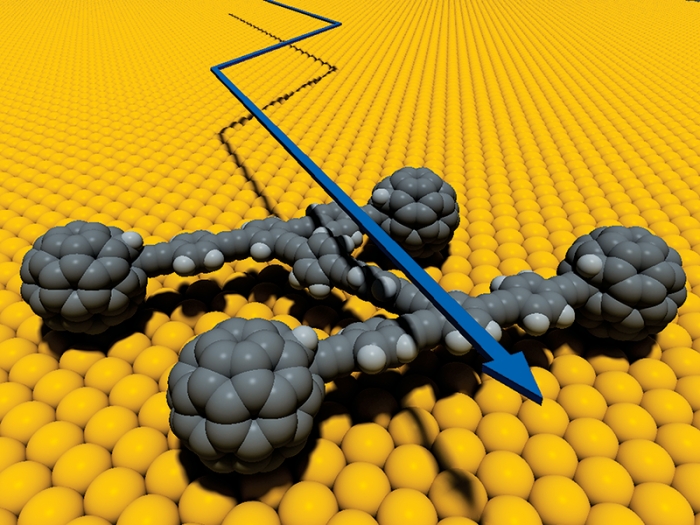 Credit: Courtesy of James Tour
The original nanocar, shown here scooting along a gold surface, was reported in 2005.

Big pickup trucks, such as those in Ford’s F-Series, were the best-selling automobiles in the U.S. in 2005. But that same year, chemists unveiled a considerably smaller vehicle—the world’s first single-molecule car. Designed and driven by the research groups of Rice University’s James M. Tour and Kevin F. Kelly, respectively, the quirky ’05 coupe featured an oligo(phenylene ethynylene) chassis and axle covalently mounted to four fullerene wheels. Because the tiny vehicle’s wheelbase was less than 5 nm, the researchers dubbed it the nanocar (Nano Lett. 2005, DOI: 10.1021/nl051915k). 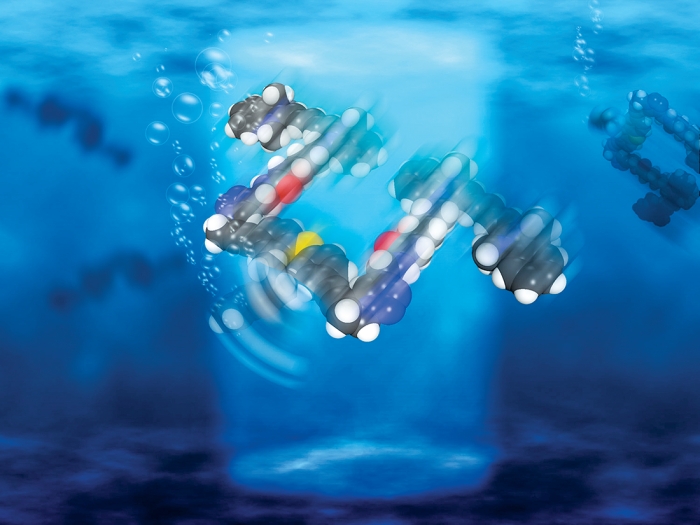 Tour tells C&EN that his original aim was fairly whimsical. He simply wanted to make a molecule that resembled an everyday object the general public would be familiar with. “This captures the mind of the nonchemist,” Tour explains. “This is where we take our chemistry and bring it into their world.”

After that first report, scientists found nanocars have a higher purpose for studying how a molecule’s atoms interact with surfaces. Learning how to control that motion, Tour says, could help scientists do bottom-up molecular assembly, much like enzymes do, picking up atoms and putting them into place. “I think this is the way things are going to be built in the coming years,” he adds, “first starting with very small things, like memory on computer chips, and then moving to larger and larger things.”

In the past 10 years, Tour’s group has built a veritable fleet of vehicle-type molecules, or “vehicules.” Some have six wheels, some roll around on carboranes instead of fullerenes, and some include a light-driven molecular motor to push the nanocars forward with a paddle-wheel-like motion. The group’s latest vehicule is a 244-atom single-molecule nanosubmarine that whizzes around in solution (Nano Lett. 2015, DOI: 10.1021/acs.nanolett.5b03764).

Tour’s lab isn’t the only one making nanocars. Next fall, at least five different research groups will bring their nanocars to the Center for Materials Elaboration & Structural Studies at France’s National Center for Scientific Research (CNRS) for the world’s first NanoCar Race. The vehicules will be propelled across a gold surface, four at a time, by electric fields from four scanning tunneling microscope tips that operate as part of a single instrument.

“The ultimate goal is to be able to understand how a surface at the atomic level interacts with a molecule,” says Eric Masson, a chemistry professor at Ohio University, who will race a supramolecular nanocar with a chassis that floats between cucurbituril wheels. “The nanocar is just a fun way to try to do this,” Masson says.

“Science is a step-by-step process,” adds NanoCar Race director and CNRS researcher Christian Joachim. “This is a way to show that science and technology can be for fun and that applications can develop years later.”