A two-year ban on the use of three neonicotinoids—clothianidin, imidacloprid, and thiamethoxam—in the European Union is set to end this month, unless the European Commission extends it. EFSA is currently reassessing the risks posed from use of the three chemicals in seed treatments and granular form. Environmental groups and beekeepers are urging the agency to recommend a permanent ban.

In the U.S., the Environmental Protection Agency is also assessing the risks of the three pesticides. EPA expects to complete its assessments in 2017.

Pesticides that work similarly to neonicotinoids also came under additional scrutiny this year. For example, EPA was directed to remove sulfoxaflor from the U.S. market as part of a federal appeals court ruling in September because of concerns that it is harmful to bees. Environmental groups sued EPA after it approved sulfoxaflor in 2013, claiming the agency failed to address effects of the chemical on bees.

Similar to neonicotinoids, sulfoxaflor binds to nicotinic acetylcholine receptors, replacing acetylcholine.But manufacturer Dow AgroSciences claims that the insecticide is a sulfoximine, not a neonicotinoid. The company is working with EPA to review data on the adverse effects of sulfoxaflor on pollinators in the hopes of getting the pesticide back on the U.S. market for the 2016 growing season.

U.S. beekeepers reported losses of about 42% of honeybee colonies from April 2014 to April 2015, up from 34% for April 2013 to April 2014. Neonicotinoid pesticides are one of many factors thought to be contributing to these declines. 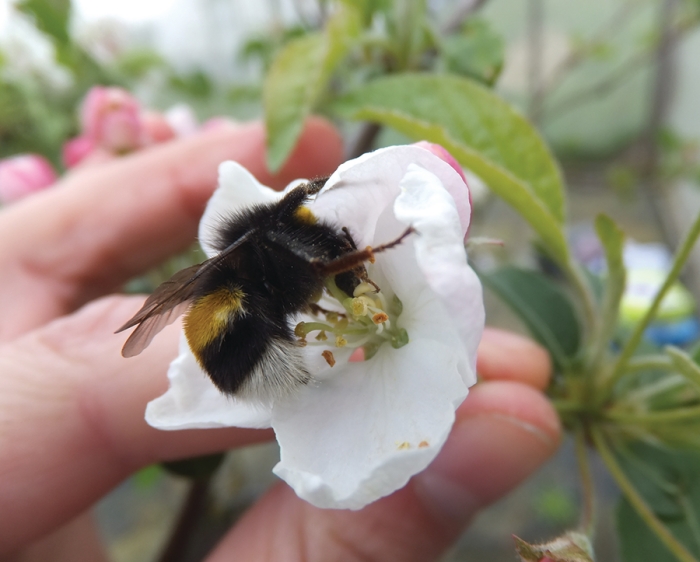 The Obama Administration is trying to get a better handle on pollinator declines and improve pollinator health. In May, a White House task force issued a science-based research plan and a strategy, which among other things aims to reduce honeybee losses to economically sustainable levels by 2025 and restore 7 million acres of pollinator habitat over the next five years.

“Pollinators are critical to the nation’s economy, food security, and environmental health,” John P. Holdren, director of the White House Office of Science & Technology Policy, said when the strategy was announced. “Honeybee pollination alone adds more than $15 billion in value to agricultural crops each year and helps ensure that our diets include ample fruits, nuts, and vegetables.”

Earlier this year, researchers reported that bees are attracted to neonicotinoids. Bees apparently catch a buzz from the pesticides and keep coming back for more, even though the chemicals adversely affect their behavior and growth (Nature 2015, DOI: 10.1038/nature14414).

Pesticides
Neonicotinoid pesticides can stay in the US market, EPA says
Pesticides
EU votes to ban chlorpyrifos
Business
Neonicotinoids slammed in European report
Share X
To send an e-mail to multiple recipients, separate e-mail addresses with a comma, semicolon, or both.
Title: Opposition To Neonicotinoids Intensified
Author: Britt E. Erickson
Chemical & Engineering News will not share your email address with any other person or company.