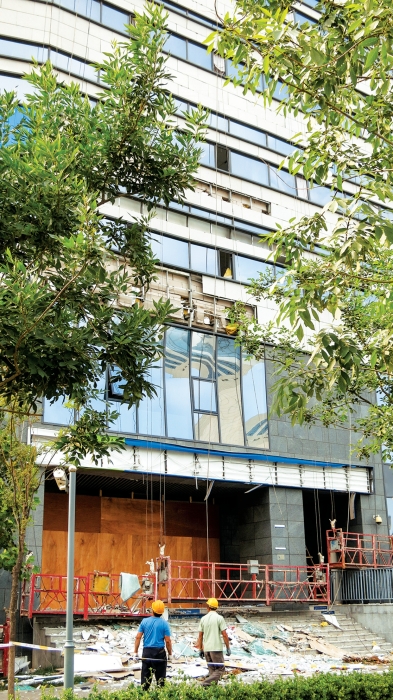 An Aug. 12 fire at a chemical warehouse in Tianjin on the northeastern coast of China triggered two enormous explosions that killed more than 170 people and damaged multiple buildings and industrial facilities. In the weeks that followed, authorities in Beijing tightened their oversight of dangerous goods warehouses, harbors, and chemical plants.

Almost 100 firefighters died in the accident. Apartment buildings for miles around suffered heavy damage. And the blast impacted the facilities of several companies operating in the Tianjin Economic-Development Area, a high-tech industrial park adjacent to the harbor.

For instance, a formulation plant belonging to GlaxoSmithKline and an active pharmaceutical ingredients facility owned by Asymchem, a Chinese firm with many Western customers, both suffered blown windows and had to suspend operations. The center of Tianjin, nearly 50 km away, was unaffected by the blast.

The cause of the accident may never be known. But authorities disclosed that Ruihai International Logistics, the operator of the storage facility, did not have the permits required to store the 3,000 metric tons of sodium cyanide, calcium carbide, ammonium nitrate, potassium nitrate, and other chemicals that it held at the site. Chinese police have since arrested 23 government officials and company executives for various infractions related to the blast, including corruption and dereliction of duty.

To prevent another accident, Beijing ordered officials throughout the country to step up oversight of logistics hubs and industrial sites within their jurisdictions. Ports in China issued notices to cargo companies informing them of tightened rules. For instance, the Port of Shanghai said it would refuse poorly labeled cargo or hazardous goods shipped in damaged containers.

Industrial safety officials inspected chemical plants throughout China. But their work disrupted production while generating unconvincing results. For example, in late August an explosion killed a worker at Runxing New Material, a Shandong province-based producer of the nylon precursor adiponitrile, that had been inspected just days earlier by local authorities. Embarrassed officials promised to review their methods.