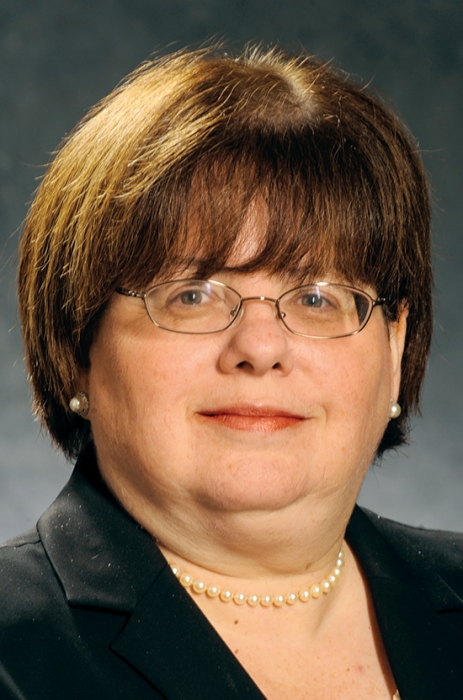 Any medicinal chemist would be ecstatic to see a drug he or she helped to discover actually reach the market. To have two drugs—and two highly impactful and commercially successful drugs at that—reach patients puts a chemist in a small and illustrious group. Ruth R. Wexler, winner of the Hershberg Award, belongs to that group.

Although Wexler started college thinking she would become a pediatrician, she switched to chemistry after doing research in the labs of her undergraduate organic chemistry professor at Boston University. During grad school at the University of Pennsylvania, where she worked under Amos B. Smith III, Wexler realized her dream was to marry her love for research with her desire to help patients by seeking a career in drug discovery. After getting a Ph.D., she took a job in DuPont’s pharmaceutical unit, which was later bought by Bristol-Myers Squibb (BMS), where she’s been ever since.

It was at DuPont that the angiotensin II receptor antagonist losartan was discovered. Sold as Cozaar, losartan represented the first novel blood pressure treatment to be introduced in more than a decade. Colleagues note that the discovery of losartan spawned angiotensin II ­antagonist programs across the pharma industry, leading to several other approved drugs.

Wexler recalls how happy she was the first time a patient—actually, an acquaintance of hers—told her how much her quality of life had improved since taking Cozaar. “Yes!” she thought. “Having a positive impact on the lives of patients—this is why we do what we do; it is unbelievably rewarding.”

She had a similarly proud moment with Eliquis. Wexler led the chemistry team that discovered the first orally bioavailable Factor Xa inhibitors, a challenging project that ultimately led to the identification of the now-approved drug. Wexler was at a European Society of Cardiology meeting, where data from a large Phase III trial showed that Eliquis was better than the blood thinner warfarin in preventing strokes. “I actually went to hear [the presentation] multiple times because the data were so outstanding,” Wexler says.

“In both cases, success can be pinpointed not only to Ruth’s remarkable insights and killer instinct but also to her passion for both the early and late stages of the compound’s progression,” says Scripps Research Institute, La Jolla, Calif., chemist Phil Baran, whose lab has for many years collaborated with BMS.

Not only has Wexler made major contributions to the treatment of cardiovascular disease, but her highly cited research has progressed other areas of drug discovery. Wexler’s pioneering research in both angiotensin II antagonists and Factor Xa inhibitors has “stimulated a worldwide effort to design and synthesize new drugs directed at these targets, and also led to new scientific findings, which in some cases have been broadly applicable to other programs and targets,” says her BMS colleague Joel Barrish.

Wexler says those successes have been a team effort. “I have been privileged to work with and mentor many incredibly talented scientists,” she adds.

Wexler will present her award address before the Division of Medicinal Chemistry.