Ecotoxicology: Study of captive starlings shows the birds fail to orient south for fall migration when exposed to polychlorinated biphenyls

STARLING STRESS
[+]Enlarge
Credit: Shutterstock
After being exposed to a mixture of endocrine disruptors, captive European starlings did not orient themselves properly for southward migration. 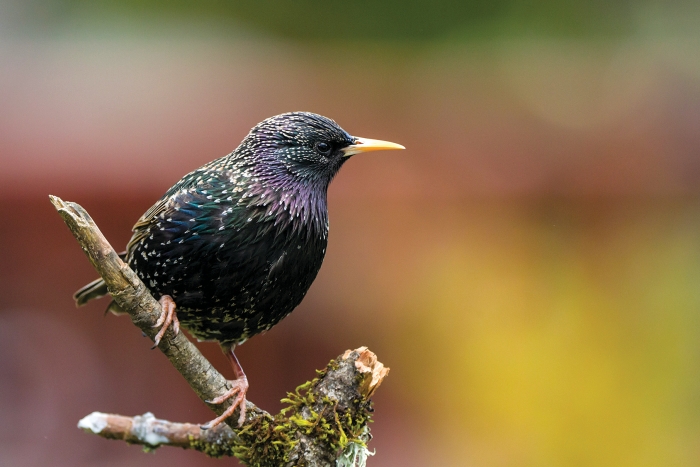 Credit: Shutterstock
After being exposed to a mixture of endocrine disruptors, captive European starlings did not orient themselves properly for southward migration.

In recent decades, many common migratory songbirds have declined in population. Several factors could explain this drop-off, including habitat loss, climate change, feline predators, and wind turbines. But a new study finds that polychlorinated biphenyls (PCBs), toxic industrial pollutants, may share some of the blame by affecting birds’ ability to migrate (Environ. Sci. Technol. 2015, DOI: 10.1021/acs.est.5b01185). 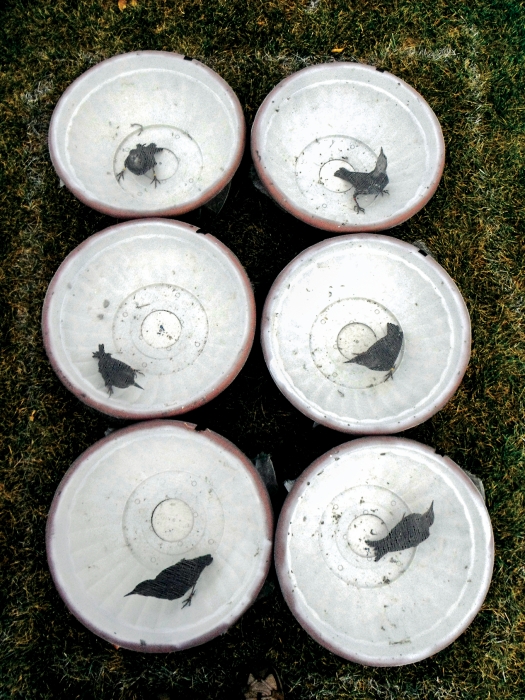 Credit: Leanne Flahr/University of Saskatchewan
Starlings in test cages hop in a direction that indicates their preferred migration direction.

PCBs were used during the 20th century in products such as electrical equipment, insulation, paints, and plastics. Some of the compounds are neurotoxic and can also act as endocrine disruptors. Although manufacturing of PCBs has been banned in the U.S. and Canada for more than 35 years, the compounds persist in the environment and bioaccumulate through food webs.

Many previous studies have shown that endocrine disruptors can interfere with reproduction in birds. But Christy A. Morrissey, an ecotoxicologist at the University of Saskatchewan, thought that the pollutants might also directly influence migration, which is partly regulated by hormones. So she and her team raised common songbirds, European starlings, and monitored how an industrial PCB mixture called Aroclor 1254 affected their migratory behavior.

In the spring, the researchers fed groups of newly hatched chicks sunflower oil dosed with 50, 100, or 150 ppm Aroclor 1254—levels similar to those found in the environment—each day for their first 18 days of life. Except for the group treated with the highest level of PCBs, which molted much later than expected, the birds grew normally over four months, gaining weight and then shedding feathers in preparation for fall migration.

In September, the researchers changed the birds’ light conditions to simulate shorter days and spur migration. Then they tested the birds’ preferred migration direction by placing them outside in a standard test cage: a circular pot covered with a mesh screen. In half-hour trials, the researchers filmed the birds and tracked the direction in which they hopped most commonly, which indicates their preferred flight orientation.

Healthy starlings would normally fly south during fall migration. A control group fed sunflower oil without PCBs showed this preference, hopping south-southeast. But the groups treated with the PCB mixture varied in their orientation: The low-dosage group hopped east, the intermediate-dosage group hopped east-southeast, and the birds with the highest dosage hopped all over the place, without any clear orientation.

The results show that birds “can be exposed early in life to these chemicals that are found widely in the environment, and this can have long-term effects on their ability to fly in the right direction,” Morrissey says. If migrating birds don’t make it to their wintering grounds, they have a much lower chance of surviving and reproducing. She says starlings fly in a flock during the day, but the effects may be starker on songbirds that migrate longer distances or fly alone at night.

Diane S. Henshel, an ecotoxicologist at Indiana University, Bloomington, says that the study is well-done and may help explain reports of birds that appear off main migration routes or out of timing with others of their species. Although these reports have sometimes been attributed to weather events, she says “the possibility that pollution may be playing a role is important and should be investigated further.”

Morrissey’s team is now examining the brains of these birds to investigate a mechanism that could explain the link between the PCBs and their migratory behavior.

Comments
Robert Risebrough (May 10, 2015 12:06 PM)
An extremely interesting and valuable study. Without the benefit of having read it, the paper appears to make a significant contribution to our understanding of the processes whereby PCBs affect biological systems. But are the results environmentally relevant? Is there, or has there ever been, anywhere in the world, now or during the years of peak PCB use, a food item consumed over time of any species of songbird with a PCB concentration as high as 50 ppm? Yes, a crow, raven or magpie might occasionally nibble on the blubber of a marine mammal. That doesn’t count. Would not a person with no knowledge of environmental levels of PCBs but otherwise highly educated be deceived by this summary?
Robert Risebrough
pelecanus@igc.org

Mary B. Hayes (May 28, 2015 2:01 PM)
Interesting but call me skeptical. The article states that "the researchers fed groups of newly hatched chicks sunflower oil dosed with 50, 100, or 150 ppm Aroclor 1254—levels similar to those found in the environment." While PCBs are ubiquitous in the global environment, I doubt that 50 ppm PCBs (or higher)are typically found in the ambient environment, let alone in the food consumed by migratory songbirds. Secondly, why was the 1254 Aroclor chosen for this study, and which 1254 (Type I or Type II) was used to spike the sunflower oil? Type I (refers to the manufacturing process) makes up the majority of the Aroclor 1254 manufactured, but the 1254 standard is most often Type II, made by Monsanto in the last year or so of PCB manufacture. Type II contains PCDFs and is more toxic than Type I. The study could be exaggerating the effects attributed to PCBs. PCB levels in the ambient environment have greatly declined since the ban of PCB manufacturing in 1978. Why would PCBs be effecting migratory songbirds now, when PCB levels are lower than they have been in almost four decades?
Reply »