Acquisition: Deal is Second within a Year Transferring a U.S. Mass Spectrometer Maker to a Chinese Firm

Advion, a maker of compact mass spectrometry (MS) systems and consumables for the life sciences industry, has signed a definitive agreement to be acquired by China’s Beijing Bohui Innovation Technology.

Financial details were not disclosed, but industry reports indicate Bohui will pay $28 million for the Ithaca, New York-based instrument maker when the deal closes on June 30.

The deal marks the second time within a year that a Chinese firm has bought a U.S.-based instrument business. Last fall, Bruker sold its gas chromatography and GC/single-quadrupole MS assets to Hong Kong’s Techcomp for $13.5 million. The businesses continue to operate in Fremont, Calif., as Scion Instruments.

Advion says the deal will enable it to broaden its position in life sciences, clinical, and food-safety applications. Bohui’s commitment “to the development of clinical applications of mass spectrometry technology, and substantial footprint in the world’s fastest-growing economy, have created an ideal combination” with Advion, says David B. Patteson, Advion’s CEO.

The New York-based firm will continue to operate in its current location and under its current name. All employees and executives will also remain with Advion, the firm says.

Funded in 1993 by Cornell University professor Jack Henion, venture-capital backed Advion sold its contract drug research business in 2011 to research services firm Quintiles. During the past four years, Advion has been a player in the trend to shrink the size of scientific instruments. 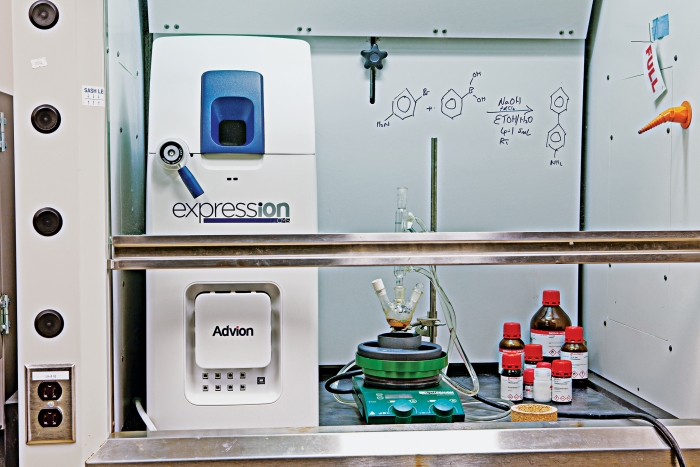