One Mystery Of How Mussels Stick To Rocks, Boats Solved

Biological Materials: Mussels use lysine groups in their adhesive proteins to prime underwater surfaces for sticking 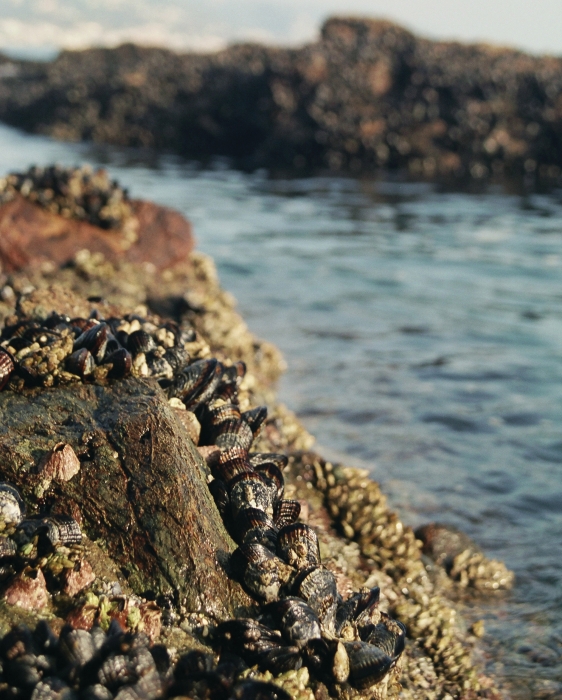 For three decades, researchers have been picking apart how mussels adhere strongly to objects underwater and searching for ways to reverse engineer the protein “glues” the mollusks use to carry out the enviable feat. Although steps toward this goal have been taken—for example, companies are already developing biomedical glues based on the sticky catechol groups found on mussel proteins—many of the mussel’s tenacious tricks remain a mystery. 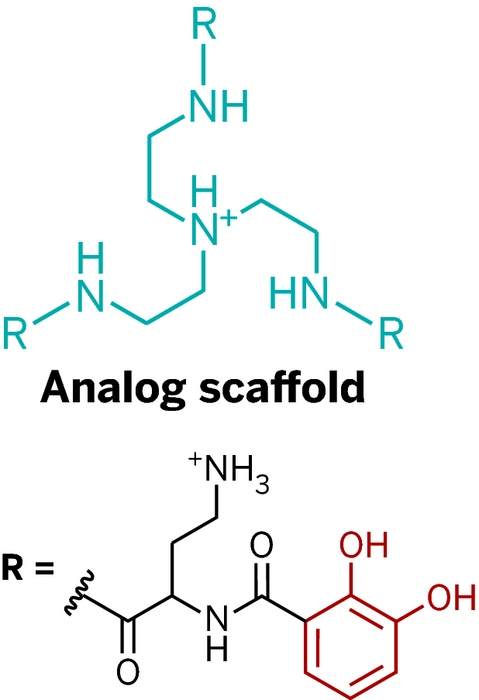 A team of researchers at the University of California, Santa Barbara, have now discovered one key trick: how mussels prime salt-covered surfaces in the sea for sticking (Science 2015, DOI: 10.1126/science.aab0556). This discovery will inform synthetic attempts to mimic the mussel’s steadfast grip, says Alison Butler, who led the research with Greg P. Maier, Michael V. Rapp, J. Herbert Waite, and Jacob N. Israelachvili.

When mussels wish to settle down on an underwater surface, they secrete mixtures of adhesive proteins that often contain high concentrations of a rare amino acid called Dopa (3,4-dihydroxyphenylalanine). Catechol groups on Dopa play a major role in underwater adhesion. The new work reveals that in addition to Dopa, many mussel adhesion proteins contain positively-charged lysine residues nearby to aid sticking. The lysines replace layers of salt-derived cations found on surfaces submerged in seawater. By kicking off the cations, the lysines prime the underwater surface so that catechol groups can then help the mussel adhere.

To dissect lysine’s role in mussel adhesion, the team designed a family of stripped-down mussel protein mimics that contained catechol residues or modified lysine residues or both. Then the researchers tested the ability of these analogs to stick to a smooth mica surface underwater, and found that the synergistic combination of lysine and catechol “yielded greater binding than the sum of the individual components,” comments Jonathan J. Wilker in an associated commentary (Science 2015, DOI: 10.1126/science.aac8174).

Researchers in the field had long speculated that lysine plays a role in adhesion, in part because lysine and Dopa form close to 50% of the amino acids in one of the mussel adhesion proteins secreted right onto the sticking surface, comments Phillip Messersmith, of the University of California, Berkeley, who wasn’t involved in the work. “But nobody understood why,” he adds. Not only does this discovery further the fundamental understanding of mussel adhesion, it will also guide researchers who are designing wet surface adhesives, such as for medical applications where two tissues must be stuck together.

Adhesives
Mussel-inspired polymer glue sticks to wet surfaces
Biological Chemistry
How polar fish survive subzero seas
Materials
Mussel glues rely on cation-aromatic attraction
Share X
To send an e-mail to multiple recipients, separate e-mail addresses with a comma, semicolon, or both.
Title: One Mystery Of How Mussels Stick To Rocks, Boats Solved
Author: Sarah Everts
Chemical & Engineering News will not share your email address with any other person or company.

Comments
mark Riccio (August 12, 2015 2:03 PM)
Very informing and interesting. I had read something about this subject for a while, Thanks for answering my questions, sincerely Mark A.Riccio
Reply »