Toward An Easier, Cheaper TB Test 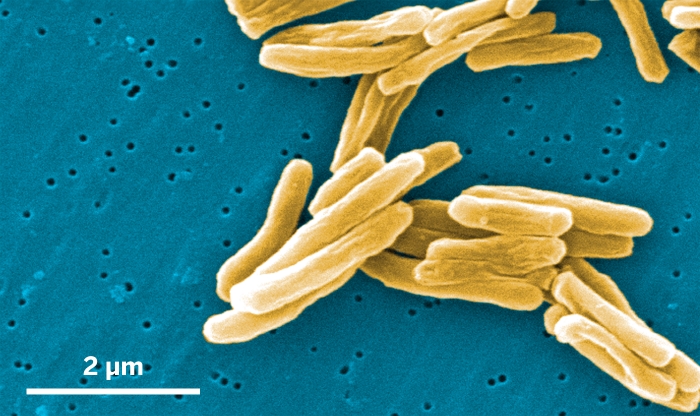 Tuberculosis is the second most deadly infectious disease in the world after HIV. In 2013, it infected nine million people and killed 1.5 million. Now, researchers say they’ve developed a potentially easier and faster way to test for the illness. Their method gets results in just over an hour and doesn’t require specialized training or equipment to perform (ACS Sens. 2015, DOI: 10.1021/acssensors.5b00171). Since TB is highly contagious, a rapid test that can be used in the field could help stop an outbreak before it happens.

Conventional TB tests, which involve doing skin tests or microscopy on sputum samples, can take days to yield results. A quicker, more accurate testing method makes use of polymerase chain reaction (PCR) to amplify the DNA of Mycobacterium tuberculosis, the bacterium that causes TB, in sputum samples for detection. But PCR requires specialized instruments to cycle between different temperatures to drive the reaction.

Led by Nicholas P. West and Matt Trau, researchers at the University of Queensland used a relatively new alternative technology, recombinase polymerase amplification (RPA), to amplify the bacterial DNA in a TB sample. The process can be run at one temperature in a single test tube, reducing the need for expensive equipment, West says.

They coupled the system with a colorimetric readout using 3,3′,5,5′-tetramethylbenzidine (TMB), an indicator of horseradish peroxidase enzyme (HRP) activity. After isolating and amplifying the DNA, the scientists attach it to HRP. When they add TMB, it’s oxidized by HRP and changes from colorless to blue: The more DNA present, the faster and stronger the color change. “A color change as a readout is enormously simpler than the current instrument-based technologies, and without the added costs,” he says.

As a proof of concept, the researchers tested the method on samples of M. tuberculosis DNA extracted from cultured cells. They could detect the equivalent of a single, viable M. tuberculosis cell.

West says the method is simple enough that the test can yield a result in 75 minutes, after a patient coughs up a sputum sample. The researchers estimate a cost of less than $3 per test.

Ruth McNerney of the University of Cape Town Lung Institute says she worries that the prototype test still requires extracting DNA from TB bacteria, which is difficult. “It needs a specialist lab and can’t be done in the clinics where people attend for diagnosis,” she says.

“This is an interesting approach that combines a sensitive detection system with a practical colorimetric readout,” says James Triccas, an infectious disease researcher at the University of Sydney Medical School. “However, it will be critical to determine if the assay can be adapted to the detection of Mycobacterium tuberculosis within clinical samples—for example, sputum—in TB-endemic regions.”

West says that they plan to test the assay on patient sputum samples.

Biological Chemistry
Measuring pathogen susceptibility to antibiotics
Analytical Chemistry
Detecting flu at the doctor’s office
Analytical Chemistry
A simple strategy for detecting tuberculosis
Share X
To send an e-mail to multiple recipients, separate e-mail addresses with a comma, semicolon, or both.
Title: Toward An Easier, Cheaper TB Test
Author: Katharine Gammon
Chemical & Engineering News will not share your email address with any other person or company.

Comments
Jeffery Cooiper (December 30, 2015 6:54 PM)
This is very interesting. I would like to know more about this.
Reply »