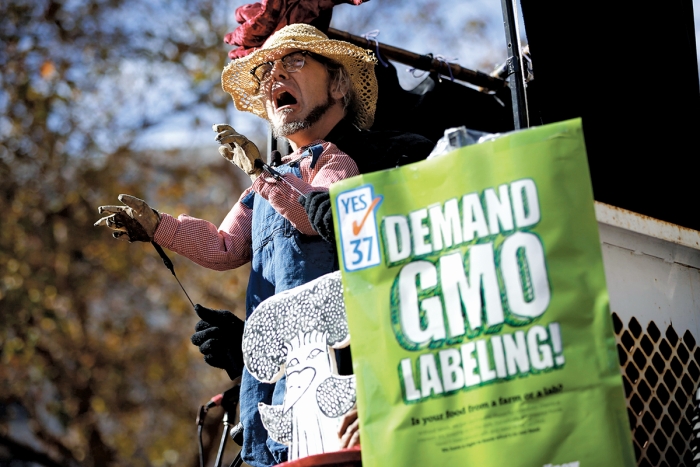 The Senate is caught up in debate over labeling genetically modified foods. By a vote of 14-6, the Senate Agriculture, Nutrition & Forestry Committee on March 1 approved a Republican-backed draft bill that would stop states from requiring labels on genetically modified (GMO) foods. It would also establish a voluntary federal standard for labeling. A day later, Sen. Jeff Merkley (D-Ore.) and other Democrats released competing legislation that would require labels on GMO foods sold in the U.S. Food safety and consumer groups favor the Democrats’ bill, saying consumers have the right to know what is in their food. The Republican-led measure, drafted by committee Chairman Pat Roberts (R-Kan.), has broad support from the food and agriculture industries. Food manufacturers are pushing for Roberts’s bill to be passed by the Senate, merged with a companion House bill (H.R. 1599), and enacted before July 1, when a Vermont law will take effect that requires labels on GMO foods sold in the state. Other states are considering similar laws. The food industry claims that having food labeling requirements that vary from state to state will harm producers and lead to higher food prices. Roberts’s draft measure now moves to the full Senate, where it is likely to face further debate.