Lighting up Paris with Glowee and sticking stuff together with Sugru

Fashioning bacteria to illuminate the City of Light 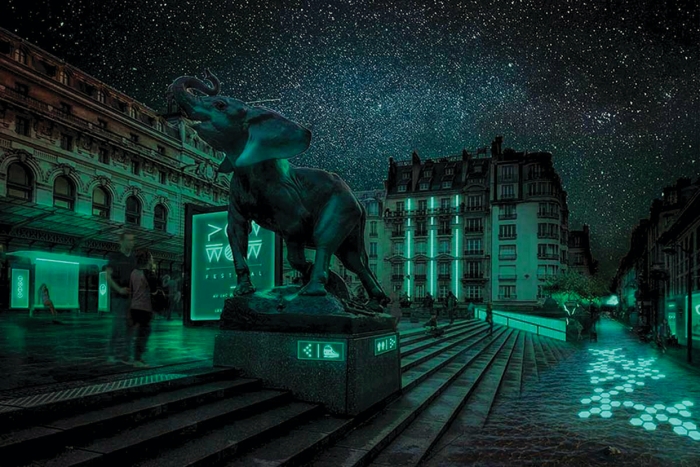 Paris by night, bathed in an ethereal blue glow, is the vision of French company Glowee. But their product doesn’t plug in, and it’s not solar. Rather, the source of their light is bioluminescent bacteria.

The Glowee team can make lights of any shape because the cells live in a nutrient-providing gel inside a clear plastic case. The company sees a particular niche for their product in Paris because, in 2013, the city outlawed shops leaving their lights on in the wee hours, in an effort to reduce electricity use and light pollution. They also see potential applications in off-grid locations worldwide—and anywhere else that wants a neato blue light made of living stuff.

The bacteria that now find themselves in hip lighting products are derived from Aliivibrio fischeri, which typically dwell in the Hawaiian bobtail squid. They help the nocturnal squid hunt by casting their light downward from compartments on the squid’s underside and preventing the squid from making a shadow.

The Glowee team is engineering the bacteria because their original lights worked for only a few seconds. Now they last three days thanks to improved gel properties, but Glowee is gunning for 30 days. They are also trying to improve light intensity and temperature tolerance and make different colors.

The company received backing via crowdfunding, including from a major French power utility. But Edith Widder at the Ocean Research & Conservation Association in Fort Pierce, Fla. told New Scientist it would be tough for the lights to beat LEDs for efficiency and economy. Whether this product is truly a bright idea or one with dim prospects awaits illumination. 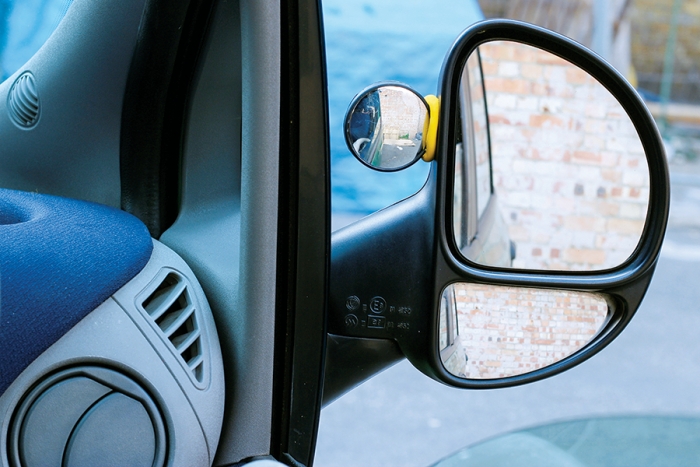 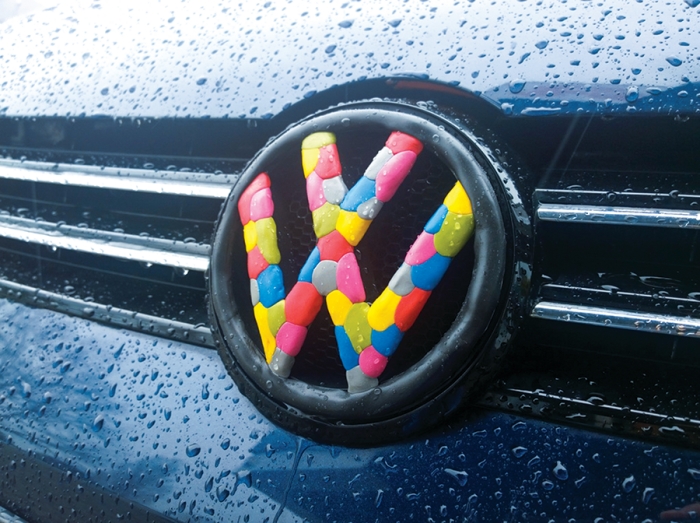 Sugru my ride: Sticky stuff can be decorative or utilitarian.

Here’s another clever idea that’s sticking with consumers: Sugru—a moldable, Play-Doh-like glue putty with a surprising array of applications. Company founder Jane ni Dhulchaointigh first had the idea during design school when she began beefing up silicon caulk with sawdust and, among other things, wrapped some around a knife handle to form a custom-shaped, comfy grip.

After years of tinkering with the formula, she came up with Sugru. The company has now sold more than 5 million packets of the stuff, and it is growing. A tour of the company’s website shows no shortage of uses people have found for the goo, which sticks to virtually anything and cures in 24 hours at room temperature into a rubbery, electrically insulating, waterproof material that tolerates temperatures from –80 °C to 180 °C.

Campers have used the stuff to insulate the handles of their camping pots and repair their boots. Drivers have used it to stick antennae back on their hoods. In the kitchen, people have repaired cracked fridge shelves and rusty dishwasher racks, sculpted hooks for utensils, and more. Adventurers have improved the fit of their performance glasses and the handles of their ice axes. A woman with no fingers on her left hand used the material to make her canoe paddle grippable for a 700-km paddle on the Yukon River. And you, you can salvage your frayed phone charger using the stuff or fix your kid’s favorite toy—the one you stepped on last night.

Shelf life is its biggest drawback; it lasts 13 months in the package, though refrigeration can extend that threefold. And the name, you ask? It’s derived from the Irish word for “play.” Play on.

Materials
Pyrex At 100
Education
Cake In A Can, Color-Changing Ice Cream
Environment
Materials Science For Athletes And Couch Potatoes
Share X
To send an e-mail to multiple recipients, separate e-mail addresses with a comma, semicolon, or both.
Title: Lighting up Paris with Glowee and sticking stuff together with Sugru
Author: Jessica Marshall
Chemical & Engineering News will not share your email address with any other person or company.

Comments
Mary Anne White (April 20, 2016 6:32 PM)
Are you sure you mean that the inventor of Sugru started with "silicon caulk"? I think it is more likely that she started with "silicone caulk". (Isaac Asimov once wrote an essay on "what a difference an "e" makes", silicon vs. silicone.)
Reply »