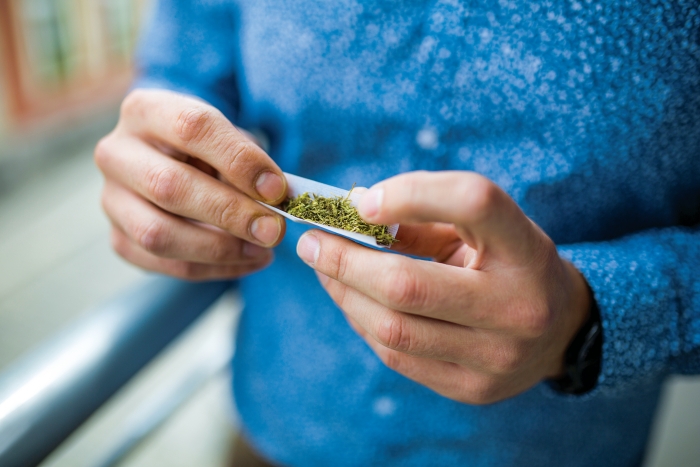 In the U.S., four states and the District of Columbia have legalized recreational marijuana, and many other states allow medical use of marijuana. And the numbers are growing. Additional states will vote on legalization this year if their ballot initiatives garner the required signatures.

“The momentum is continuing to grow,” said Nicholas Lovrich, a marijuana policy expert at Washington State University. For example, in Washington, one state that has legalized marijuana, marijuana stores similar to liquor stores have opened. “Revenue has been more than expected, and the problems less than expected,” Lovrich said.

But that doesn’t mean there are no problems. The uptick in use that accompanies such legalization can translate into an increase in the number of impaired drivers, whom law enforcement officers want to keep off the road.

One way to catch them would be with tests like the ones used to catch drunk drivers. During traffic stops, police can get suspected alcohol-impaired drivers to breathe into a device that measures the percentage of ethanol in their blood calculated from the amount present in the breath.

“Breath has been an accepted sampling method for law enforcement,” Lovrich said. Unfortunately, such devices don’t yet exist for marijuana.

At a symposium on the analytical challenges of drugged driving, part of the Pittsburgh Conference on Analytical Chemistry & Applied Spectroscopy held in Atlanta earlier this month, speakers described the challenges of developing such devices. For example, developers need to figure out which compounds to measure and how to detect them selectively. Plus, researchers need to understand what the measurements tell them about how recently the driver used the drug.

The measurements are so difficult because of the low concentration in breath of the primary psychoactive component, Δ9-tetrahydrocannabinol, better known as THC, said Marilyn A. Huestis, an expert who recently retired from the National Institute on Drug Abuse. In addition, testers need to make sure they are collecting breath instead of oral fluid because wide variations in oral fluid concentration preclude its use as an indicator of impairment. Finally, it is a challenge to make sensitive and specific roadside measurements.

Scientists are trying to find markers that can be measured to reveal an individual’s marijuana use. Smoking and vaporization are the main ways marijuana users administer the drug. Studies have shown that blood concentrations are at their highest before a user has even finished smoking. Plus, there are psychological and physiological effects from the first puff, Huestis said.

Experienced users smoke differently depending on the potency of the marijuana, Huestis added. In effect, they “titrate” their dose. Plus, they can develop partial tolerance to some THC effects. But naive users who don’t yet know how marijuana affects them may not know how to titrate their dose and have no tolerance. Thus, occasional smokers who drive after smoking may be more impaired than a regular user.

During metabolism, THC is oxidized to form 11-hydroxy-THC, which is just as potent as the parent compound, Huestis said. The primary metabolite in urine is 11-nor-Δ9-tetrahydrocannabinol-9-carboxylic acid, otherwise known as carboxy-THC.

One problem with using THC as a marker of recent marijuana use is that THC is stored in fat cells of chronic cannabis users. Chronic smokers build up lots of THC, which leaches out over time. THC is measurable in chronic smokers for as many as 30 days after the last time they smoked, Huestis said. And it can found in the brain even when it’s not detectable in the blood.

Other plant cannabinoids such as cannabinol and cannabidiol and THC metabolites such as THC-glucuronide are better markers of recent cannabis usage, Huestis said. These cannabis markers appear rapidly in blood and are only detected for a short time, well within the time frame of cannabis impairment. Unfortunately, these compounds aren’t guaranteed to show up in everybody. Their presence guarantees recent use, but their absence doesn’t rule it out. But it may not matter because laws such as Washington’s focus exclusively on THC. That state set a legal THC limit of 5 ng/mL.

So tests for impaired driving have to focus on THC. And those tests need to show recent use, said Brianna Peterson, a forensic toxicologist at the Washington State Patrol. Because the Washington State Patrol Toxicology Laboratory is the only toxicology lab for law enforcement in the state, it receives all blood samples related to impaired driving, she said. 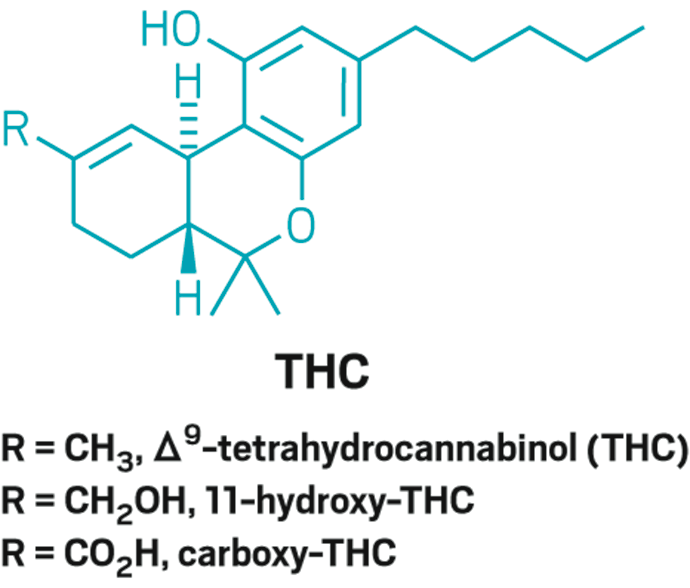 There are two levels of testing for suspected impaired driving cases, Peterson said: screening and confirmatory. The goal of screening tests is to eliminate negative samples. Any sample that gives a positive result in a screening test must then be analyzed in a confirmatory test to distinguish between true and false positives.

Since Washington’s ballot initiative passed in 2012, the total number of cases received at Peterson’s lab has increased from 5,298 that year to 7,044 in 2015. All the analyses are done from blood samples. In the most recent year, nearly one-third of samples tested positive for THC. An even higher percentage tested positive for the metabolite carboxy-THC. But even as the number of positive samples has increased, both the mean and median THC concentrations have decreased. And less than half of the positive results were for levels above Washington’s legal limit of 5 ng/mL.

But such tests are run back in the lab. Law enforcement needs tests that can be run in the field and followed by confirmatory lab tests. Alcohol breathalyzers involve an electrochemical reaction. The leading contender for a THC analog is ion mobility spectrometry (IMS), a technique that law enforcement already knows thanks to explosives testing.

IMS separates analytes according to the time they take to traverse a drift tube against a countercurrent gas flow. Researchers are developing instruments using variants of IMS called field-asymmetric IMS (FAIMS) and differential mobility spectrometry (DMS).

One such instrument is being developed by Cannabix Technologies, a firm based in Vancouver, British Columbia, in collaboration with Richard Yost’s lab at the University of Florida. The partners are developing a new instrument based on novel FAIMS cells, a planar one and a hemispherical one. “Every component reflects new science, so it’s very exciting,” said Jared Boock, a researcher in Yost’s lab. The team is still working on a front-end breath sampling interface, he said.

Boock showed that they can detect THC in simulated breath in 30 seconds. But they can’t use samples from actual marijuana smokers because pot is still illegal in Florida. Instead, they use small cigars, which contain nicotine levels equivalent to the THC in five marijuana cigarettes. They have successfully demonstrated the ability to detect nicotine and cotinine in human breath.

Getting volunteers isn’t hard at Washington State University, said Herbert H. Hill, a chemistry professor who is working on developing a DMS-based THC detector. He asks volunteers to buy a specific brand of marijuana at either of the two local cannabis shops. That brand, called Blue Dream, contains about 23% THC, which means that a typical 0.3-g dose delivers 70 mg of THC, he said.

He asks volunteers to smoke using whatever method they want until they achieve a self-diagnosed high of between four and six on a 10-point scale. Each participant provides breath samples of one-minute duration taken before and after smoking.

Hill is collaborating with Chemring Detection Systems of Charlotte, N.C., to develop the detector. At Pittcon, Jeffrey Okamitsu, chief technology officer at CDS, said the firm is looking only at THC, not its metabolites. CDS’s DMS chip acts like an ion filter and is more selective than IMS systems now on the market. To date, CDS’s instrument has been able to measure THC particles as small as 10 pg.

Firms such as CDS and Cannabix could hit it big. If marijuana legalization spreads beyond the handful of states where it has been enacted so far, detecting impaired drivers and getting them off the road will become a chief concern for the law enforcement community.