New names arise from a legend and a lark 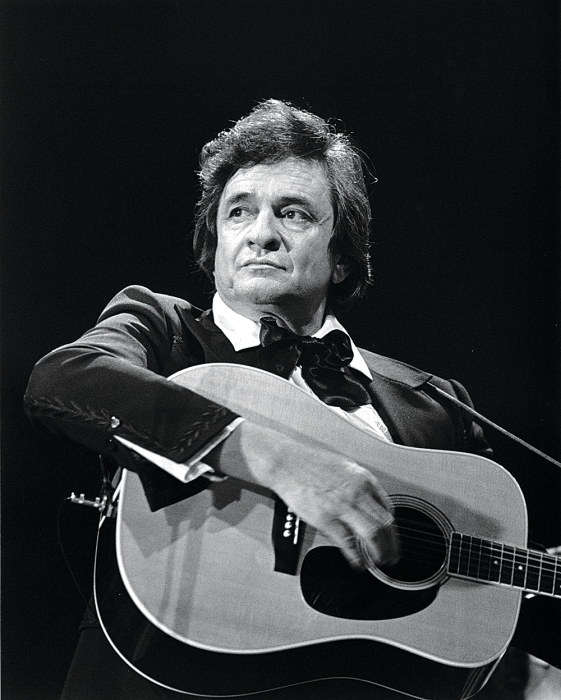 Life ain’t easy for a tarantula named Sue (or anything else). Tarantulas are hairy and terrifying and frequently meet their end at the bottom of a shoe. But a newly discovered eight-legged critter is getting a name that might give people a different point of view: Aphonopelma johnnycashi.

A. johnnycashi (pronounced johnny-cash-eye) was discovered when researchers from the Auburn University Museum of Natural History and Millsaps College examined nearly 3,000 specimens of the hairy spiders as part of a taxonomic study to better characterize species within the Aphonopelma genus. Although there were once thought to be 55 species of tarantulas in the U.S., the researchers determined there are only 29, including 14 new ones (ZooKeys 2016, DOI: 10.3897/zookeys.560.6264). 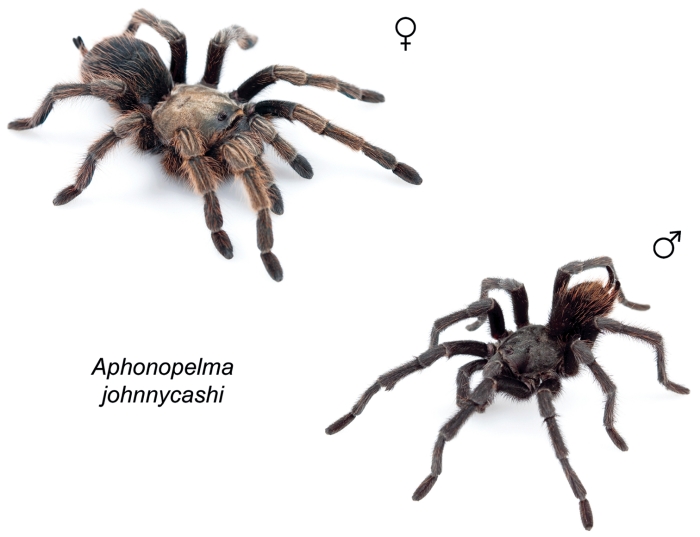 Credit: ZooKeys
The spider in black: A new tarantula species is named after singer Johnny Cash.

When it was time to name the new species, lead researcher Chris A. Hamilton took the opportunity to walk the line and pay tribute to one of his favorite singer-songwriters, Johnny Cash.

Just like the man in black himself, mature A. johnnycashi males are predominantly black. They can be found in the plains and foothills of California’s western Sierra Nevada Mountains not far from Folsom State Prison, made famous by Cash’s “Folsom Prison Blues” and the site of his legendary 1968 concert.

Specimens for the study were obtained from field research, existing museum collections, and contributions shipped in from volunteer citizen scientists, which raises the question: How does one ship a live tarantula? Apparently the key is to coax the spider into a small plastic container lined with moist paper towels, tape the container shut, and then place it into a mailing box insulated with bubble wrap, packing peanuts, or newspaper.

Volunteers out collecting tarantulas for science have no need to panic should they somehow find themselves falling down, down, down in a furry ring of spiders. According to Hamilton, tarantulas in the U.S. don’t readily bite and are “teddy bears with eight legs.”

A name that floats your boat

[+]Enlarge
Credit: NERC
They call me McBoatface: A computer-generated model of the polar research ship at the center of a crowdsourced naming campaign. 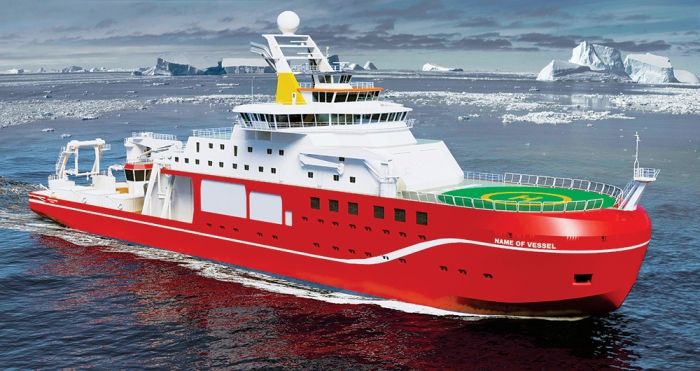 Credit: NERC
They call me McBoatface: A computer-generated model of the polar research ship at the center of a crowdsourced naming campaign.

The U.K.’s Natural Environment Research Council (NERC) decided to take a slightly different course for deciding upon a name for its newest polar research vessel. The $285 million ship is scheduled to set sail in 2019. It will be used for research in both the Arctic and Antarctic; can spend up to 60 days in sea ice at a time; and will include a helideck, robotic submarines, and marine gliders.

To help the British public feel a part of this massive project, NERC launched the “Name Our Ship” campaign on March 17. Anyone can submit a name or vote on entries on the campaign’s website until April 16.

It seemed like a great idea until the leading contender emerged: R.R.S. Boaty McBoatface appears to have captured the public imagination with more than 100,000 votes as of press time. Other humorous entries include R.R.S. Its Bloody Cold Here [sic], R.R.S. Usain Boat, R.R.S. Boatimus Prime, and R.R.S. Ice Ice Baby.

This campaign is not the first to have its good intentions sunk by the masses. Naming campaigns for items as varied as pedestrian bridges and soft drinks have suffered the same fate.

But all is not lost at sea. Other popular entries include R.R.S. Henry Worsley, in memory of the Antarctic explorer who died during a solo expedition earlier this year, and R.R.S. David Attenborough, after the beloved English naturalist and broadcaster.

NERC is taking the submissions in due course, perhaps because the agency has already stipulated that it will make the final name selection. “We are pleased that people are embracing the idea in a spirit of fun,” says Alison Robinson, NERC’s director of corporate affairs. “We are very much enjoying hearing everyone’s ideas.”

Even chemists are joining in on the fun. Nature Chemistry posted a naming poll for element 113 on Twitter a couple of weeks ago. Among the list of contenders were japonium, nipponium, and, the poll’s winner, Elementy McElementface.

Science Communication
Animal lovers battle on social media and a newly named rock star
Environment
Phony felines and dogged determination
Environment
A furry tale
Share X
To send an e-mail to multiple recipients, separate e-mail addresses with a comma, semicolon, or both.
Title: New names arise from a legend and a lark
Author: Rachel Sheremeta Pepling
Chemical & Engineering News will not share your email address with any other person or company.