Science on the road and in the air 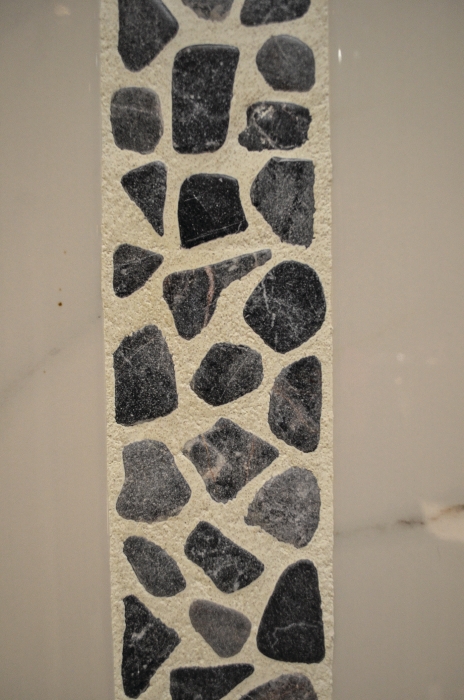 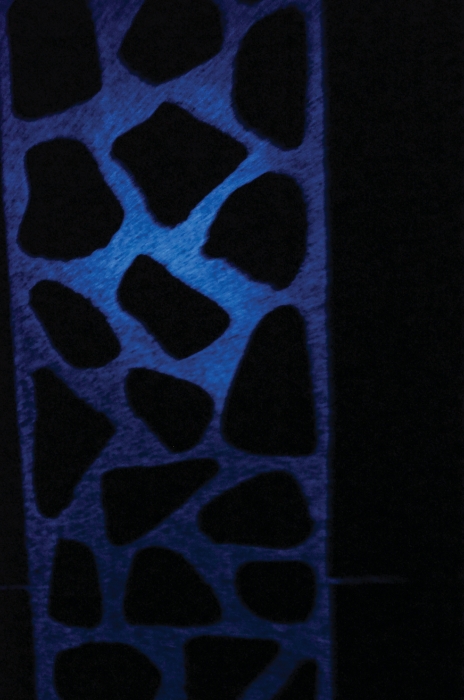 Light concrete: Rubio’s material, shown in the light and in the dark, emanates a blue light for up to 12 hours.

Roads, bicycle paths, sidewalks, and even swimming pools made from concrete could soon emit light at night thanks to novel chemistry developed by José Carlos Rubio of Michacan University of San Nicholas of Hidalgo.

Rubio had his intellectual moment of illumination about nine years ago. “I realized there was nothing similar worldwide, and so I started to work on it,” he says.

Standard concrete features crystals composed of calcium hydroxide and ettringite—a hydrous calcium aluminum sulfate mineral—and a gel made of calcium silicate hydrates. Rubio determined that concrete with fewer crystals in a continuous solid gel would allow sunlight to pass into the material’s interior, and he’s developed such a concrete. Within the interior, Rubio has introduced additives, including photoluminescent crystals that release low-energy light when excited by a certain wavelength.

Rubio won’t name the photoluminescent crystals or any other additives he uses because he says he wants to keep potential competitors in the dark.

The concrete Rubio developed releases energy in the form of a blue phosphorescent light that lasts nine to 12 hours. Light intensity can be regulated to avoid dazzling drivers.

Photoluminescent materials already appear in plastic coatings on some footpaths, but they have a life span of only about three years because they decay in the presence of ultraviolet rays. Rubio’s concrete is UV-resistant and has a lifetime of about 100 years, he says.

Rubio has created a start-up company, Sialato, to commercialize the technology. He has been working on the business full-time since December and is on a path to launch his first commercial light-emitting concrete product later this year.

[+]Enlarge
Credit: HAV
In good shape: The “flying butt” is set to undergo test flights in the coming weeks. 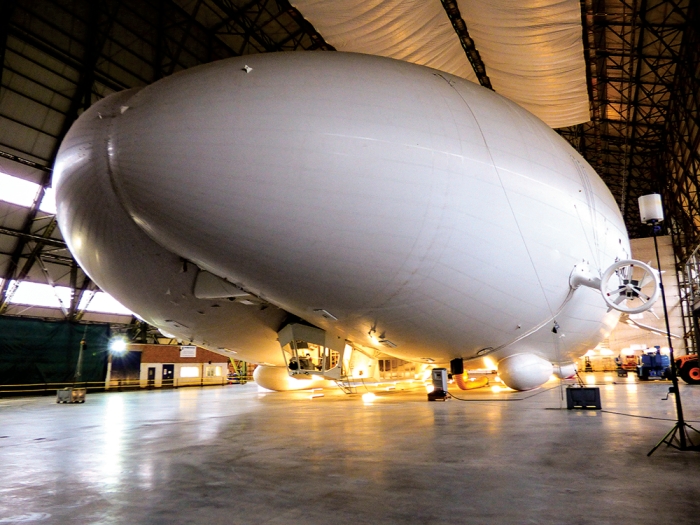 Credit: HAV
In good shape: The “flying butt” is set to undergo test flights in the coming weeks.

Readying the ‘flying butt’ for takeoff

While Rubio’s invention could make nighttime travel by road or walkways safer and more fun, the folks at England-based start-up Hybrid Air Vehicles (HAV) have lofty plans to improve transport in the air. In a back-to-the-future approach, they have developed a new type of aircraft: a winged, helium-filled blimp.

Named the Airlander 10, the winged blimp achieves a large part of its lift from 38,000 m3 of helium. Its aerodynamic shape and thrusters, which it can deploy for vertical takeoff and landing, also provide some oomph. It has a top speed of about 160 km per hour.

Some of the British press have been a little below the belt about the Airlander, renaming it the “flying bum”—which in U.S. slang translates to the “flying butt”—on account of the blimp’s anthropogenic form. The butt shape refers to the helium container, which is composed of lightweight, strong composites. HAV prefers to describe the Airlander’s shape as an “elliptical cross section allied to a cambered longitudinal shape.”

Despite being the bum of many jokes, HAV has serenely risen above the jibes and says the name-calling attracted publicity that helped raise more than $1 million in a recent crowdsourcing campaign.

In the past few weeks, HAV gained permission to begin test flights for the Airlander. At 92 meters long, it is the world’s largest aircraft, although it’s still smaller than the hydrogen-filled German zeppelins that exploded onto the scene in the first half of the 20th century.

HAV says the Airlander has been designed so that it can stay airborne for more than two weeks, making it useful for surveillance. It could also be used to transport up to 9 metric tons of goods from point to point without the need for an airport. So HAV could be about to have the last laugh over its detractors. The company is buoyed by its prospects and reckons its blimp-making business will soon take off.

Education
The Chemistry’s New in Black and Blue
Materials
Hexion Helps Lotus Build Its Fastest Car
Energy
A New Record For Solar Plane
Share X
To send an e-mail to multiple recipients, separate e-mail addresses with a comma, semicolon, or both.
Title: Science on the road and in the air
Author: Alex Scott
Chemical & Engineering News will not share your email address with any other person or company.

Comments
Jon Mills (September 30, 2016 2:34 PM)
This is very interesting! I would like to know how it is applied. Can areas be taped off and apply both the thin shapes of rock in a thin applied surface adhesive? Is there a cost per sq. ft. for materials? There could be some critical areas that are prone to walking trip hazards after dark.
Reply »