In the Land of the Rising Sun, the climate improves for high-technology start-ups

New companies still face many hurdles, but increased government support and higher risk appetite make it a bit easier to launch a start-up in Japan 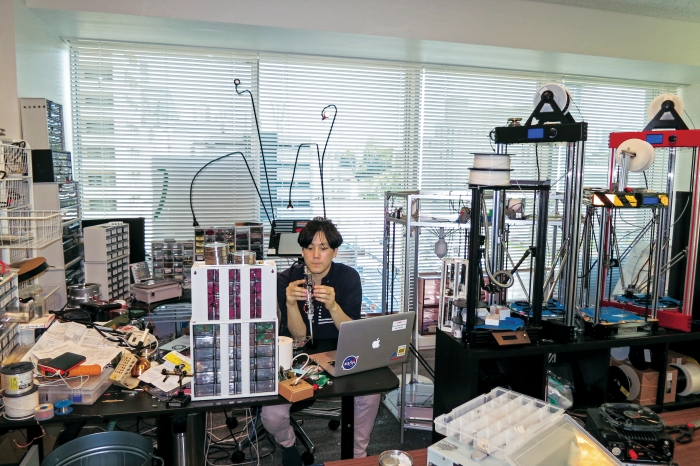 In the late 1990s, when Christopher Savoie wanted to make a business out of the technology that would become the artificial intelligence engine behind Apple’s phone interface software Siri, he left his home in Kyushu, Japan, and moved to California.

“An investor from Japan had provided us some seed money, but my partner and I really had to move to Silicon Valley to develop the technology further,” recalls Savoie, who holds a doctorate in medicine from Kyushu University. Whereas almost no one in Japan was willing to bet on their small startup, U.S. investors saw the potential. Savoie lived in California for three years, and their company, Dejima, was eventually sold to Sybase (now SAP). He returned to Kyushu.

Fifteen years later, it’s a different story for Kyulux, another Kyushu-based startup co-founded by Savoie. Seeded by government funding, the firm was able to remain in Japan, where it hired local scientists to develop new materials for organic light-emitting diodes. In early April, it attracted $13.5 million in funding from a group of investors led by Samsung Display and LG Display.

Traditionally barren ground for high-tech­nology start-ups, Japan is starting to change. Supported by numerous programs from the government and academia, more and more scientists are trying to turn their breakthroughs into successful businesses. Several former start-ups have succeeded in blossoming into well-established, medium-sized companies.

But the glass remains half-full. Japanese start-ups face numerous challenges, including limited access to capital, a shortage of managers with the skills required to run a new company, and difficulties cooperating with larger firms on the development of new technologies.

One successful University of Tokyo spin-off that was funded by UTEC is the biotech firm PeptiDream. Formed around a peptide discovery platform, the company was created in 2006. PeptiDream listed on the Tokyo Stock Exchange in 2013 and today is a medium-sized firm employing 60 people.

Another example—a University of Osaka spin-off—is Microwave Chemical, which uses microwave radiation to drive chemical production. The company raised $30 million from private investors and is collaborating with BASF to further develop its technology.

If Japan is fostering more start-ups nowadays, it’s in large part a result of a shift in government priorities. In 2013, the central government in Tokyo announced the Japan Revitalization Strategy, an economic master plan to shift resources away from old industries and into new sectors.

Start-ups can play a key role, the government hopes. Several government agencies were given responsibility for nurturing start-ups by providing them with funds and infrastructure. The goal is to foster an environment in which money raised through the successful public listings of high-tech companies flows back to early investors and provides financing for the next generation of start-ups. Such a virtuous circle is what funds much of Silicon Valley.

Perhaps owing to the government’s positive portrayal of start-ups, it has become easier for newly established firms to recruit talented staff. Kyulux now employs 15 people, some of them midcareer scientists who left larger firms, Savoie says.

“This is critical because you need experienced people to develop a technology,” he says. In the not-so-distant past, he adds, it would have been unthinkable for someone with a family and mortgage to leave a big company for a small, unknown one. Japanese tradition is to join a large firm and stay there for life.

Starting up in Japan

Opportunities
▸ Japan generates large amounts of top-notch science.
▸ The government has launched numerous programs, some well-funded, to foster start-ups.
▸ Universities encourage academics to start companies.
▸ The stigma attached to not working for a large firm is fading.
▸ Companies can list on a stock market at a far lower capitalization than in the U.S.

Challenges
▸ Few early-stage investors have earned profits from successful start-ups that they can reinvest in newer firms.
▸ To gain access to funding, start-ups often list on a stock market before they’re mature enough—and then fail.
▸ Few managers in Japan have the skills and experience required to run a start-up from early stage to initial public offering of stock.
▸ Unlike in the U.S., mature Japanese firms are reluctant to cooperate with start-ups.

Independent of the government’s efforts, universities in Japan have for a long time promoted the launch of for-profit spin-offs that build on academic research. Now, with government encouragement, schools are redoubling their efforts in that direction. One of the resulting examples is A-Clip Institute, a spin-off from Chiba University, near Tokyo.

Four years ago, Chiba recruited Kazuo Suzuki, a researcher who had retired from the National Institute of Infectious Diseases in Tokyo, to launch a company that would make use of patents owned by the university. A-Clip operates out of a life sciences business incubator supported by several government agencies and Chiba.

The company has developed a low-cost device that can detect within 15 minutes whether a patient carries antineutrophil cytoplasmic antibodies, which are associated with systemic vasculitis. The device is awaiting regulatory approval in Japan.

Although A-Clip is coming along well, the journey has not been easy, Suzuki says. The support he gets from the university is limited, and despite progress, not much financial assistance is forthcoming from the government. “The U.S. has more programs to fund small companies,” he says. Private-sector funding is limited in Japan, making it likely that A-Clip will try to tap foreign investors in the near future, he says.

Indeed, when compared with venture capital funding in the U.S., VC funding in Japan remains minuscule. Venture Enterprise Center, a government agency, estimates that VC investment in Japan amounted to a little more than $1 billion during the fiscal year that ended March 31, 2015. In contrast, the U.S. trade group National Venture Capital Association estimates that venture capitalists funded companies to the tune of $59 billion in the U.S. last year.

In theory, U.S. investors can look to Japan. However, Japanese start-ups’ ability to cooperate with foreign firms or attract capital from abroad is limited. In the case of A-Clip, Suzuki is fluent in English and, through collaboration with U.S. scientists earlier in his career, is familiar with the Western world. But generally, few scientists in Japan—whether Japanese or foreign-born—are bilingual, have the business skills to lead a start-up, and are familiar with how foreign investors operate, Kyulux’s Savoie says. “It’s a rare combination of talents.”

The alternative way to raise funds in Japan is to list on a stock market. It’s far easier than in the U.S. for a young company to make an initial public offering in Japan. Companies that have raised only a few million dollars in capital are allowed to list in Japan. By contrast, listing on a U.S. stock market comes with stricter requirements. Nasdaq, for example, requires a market capitalization of $50 million for firms that trade elsewhere.

Compared with U.S. start-ups, young firms in Japan often tap the stock market at a much earlier stage in their development. But going public too early can be the kiss of death for a firm that has not yet stabilized its operations, Savoie warns. Having to report to impatient investors every three months, when a start-up is still developing its technology and sales are erratic, may lead to failure, he says.

Rather than go public, the managers of Molcure, a Tokyo-based biotech start-up, would prefer to be acquired by another firm that could support development of the company’s technology, says Yoichiro Hara, Molcure’s chief operating officer and a cofounder. In a business incubator in the Osaki district of Tokyo, Molcure is designing an automated minilab that analyzes a patient’s blood and enables the formulation of personalized drugs. UTEC is currently Molcure’s main source of funding.

Molcure is more likely to find support from a foreign firm than a Japanese one, Hara claims. To help its chances of finding a suitable partner, Molcure is planning to relocate to either the U.S. or Canada, Hara says. “Our potential customers are abroad,” he notes. A few months ago, he and colleagues visited the new JLABS @ Toronto, an incubator operated by the drugmaker Johnson & Johnson. The Canadian city is now a top candidate for the relocation of the Molcure team.

UTEC’s Kurokawa notes that Japanese start-ups can be successful if they offer a major improvement in technology. For example, Microwave Chemical, the UTEC-funded company that is collaborating with BASF, is offering a new way to manufacture chemicals.“It’s not often in the chemical industry that a process comes along that is completely different,” Kurokawa says.

Microwaves are used to accelerate laboratory synthesis but weren’t considered viable for commercial use. Microwave Chemical built what it calls the world’s first microwave-based chemical plant, where it is making commercial quantities of printing inks, food additives, and electronic materials. In the future, the firm may license its microwave technology to BASF and others, Kurokawa says.

Microwave Chemical and a few other firms that have made the transition from start-up to viable business are beginning to prove that Japan is no longer unsuitable for the launch of high-technology companies.

But the country still has a long way to go before it becomes the California of Asia. Precious few Japanese companies have raised more than a few million dollars from a stock offering. Until that starts to happen with some regularity, entrepreneurs in Japan won’t have much access to cash-rich investors to help them grow their ideas.

Business
Open innovation reaches Japan
Business
Europe plans $1.7 billion venture capital fund
Business
France’s Tech Start-ups Surge In Number
Share X
To send an e-mail to multiple recipients, separate e-mail addresses with a comma, semicolon, or both.
Title: In the Land of the Rising Sun, the climate improves for high-technology start-ups
Author: Jean-François Tremblay
Chemical & Engineering News will not share your email address with any other person or company.