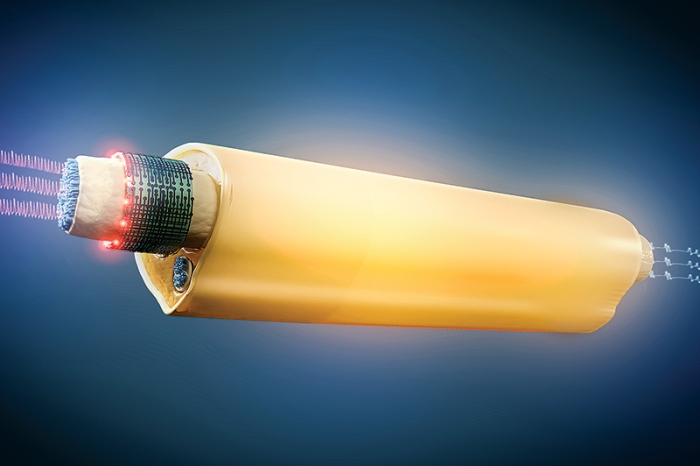 GlaxoSmithKline has joined with Verily Life Sciences to set up Galvani Bioelectronics, which will focus on treating chronic illnesses by controlling electrical impulses in the body. GSK and Verily, the former Google Life Sciences business, will initially invest up to $718 million over seven years to support R&D at Galvani.

Having made a concerted push into the bioelectronics area in 2012, GSK will now put its in-house efforts into Galvani for a 55% stake. The start-up will be housed at GSK’s Stevenage, England, R&D site with research also conducted in South San Francisco. Kris Famm, GSK’s vice president of bioelectronics R&D, will become Galvani’s president.

GSK says it has already seen encouraging proof of principle results in animal models in a range of diseases. And it anticipates that the first bioelectronic therapies could be ready for approval within 10 years. To achieve this, Galvani will focus on showing clinical evidence in inflammatory, metabolic, and endocrine disorders, including diabetes.

Although neurostimulators are available to treat epilepsy, pain, and other conditions, GSK envisions much tinier devices attached directly to nerves. These devices will be designed with better clinical insight and more precise neural control, the company claims. Ultimately, the goal is to close the therapeutic loop by having devices that can measure conditions, analyze data, and adjust treatment as needed.

GSK has also established a network of about 50 research collaborations. In late 2014, it launched a $5 million Innovation Challenge Fund to support academic and small company bioelectronics-related R&D teams. Three finalist teams remain and GSK hopes to award a $1 million prize by year-end.