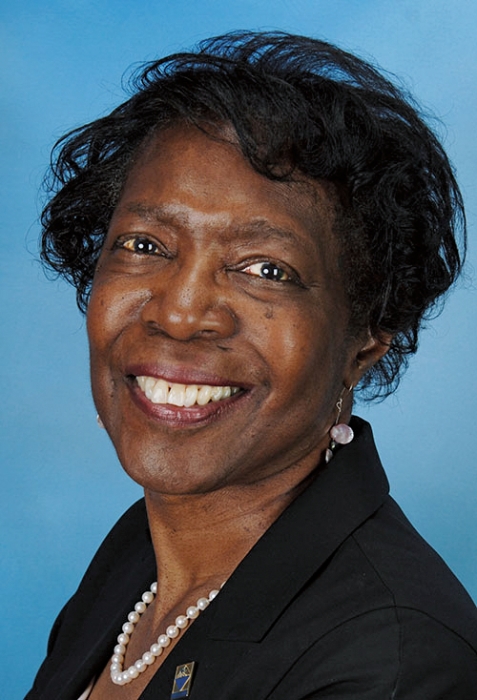 First, I thank you for the opportunity to serve on the American Chemical Society Board of Directors from 2014 to 2016. My first term as a director-at-large has been rewarding, enabling me to gain more insight about ACS as a society while I strived to advance the broader chemistry enterprise. Among my priorities for a second term are enabling ACS to reach its potential in both globalization and diversity. My 16 years of corporate experience developing global business partnerships gives me the expertise to work with ACS executive staff and the board to build sustainable global relationships. In 2015, I received a deeply appreciated recognition award from my alma mater as Vanderbilt University announced its focus to be more inclusive. Vanderbilt established the Dr. Dorothy J. Wingfield Phillips Endowed Chair to advance research, education, and diversity in the STEM fields.

Highlights of my achievements and service during my first term and initiatives for a second term are consistent with ACS’s goals and core values.

Globalization. ACS has specific objectives for continued international involvement. As a global marketer, I realized that an important strategy to building relationships in Europe, Japan, and Asia was spending time with stakeholders in their environments. Better understanding of their culture, values, and needs fostered the building of common goals. During a second term on the board, I will push forward the idea for board members to visit international members, chapters, and business partners.

Diversity and inclusion. Being recognized by Vanderbilt as a trailblazer for diversity, I am committed to making strong contributions to this ACS core value. While serving on the board’s Grants & Awards Committee, I supported the effort to increase the number of women and minority candidates for society awards and honors. In 2015, I attended the National Organization for the Professional Advancement of Black Chemists & Chemical Engineers (NOBCChE) meeting to strengthen its collaboration with ACS. Currently, I chair the collaborative that is tasked with achieving the strategic imperative to increase the diversity of ACS membership so that it reflects that of the U.S. and the world.

Science and human rights. Since 2014, I’ve been proud to serve as the ACS Board liaison for the society’s Science & Human Rights (S&HR) program that monitors the cases of scientists worldwide whose rights have been abridged. I work closely with the Office of International Activities to expand the initiative to include webinars, symposia, and collaborations. My two C&EN comments on S&HR (Oct. 13, 2014, page 30, and Jan. 18, page 35) focused on increasing the involvement of ACS members in casework. During a second term on the board, I will continue to support S&HR programs as well as encourage further involvement of ACS members.

Safety in laboratories. My level of interest in chemical safety has been enhanced by the recent increase in newsworthy safety incidents. For example, on March 16, Thea Ekins-Coward, a postdoc at the University of Hawaii, Manoa, suffered the loss of an arm in a laboratory explosion. During a second term, I will work closely with my colleagues to determine actions at the board level to noticeably enhance ACS’s involvement and profile in laboratory safety.

Legislative summits. Legislative summits are organized annually for board members to spend a day on Capitol Hill advocating for public policies related to the society and its members. As a member of the board, I visited the offices of senators and congressmen each year. When President Obama signed the Every Student Succeeds Act on Dec. 10, 2015, I felt fulfilled because I advocated for this bill with its potential to prepare more students for careers in chemistry and related disciplines.

Personal goal. I grew up in the segregated South of the U.S., yet my achievements have been far greater than expected. I exceeded my potential through the grace of God and the support of others. I was the first African American woman to receive a B.A. degree from Vanderbilt’s College of Arts & Science and a Ph.D. from the University of Cincinnati in chemistry and to serve on the ACS Board of Directors. Whenever I tell my story, I hope it inspires someone in the audience to move forward with his/her career in the sciences or other disciplines.

In summary, I have demonstrated my ability to be a strong contributor on the ACS Board of Directors. I have extensive leadership experience as a corporate director and within ACS governance, local sections, and divisions. I have high enthusiasm and many ideas for my second term as a director-at-large.

Please visit my website at ­dorothyphillips.net and cast your vote for me!

Candidates will not be notified of comments left on this webpage. To contact this candidate directly, e-mail dwphillips@comcast.net.

Elections
For director-at-large: Dawn A. Brooks
People
Dorothy Phillips honored as Vanderbilt Trailblazer
Elections
For District IV director: Lisa Houston
Share X
To send an e-mail to multiple recipients, separate e-mail addresses with a comma, semicolon, or both.
Title: For Director-at-Large: Dorothy J. Phillips
Author:
Chemical & Engineering News will not share your email address with any other person or company.