In China for a Western degree 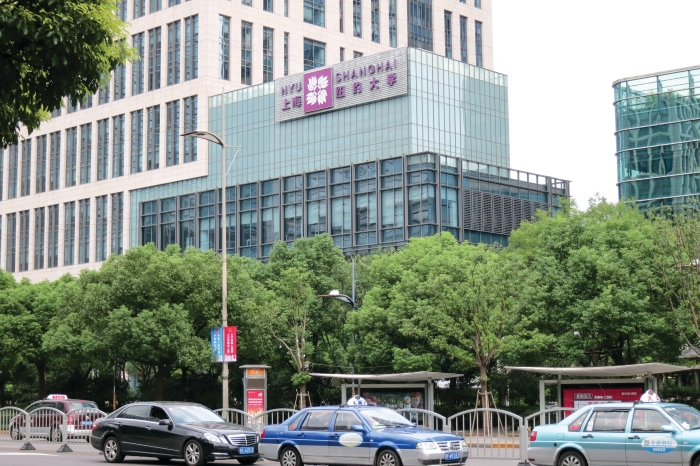 Credit: Jean-François Tremblay/C&EN
NYU has a visible presence on one of Shanghai’s main arteries, Century Avenue in Pudong.

Boston native Kaavya Ashok is a neuroscience student at New York University—in Shanghai. After studying Chinese for 10 years in the U.S., she now has a chance to practice as an exchange student at NYU Shanghai. She is one of a growing number of students who are taking advantage of the opportunity to study at campuses of Western universities in China.

U.S. and British universities have set up campuses or affiliated institutions in China where students can get the same degree that they would if they went to the home campus of those universities, while also getting exposure to China and its language. And despite paying less than students at the home campus, they also enjoy more attention from their professors because the class sizes are much smaller.

“In New York, we were 600 in the auditorium in my first-year organic chemistry class, compared with nine students in my class here,” Ashok says. “When classes are smaller, it helps to learn more.” NYU Shanghai takes in 300 students per year.

Over the past decade, several universities from the West have set up campuses or joint-ventures with local universities in China where students can enroll in English-taught undergraduate or graduate programs. At a few of these satellite campuses in China—particularly those of NYU, the University of Liverpool, and the University of Nottingham—students can enroll in chemistry or chemical engineering programs. Chinese students can get a Western education at home, and foreign students get to learn about China by being there.

NYU Shanghai offers a range of programs in liberal arts, science, and business. The campus has two physical locations, one within East China Normal University in the old part of Shanghai and the other in Pudong, in newly built facilities. NYU Shanghai opened in 2013, a mere three years after NYU began negotiating with the Chinese government in 2010. Talks went smoothly largely because the U.S. university had enlisted ECNU’s support.

Enthusiasm on the government side was another factor in NYU’s smooth opening in Shanghai. “A component of China’s ongoing educational reform is to offer more Western-style education in China,” says John Z. H. Zhang, a chemistry professor who is director of the NYU-ECNU Center for Computational Chemistry. Chinese government endorsement for an NYU campus in China later translated into funding, enabling the university to set up the well-equipped computational chemistry center at a relatively low cost, Zhang notes.

Other schools have benefited from government’s support, including the University of Liverpool and Xi’an Jiaotong University, which together set up a new university in Suzhou. In Suzhou, Xi’an Jiaotong-Liverpool University has “an incredible amount of equipment,” in its chemistry labs, says Rudi Marquez, head of the chemistry department. The department, which offers both undergraduate and graduate education, is equipped with high-field NMR, high-performance liquid chromatography, high-resolution mass-spectrometers, and other top-flight instruments. “Each student is able to work in an individual fume hood, even in the undergraduate teaching laboratories,” he says.

The wealth of instruments has been a welcome surprise to some students. “The university has so much equipment, I don’t have to wait for results,” says Ricardo López-González, a Ph.D. student at Xi’an-Liverpool. “I was worried about that before coming here but then realized they have everything here.” Lopez moved to China from the U.K. one year ago with his wife and teenage daughter to study with Marquez, his thesis supervisor.

Foreign and Chinese students have both welcomed the establishment of Western universities in China, and not only because the schools are well equipped. 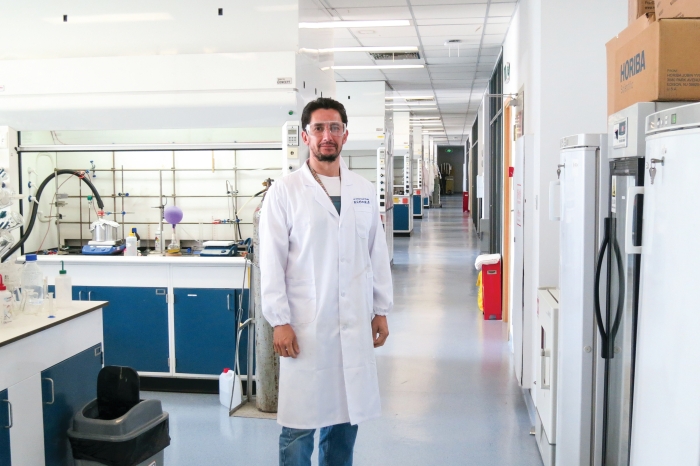 Credit: Jean-François Tremblay/C&EN
Marquez, head of the department of chemistry at Xi’an Jiaotong-Liverpool University in Suzhou, stands in one of the school’s large new labs.

New Jersey native Ronak Trivedi, a neuroscience student at NYU Shanghai who enrolled in 2013, looks forward to the Chinese language classes that he attends four times per week. Now in his fourth year in China, he looks back fondly to his first year, which he spent at ECNU being “part of a Chinese university.” NYU’s other site in Pudong is brand-new and feels like it could be anywhere. After he graduates in the spring, Trivedi plans to attend a U.S. medical school.

Meanwhile, Chinese students who enroll at schools such as NYU Shanghai value being able to get a Western education in their home country. “The student body in the north of China is very homogeneous and local, but here it’s very varied,” says Fred Fei, a freshman from the northern province of Shandong who has not declared a major at NYU Shanghai. Studying at NYU Shanghai allows him to gain confidence in his English skills before going to study abroad later on.

Eric Song, another NYU Shanghai freshman with an undeclared major, points to the wider range of options that a Western education offers him. “At most Chinese universities, you need to select a major—which you won’t be able to change later—when you pass the high school final exams,” he says. For many people, Song says, this can mean setting one’s life path while still a teenager. “At NYU Shanghai, I have more chance to explore.” A native of Suzhou, Song further appreciates that he only has to travel about an hour to go home for a visit.

A major selling point for foreign universities in China, appealing to both Chinese and foreign students—and their parents—is that they cost less to attend than universities in the U.S. or the U.K., says George Zheng Chen, head of the department of chemical and environmental engineering at the Ningbo campus of the University of Nottingham. “This is very attractive to the many Chinese families who aren’t so rich,” he says.

Set up in 2004, Nottingham Ningbo was the first foreign university campus in China. The school takes in 1,700 students per year who pay roughly $12,000 per year in tuition, roughly half what it costs in the U.K. NYU charges more, the same fees in Shanghai that it charges in the U.S., though the cost of living is lower in China.

The students aren’t the only ones who benefit from those new campuses setting up shop in China. The foreign universities themselves get something out of the initiative. For instance, Chen says, Nottingham has gained from the influx of brilliant Chinese students who make a smooth transition into the university’s main U.K. campus.

“In 2013, with the Engineering Materials module that I taught at Nottingham before moving to Ningbo, nine of the top ten students in my class of more than 120 students were from the Ningbo campus,” Chen says. Roughly half of the students who enroll in Ningbo choose to spend the latter two years of their undergraduate studies in the U.K., he notes.

“This is really beneficial to the U.K. campus, as many later go on to graduate school.” Whereas most chemical engineering graduates in the U.K. join the labor force, the majority of students from China continue their studies in graduate school, Chen says.

At Xi’an Liverpool, the students have the option of spending two years in Liverpool and two years in Suzhou, but in the end all graduates—even those who spent their whole four years in China—get degrees from both Xi’an-Liverpool as well as from Liverpool itself. Studying at the main Liverpool is attractive because its chemistry ranks as first in the U.K. in terms of output and second overall, according to a ranking by the Research Excellence Framework.

As for faculty, moving to China to teach is also gratifying, Marquez says. This is particularly so for chemistry. Before he left the U.K. one year ago, Marquez was an associate professor in a country where chemistry departments are struggling with funding cutbacks. “Chemistry was less and less of a priority,” he says. When he moved to China, he became department head in a country where “chemistry is growing.”

The work is stimulating, Marquez says, largely because the future of his young department is full of possibilities. His main worry, he says, is that the Chinese government has not granted residency visas to him and other foreign faculty. This uncertain legal status makes it difficult for foreign academics to organize long-term career or personal plans in China. The Chinese government is, however, looking to provide long-term residency to foreign academics, he adds.

But foreign students enrolled at Liverpool in Suzhou, or any other foreign university campus in China, will get a student visa allowing them to complete their studies in the country. For them, studying in China is substantially the same as if they had chosen to study in a Western country, Marquez says. “In China, you get the same experience as in the U.K., but since you’re far away from home, you also get an adventure.”

Policy
Concerns about scientist immigration to the US have amplified during the COVID-19 pandemic
Postdocs
Chinese chemistry Ph.D. grads are forgoing U.S. postdocs
Policy
More than ever, China seeks foreign chemists
Share X
To send an e-mail to multiple recipients, separate e-mail addresses with a comma, semicolon, or both.
Title: In China for a Western degree
Author: Jean-François Tremblay
Chemical & Engineering News will not share your email address with any other person or company.