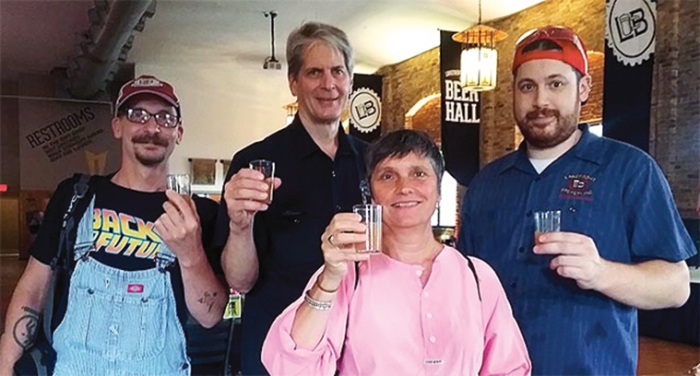 Credit: Courtesy of Bettina Arnold
Lazarus libation: Mike Vergolina (from left), Russ Klisch, Arnold, and Sheridan get a taste of the prehistoric recipe.

Bettina Arnold has dug up her share of graves. So maybe it was fitting that the archaeologist and professor at the University of Wisconsin, Milwaukee, teamed up with that city’s Lakefront Brewery to bring a millennia-old brewing recipe back from the dead. 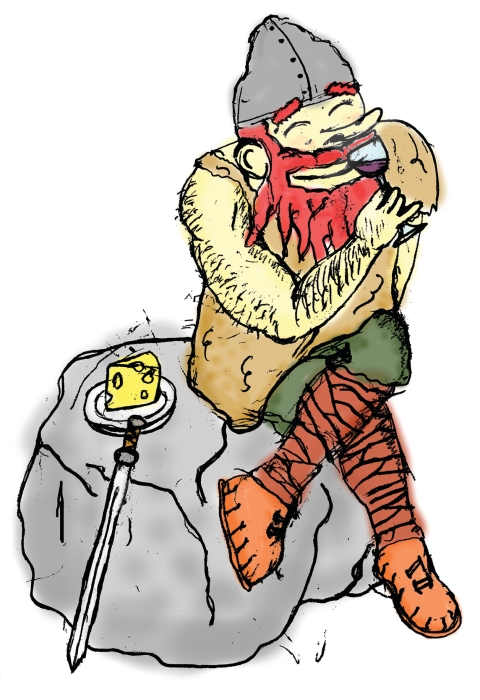 While excavating a tomb in southwestern Germany from around 450 B.C.E., Arnold’s team wasn’t surprised that the body had been completely dissolved by the acidic soil, bones and all. More curious, though, was the bronze cauldron, sitting where the body’s feet once were, still containing a congealed mass. It was all that remained of an alcoholic brew meant to accompany the poor soul into a distinguished afterlife. In the otherworld, “you had to use the same system of reciprocity and distribution that was required for establishing yourself as a person of influence in this world,” Arnold tells Newscripts. “It’s a BYOB afterlife.”

Arnold sent a sample of the cauldron’s ­contents to the Baden-Württemberg State Monuments Office, where paleobotanist Manfred Rösch analyzed the dregs with the hope of re-creating a list of ingredients. The first few were predictable: barley, yeast, and honey.

Rösch gleaned more information from rehydrated pollen particles in the sample, which were intact thanks to the preservative properties of copper salts that leached into the brew from the bronze vessel. By counting pollen particles under a microscope, Rösch determined that mint and meadowsweet—a local herb that added astringency to brews—were both used as flavorings. Notably missing were hops, which had not arrived to the area by 450 B.C., but meadowsweet was often used as a stand-in both as a bitter flavoring and as a preservative.

The final step was actually brewing the braggot, as Lakefront classified the drink. Chad Sheridan, a cellarmaster at Lakefront and a homebrewer of mead, fermented a barrel of the stuff. Arnold was surprised that despite the honey, the brew was very dry, like a champagne, with minty top notes and a bitter finish due to the meadowsweet. “I liked it,” Arnold tells Newscripts, but “it wouldn’t be for everyone.” 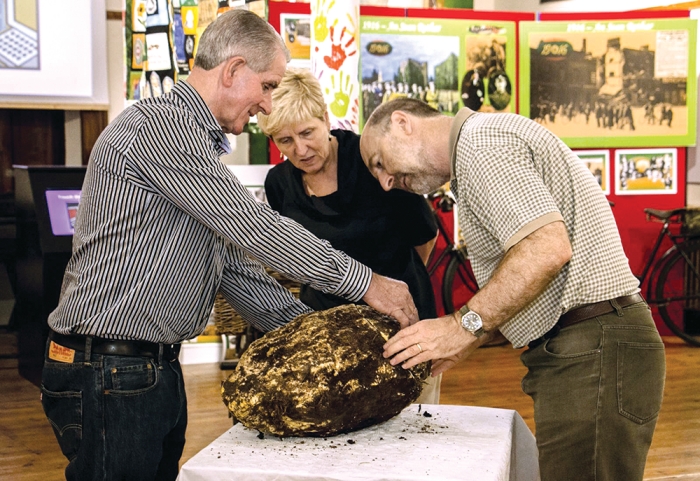 As a turf cutter from County Cavan, Ireland, Jack Conway removes turf or peat—a mass of decayed plant material that is used commonly in Ireland as fuel—from under a bog. But this summer, Conway’s cutting machine struck more than turf. Upon investigation, Conway dug up a 10-kg sour-smelling rubbery object the shape of a rugby ball.

He’d found “bog butter,” a lump of dairy fat buried more than 1,000 years ago. It’s thought that people in Ireland buried the foodstuff in bogs for preservation because the peat is so acidic and oxygen-poor.

Until then, Conway had only found a set of antlers beneath his bog, which he’d simply cast aside, so he wasn’t sure what to do with his new discovery. A local teacher told him to take it to Cavan County Museum, which then contacted the National Museum of Ireland. Andy Halpin, assistant keeper at the National Museum, recovered the piece and says radiocarbon dating will be conducted in the coming weeks, but he thinks it is likely that the butter is 1,500 to 2,500 years old.

Although hitting bog butter isn’t unheard of, Halpin says the more interesting aspect of this sample, archaeologically speaking, was its location—about 100 meters from the convergence of three baronies, which may preserve the outlines of ancient Irish kingdoms. In pre-Christian times, butter was buried near regional boundaries as an offering to a deity, perhaps to ensure the land’s fertility—buttering her up, so to speak.

Analytical Chemistry
Old-fashioned brewing and an easy way to age hard liquor
Biological Chemistry
What’s champagne and how do you preserve its precious fizz?
Analytical Chemistry
Adventures in analytical chemistry: Looking for Shakespeare’s inspiration and finding protein with pop
Share X
To send an e-mail to multiple recipients, separate e-mail addresses with a comma, semicolon, or both.
Title: Unearthing 2,000-year-old booze and butter
Author: Manny I. Fox Morone
Chemical & Engineering News will not share your email address with any other person or company.