Transferring Chemistry From Body To Home 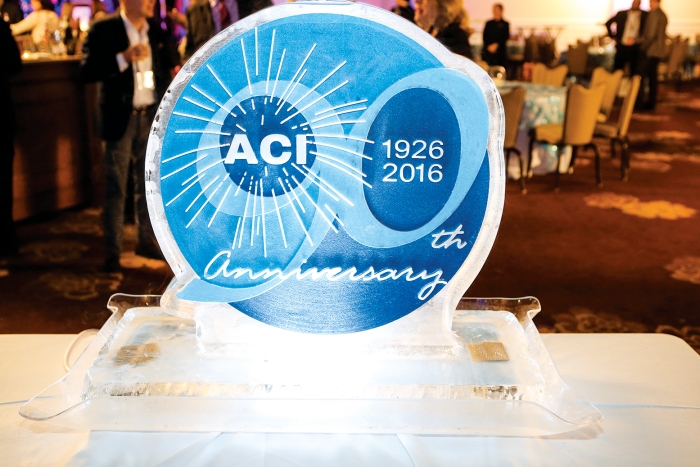 Credit: ACI
The American Cleaning Institute celebrated its 90th anniversary at its convention this year.

As goes laundry so goes the cleaning product ingredient industry. In the U.S., laundry detergents are the single largest outlet for surfactants, rheology modifiers, enzymes, and other products the chemical industry sells to the cleaning sector.

So chemical company managers were disheartened in late 2014 when A. G. Lafley, head of detergents giant Procter & Gamble, lamented to investors that the laundry category had been on the decline since the 2007 financial crisis. Lafley cited factors such as smaller U.S. households and high-efficiency washing machines that require less detergent.

A year later, however, Jon Moeller, P&G’s chief financial officer, was singing a different song. “The U.S. laundry category is growing again,” he told investors on an earnings conference call in October 2015. Moeller pointed to growth for fabric-enhancer beads and to the single-dose laundry products the company calls pods.

Moeller’s happier tune was on the lips of chemical company executives attending the annual conference of the American Cleaning Institute (ACI) in Orlando last month.

Nobody pretended that, in the U.S. at least, cleaning is anything but a mature industry, but the executives C&EN talked with were generally optimistic that growth has returned and that above-average growth can be had. Sometimes, they disclosed, it’s achieved by transferring technology developed for the personal care market over to home care.

Chad Holzer, global director of Dow Chemical’s home, institutional, and personal care business, said the U.S. laundry detergent market is growing at a modest 1–2% per year. It’s not a monolith, though, he noted. Powders are declining, liquids are flat, and pods are flourishing. Among ingredients, ones that offer sensory enhancement and fabric resiliency are in demand.

Sensorial qualities, in particular, can have their genesis in the personal care market. For example, Dow leveraged skin care ingredient know-how to develop its new Supracare polymers, cellulosics that, among other things, provide softening and conditioning in laundry detergents.

Holzer is bullish on the ability of Dow’s new research labs in Collegeville, Pa., to facilitate more interaction between skin care and home care researchers. Opened last year in a former Pfizer facility, the labs bring together in one location scientists who were scattered about 22 buildings in nearby Spring House, Pa. Soon, Holzer added, Dow business managers now working in Philadelphia will move out to Collegeville, adding another dimension to the interaction there.

Steven Snead-Smith, business director for household care at Evonik Corp., said such interaction is already happening at his firm’s new business and innovation center in Richmond, Va. The facility, which opened about six months ago, doubled the German firm’s surfactants-related laboratory space in North America, he noted.

“Technical people in household care are in the same area as technical people in personal care,” Snead-Smith said. “I walk 50 feet, and I’m in customer service. It’s creating exactly the environment we wanted.”

Researchers at the new labs are exploring many of the same trends being pursued at Dow and other cleaning ingredient suppliers. At the ACI meeting, for example, Evonik introduced an organo-modified silicone intended to boost the performance of cationic fabric softeners. According to Snead-Smith, the Rewocare brand silicone improves softening and helps fragrance stay on fabrics.

Ashland knows the benefits of revamping its laboratories, having done the same in 2014 when it moved specialty ingredient R&D to a facility in Bridgewater, N.J., formerly owned by the drugmaker Sanofi. There, according to Jeff A. Rogers, vice president for consumer specialties, researchers working with Ashland’s core cellulosic, vinylpyrrolidone, and acetylenic chemistry are always looking for crossover between home and personal care trends.

The ACI meeting is not only about laundry. Rogers said customers were eager to learn more about polymers that add “surface repair” to hard-surface cleaners so they fill in small scratches in wood and stainless steel. And during an awards ceremony, the German consumer products major Henkel awarded Evonik its annual laundry and home care innovation award for a new polymer that similarly enhances the gloss and finish of damaged floor surfaces.

Executives from BASF, the world’s largest chemical maker, were at the ACI meeting and feeling optimistic. “The pulse is a little bit quicker than last year,” said Dirk Buengel, head of BASF’s care chemicals business in North America.

Like his competitors, Buengel acknowledges that the home care business can benefit from the feel and aesthetics that are so important to personal care products. “Not only is it clean from a scientific view, but the touch, feel, smell says it is clean,” said Buengel about what a properly designed cleaning product delivers.

BASF calls itself the leading supplier of ingredients to both the home care and personal care industries, so it’s not surprising that Henkel’s beauty care award went to BASF. It was for Plantasil Micro, a microemulsion of oils and surfactants that brings skin softening oils to clear shampoos and shower gels.

Perhaps by next year BASF researchers will have developed a version for laundry detergents.

Consumer Products
Updating innovation in the cleaning product industry
Business
American Cleaning Institute’s 2015 Conference
Materials
Behind Closed Doors
Share X
To send an e-mail to multiple recipients, separate e-mail addresses with a comma, semicolon, or both.
Title: Transferring Chemistry From Body To Home
Author: Michael McCoy
Chemical & Engineering News will not share your email address with any other person or company.