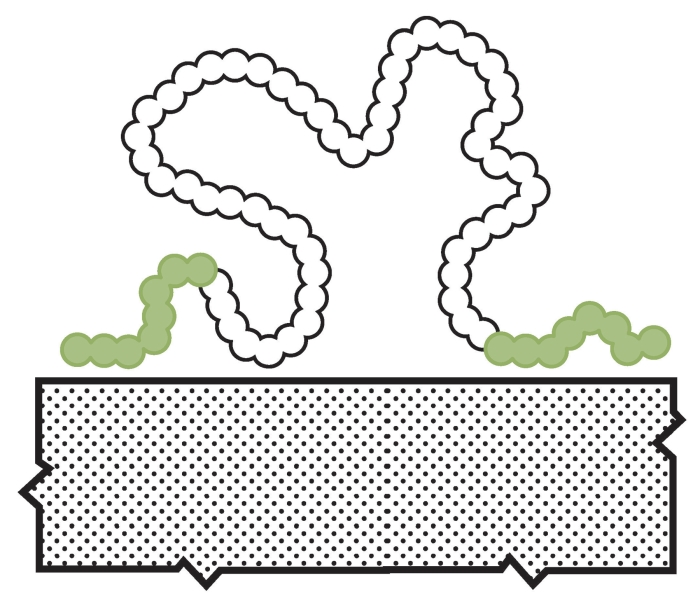 Artificial joint implants get worn out over time, requiring replacement every 10 to 15 years. Polymer coatings could extend the lifetime of the implants by decreasing friction on the joint and minimizing wear. The ideal polymer would also resist protein adsorption and cell adhesion, which can trigger an inflammatory response. Now, researchers describe a polymer that attaches strongly to a variety of surfaces and exhibits enhanced lubricating and antifouling properties (ACS Nano 2015, DOI: 10.1021/acsnano.5b06066).

Lubricating polymers repel each other and attract water, allowing it to flow between two coated surfaces. This prevents surfaces from touching and minimizes friction, says study coauthor Xavier Banquy of the University of Montreal. But most polymers that are good at reducing friction are not very good at resisting protein adsorption. And previous reports of lubricating polymers that resist fouling show that they fail to adhere strongly to surfaces, which makes them unlikely to hold up in real-world applications in the body.

CELL REPELLER
[+]Enlarge
Credit: ACS Nano
Fluorescence micrographs show that mouse bone cells readily adhere, spread, and proliferate on bare glass (top) but fail to do so when the glass is first coated with a mussel-inspired polymer (bottom). 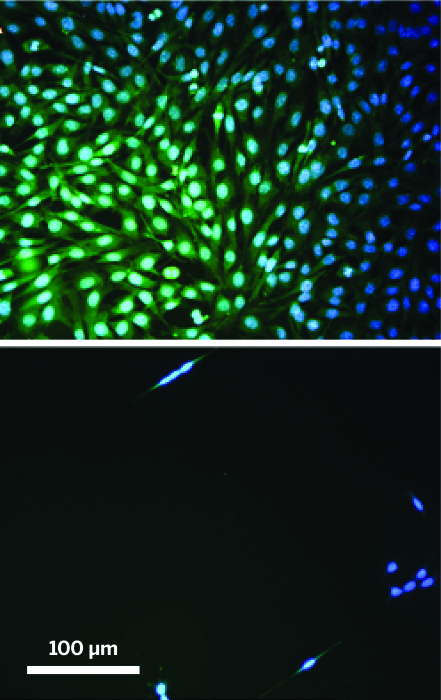 Credit: ACS Nano
Fluorescence micrographs show that mouse bone cells readily adhere, spread, and proliferate on bare glass (top) but fail to do so when the glass is first coated with a mussel-inspired polymer (bottom).

So the team—including John Herbert Waite, Jacob N. Israelachvili, and Craig J. Hawker of the University of California, Santa Barbara, and Dong Soo Hwang of Pohang University of Science & Technology—took inspiration from mussels, which send out sticky filaments known as byssus threads that enable them to stay anchored to rocks in the midst of pounding waves. The threads contain many catechol side chains, which form strong hydrogen bonds to surfaces. The researchers created a triblock copolymer composed of a lubricating and antifouling polyethylene glycol midsection flanked by catechol ends. The polymer midsection formed loops between the catechol groups when they anchored onto surfaces, such as metals, plastics, glass, and ceramics.

In wear tests, the team found that at a neutral pH, surfaces coated with the polymer loops reduced friction by at least an order of magnitude compared with polymers of similar composition with weaker anchoring groups made of amines. They also found that glass coated with the polymer loops inhibited mouse cells from sticking, spreading, and proliferating.

Before the polymer can be considered for biomedical applications, Banquy says it will need to undergo further testing to ensure it is biocompatible and able to perform under real-life conditions.