Common anti-inflammatory drugs could be an antidote for scorpion venom

CORRECTION: This story was updated on April 25, 2016, with the correct structure of indomethacin.

The sting of a scorpion can be deadly without the right anti-venom handy—each year, some 3,000 people die from encounters with these poisonous arthropods. Now, a research team in Brazil has discovered a potentially simple strategy to treat scorpion-sting victims: give them common anti-inflammatory drugs, such as indomethacin and celecoxib (Nat. Comm. 2016, DOI: 10.1038/ncomms10760).

[+]Enlarge
Credit: Nature Communications
Scorpion venom makes the immune system overreact, a dangerous condition that might be reversed with common anti-inflammatory drugs, such as indomethacin and celecoxib. 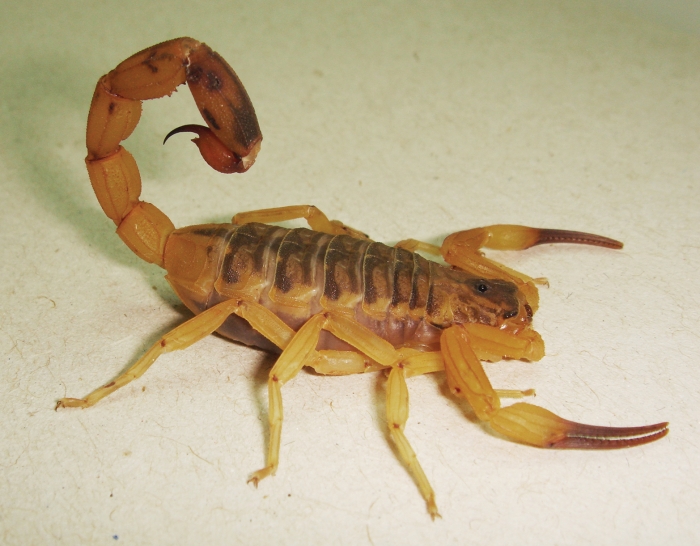 Credit: Nature Communications
Scorpion venom makes the immune system overreact, a dangerous condition that might be reversed with common anti-inflammatory drugs, such as indomethacin and celecoxib.
[+]Enlarge 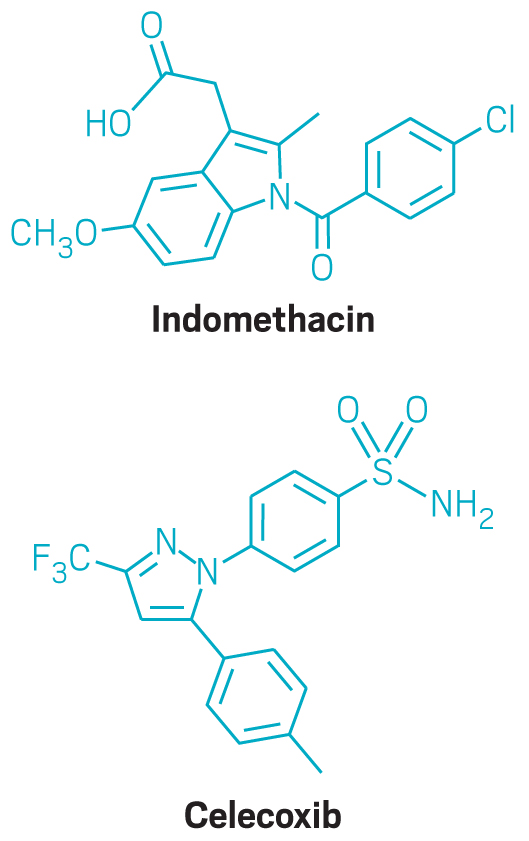 The researchers, led by Lucia H. Faccioli of the University of São Paulo, showed that mice treated with these drugs after being given deadly doses of scorpion venom were able to recover. If the work in mice translates to humans, first aid professionals could turn to these common drugs when treating patients in remote, hot, or poor regions that may not have consistent supplies of antibody-based anti-venoms, Faccioli says.

Anti-venoms such as these require cold storage, are expensive, and work only as antidotes for the venom of specific species, comments Noah Palm, an immunologist at Yale University who has studied the effects of venom. For example, he says, it’s not practical for scientists studying poisonous animals in the field to carry anti-venoms designed to counteract every dangerous species they come across. “The possibility for a generic treatment is exciting,” Palm adds. He’d like to see whether Faccioli’s results in scorpions could be extended to snakes and other venomous creatures.

Faccioli and her team found that mice stung by scorpions experienced a severe immune reaction. This type of overreaction can be worse than the direct effects of the venom’s poison: The immune system’s frenzy causes life-threatening lung edema—filling of the lungs with fluid—w hich puts individuals at risk for death by suffocation.

Working with mice, Faccioli’s team teased out the immune signaling pathways activated by the venom of the Brazilian yellow scorpion, Tityus serrulatus. She and her colleagues found that levels of the lipid signaling molecule prostaglandin E2 skyrocketed, correlating with severe inflammation and lung edema in the animals. The role of prostaglandin E2 in the deadly reaction made Faccioli suspect that common nonsteroidal anti-inflammatory drugs (NSAIDs)—which reduce overall prostaglandin levels in the body—could control the inflammation caused by the scorpion venom.

Next up, Faccioli hopes to start testing in humans—beginning with blood samples—as soon as she receives approval from an ethics board to do so.

Rogers E. Harry-O'kuru (February 24, 2016 4:26 PM)
Nice work on the proposed remedy to the scorpion sting. My concern as a non-immunologist is that the scorpion carries no ice-pack in order to generate the venom most probably at higher than its normal body temperature yet the antidote requires an ice-pack to be effective. Is there something missing in the narration? Or are the proposed drugs actually useful as antidotes under normal conditions?
Reply »

S. Everts (February 26, 2016 3:52 AM)
The reason conventional anti-venoms need an ice-pack is just for storage--the active ingredient doesn't stay intact if it gets too warm.
Reply »

Preedag-Peter Ilich (February 24, 2016 6:03 PM)
Matters of language: A scorpion is injecting a poisonous substance with a sting in the tail so it is venomous not poisonous.
Reply »

Velusamy K. Velu (February 25, 2016 8:20 AM)
This is exciting and confidence building. Seems like a "simple solution for a complex solution". This is already hinted by the original researchers, however I would like to reiterate that this solution could be extended for venom of lesser toxicity with even simpler anti-inflammatory drugs. In such cases testing on human may be carried with lesser risk.

J, Antonio Cervantes (February 25, 2016 3:08 PM)
If this approach works on human beings, it will certainly be an outstanding breakthrouh. Wish youthe best of luck in your continuing research.
Reply »

Christopher Sebastiano (February 26, 2016 11:41 PM)
Is there a carboxylic acid -OH missing on the ketone group on the indomethacin?
Interesting read, I hope this continues on to human trials soon.
Reply »