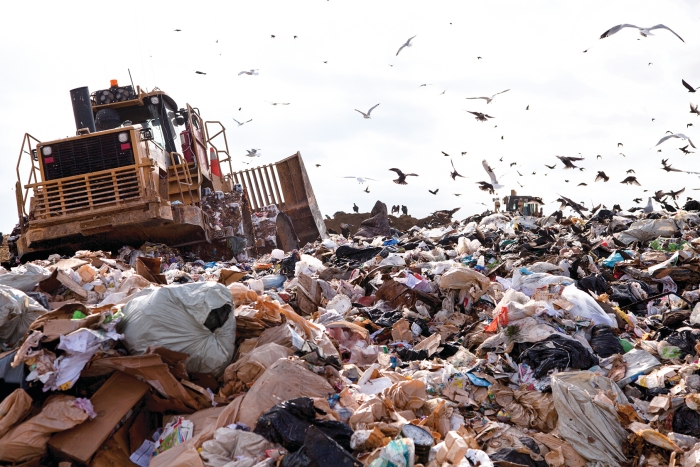 Landfills hold buried treasure, including aluminum, copper, and other metals. Initiatives such as Europe’s Enhanced Landfill Mining Consortium support efforts to mine and recycle this good stuff while incinerating the remaining waste to produce heat and electricity. Although the practice can also help mitigate pollution and free up land for other uses, the benefits to the climate aren’t that clear cut. A new assessment of greenhouse gas emissions of landfill mining shows more climate benefit is derived from mining less sustainable landfills in regions that also rely on less sustainable energy sources (Environ. Sci. Technol. 2016, DOI: 10.1021/acs.est.6b01275). But for landfills in areas that rely on renewable energy and that are already managed with updated gas-management technologies, mining actually adds to overall greenhouse gas emissions.

At the moment, landfill mining projects don’t make money. To make the practice more economically viable, researchers have proposed that the projects cash in on credits for the greenhouse gas emissions potentially eliminated through recycling useful materials and converting remaining waste to energy. However, landfill mining doesn’t always result in a net benefit from a climate perspective, says David Laner, an environmental engineer at Vienna University of Technology. When Laner assessed one such project in Belgium, he found it was a net source of greenhouse gases (Resour., Conserv. Recycl. 2015, DOI: 10.1016/j.resconrec.2015.01.004). Incinerating plastic-rich waste to produce electricity emitted substantial quantities of greenhouse gases, in comparison with the nearly emissions-free nuclear electricity sources the country relies on. In contrast, other researchers assessed a Swedish landfill mining project and found that it conferred a net benefit on climate, even though Sweden also uses renewable energy (J. Ind. Ecol. 2013, DOI: 10.1111/jiec.12039).

These mixed results prompted Laner and his colleagues to systematically evaluate which factors most influence the climate impact of landfill mining. They built a model including eight factors, such as the potential of the waste to produce methane and other greenhouse gases if left undisturbed, and how this waste gas is managed. They also considered the type of waste-to-energy technology used and how its greenhouse gas emissions compare to those from the energy system used in the surrounding region.

For each factor, they considered two or three alternatives based on results from the literature—for example, whether a landfill has a low, average, or high organic waste content, which produces methane as it breaks down. Then they calculated the climate impact of 2,916 scenarios that resulted from all possible combinations of various alternatives of the eight factors.

What they found was not too surprising, given Laner’s earlier findings in Belgium. If a region has a relatively clean energy system from a fossil fuel perspective—such as Belgium’s nuclear-intensive electricity grid—“then it’s very hard to achieve a climate savings by doing landfill mining,” Laner says. In contrast, for a region more reliant on fossil fuels, combined with a landfill rich in organic waste and metals without a state-of-the-art waste gas collection system—like some older landfills in the U.S.—mining would benefit the climate. In these situations, raw materials and electricity are recovered from waste that would otherwise produce greenhouse gases when left undisturbed in the landfill. The net climate impact of all the scenarios ranged widely, from a savings of 1,550 kg of CO2 equivalents per megagram of excavated waste, to a burden of 640 of these units.

Steven Van Passel, an environmental economist at the University of Antwerp, says the study’s results are reasonable, and it has a sound scientific approach. The implications are less clear, he says: The wide range found for the climate impact of landfill mining indicates huge uncertainty.

So far, climate benefits have not been the main reason people choose to mine landfills, Laner notes; though recent efforts focus on landfill mining for resource extraction, it is often done to prevent groundwater pollution and to free up land for development. “If it’s just about climate impact,” he says, “it would probably be better to install a state-of-the-art landfill gas-management system than to mine the whole landfill.”