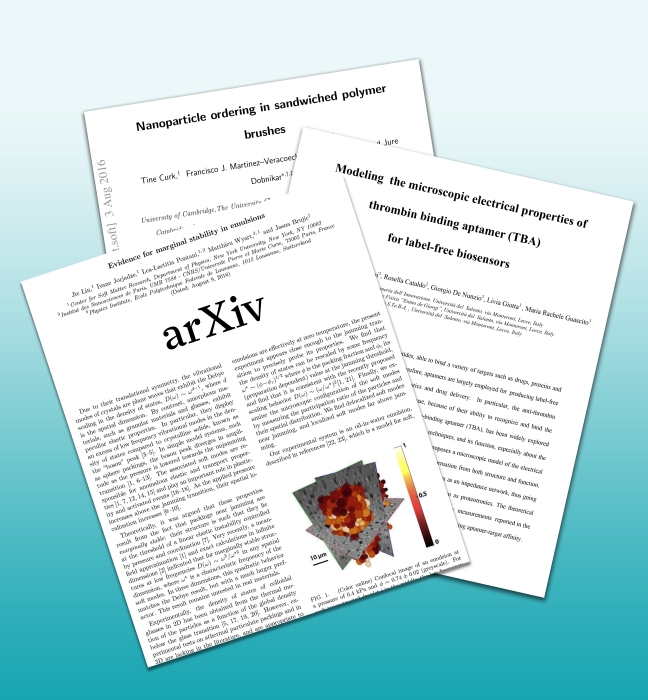 The American Chemical Society announced today that it will create a preprint server for chemistry research to promote sharing of early scientific results.

Preprint servers allow researchers to publish draft papers or preliminary data online to get feedback from the larger research community before a paper goes through a journal’s more formal peer review process.

“A preprint server dedicated to chemists will help speed the dissemination of research results, solicit valuable feedback, and foster international collaboration,” says Kevin Davies, a vice president in ACS’s Publications Division who is spearheading the effort.

ACS is currently seeking collaborators to join in development of the server, which is tentatively called ChemRxiv. The joint undertaking between two of ACS’s divisions—CAS and Publications—is expected to launch in the next few months.

Preprint servers have been popular in physics and computer science for more than 20 years. ArXiv, the largest and most successful preprint server, has an active community of physicists who contribute research articles and comment on publications. A recent push also created bioRxiv for the biological sciences.

“Given recent announcements of new preprint servers for the social sciences and engineering, chemistry was beginning to look like a bit of a loner,” says Stephen Curry, a structural biologist at Imperial College London who advocates publication of all results—not just the positive ones. So he’s happy to hear about these new efforts.

The details of how ChemRxiv might work have not yet been decided. Curry says that its success will depend, in large part, on how easy the preprint server is to use. A push for culture change is also needed to “get people into the preprint habit,” he says.

Past attempts at creating a chemistry preprint server failed, including one launched as part of a website called ChemWeb.com. Bill Town, who was chief executive officer of that endeavor, says: “The main reason for its ultimate demise was the attitude of journal editors who regarded web publishing of preprints as prior publication,” Town says. These editors, from ACS and elsewhere, would therefore not accept the work in their journals later on, says Town, who welcomes the new effort.

Nature, Science, and many other top journals now regularly accept research that has been published in a preprint server.

On a journal-by-journal basis, ACS editors can decide whether to accept papers that have already been published online, says Davies, who is also C&EN’s publisher. Currently, 20 of the 50 ACS journals accept preprints unconditionally and about a dozen more allow it but ask for the author to discuss any preprint publication with an editor.

Carolyn Bertozzi, editor-in-chief of the open access journal ACS Central Science, has made the decision to allow authors to pursue preprint publication, and she hopes other ACS journal editors join her.

“Allowing preprint deposition is a forward-looking strategy that acknowledges that both an author and a journal can benefit from broad dissemination and feedback in advance of publication, while keeping the version of record with the journal following traditional peer review and publication,” Bertozzi says. “It’s our hope that chemists will see the shifting winds and that our community no longer considers a preprint server a threat.”

Comments
Franz Geiger (August 11, 2016 10:50 AM)
Very happy to hear that ACS figured this out - arXiv is often there to formally claim 'firsts' on a curated server and get the work out while providing ample time for formal rigorous review at the journals. Moreover, an arXiv for chemists will help comply with the White House 2013 directive on Open Access:

There, it is made clear that the decision to allow for arXiv posting of manuscripts submitted to journals is in fact not up to the ACS editors, as stated above, in all cases. Instead, the choice is only with the editors in cases where the work is not funded by a US federal agency with >$100M annual conduct of research and development expenditures. In other words, since 2013 ACS editors never had a choice but to accept work posted anywhere, as long as the work was funded by NSF, NIH, the DOE, etc. This is an important point that often gets overlooked in Open Access and arXiv discussions. Yet, an arXiv posting is not a 'publication', as that term is reserved for publishing houses, which preprint servers are not. Instead, the term is really 'deposition' (some would prefer 'posting'). - Franz M. Geiger, Northwestern Chemistry
Reply »

Raymond Dessy (August 17, 2016 3:50 PM)
The forthcoming e-preprint server, ChemRxiv, is most welcome, and evidence that the ACS is abreast of the times.
I am reminded of a publication entitled
"Chemical e-preprints: the Ostriches",
Trends in Analytical Chemistry, vol. 19, no. 10, 2000, 587-592
which ended with the following quote:

"Whatever happens, Aristophanes' final scene in
'Ostrich' suggests how chemists should view e-preprints:

As those in pow'r do resist,
The price goes up, volume goes down;
And ostriches create committees that sit and frown.
Scatter the Web, that is its will;
As costs drop down, volume goes up,
And kangaroos at profit's table sup.
But think of the best;
Imagine our two legged choruses mate,
Authors and readers would dance and elate."

Bill Doub (August 17, 2016 6:26 PM)
This is still a pretty big risk. If you check with your first choice journal and they tell you "no, don't post your manuscript on a preprint server as we consider that previous publication of the work", well, ok you don't post. But, what if your first choice journal gives you the ok, but then the editor/reviewers reject your manuscript – better hope your second choice is as open minded.
Reply »

Chris Caldwell (September 19, 2017 1:50 PM)
This will be for accepted manuscripts, as I understand it. So after acceptance, and peer review input, but before editorial edits. Unlikely to be rejected at that late date. And most journals are now ok with the accepted manuscript going into a preprint server.
Reply »

Ben McCall (August 18, 2016 4:30 PM)
This is a most welcome development. The ACS has long been "behind the times" on this issue. I strongly urge the ACS to require all journal editors to accept without bias manuscripts that contain material that has been deposited into preprint servers such as arXiv or ChemRxiv, or that has been presented at major conferences where PowerPoint slides are archived.
Reply »

Gabor Lente (August 28, 2016 12:21 PM)
On a journal-by-journal basis, ACS editors can decide whether to accept papers that have already been published online... ?????? Shouldn't ACS speak with a single voice? Before starting a pre-print server, ACS should clearly declare that all of its journals welcome manuscripts that are available as pre-print.
Reply »

Gabor Lente (August 28, 2016 12:23 PM)
Current JACS policy is:
„The Journal of the American Chemical Society considers for publication only original work that has not been previously published and is not under consideration for publication elsewhere. When submitting a manuscript, an author should inform the editor of any prior dissemination of the content in print or electronic format. This includes electronic posting of conference presentations, posters, and preprints on institutional repositories and any other Web sites. Any content that has been made publicly available, either in print or electronic format, and that contains a significant amount of new information, if made part of a submitted manuscript, may jeopardize the originality of the submission and may preclude consideration for publication.”
Having read this explanation, who would risk sending a manuscript to pre-print before submitting to the flagship journal of ACS?
Reply »