[+]Enlarge
Credit: Lanxess
Improved capacity utilization at plants such as this one in Leverkusen, Germany, contributed to better profit margins at Lanxess. 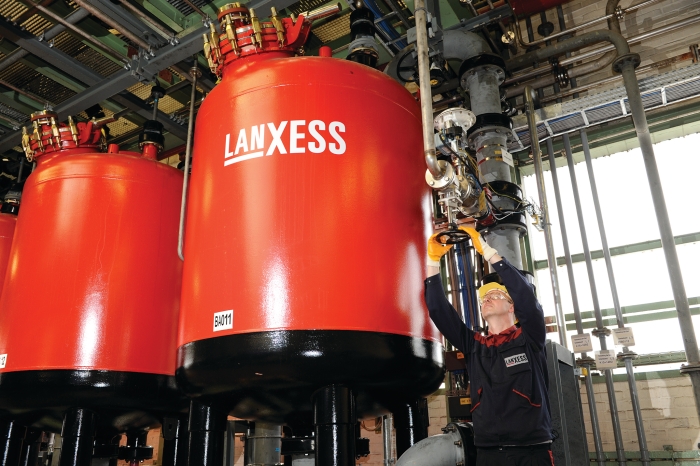 Credit: Lanxess
Improved capacity utilization at plants such as this one in Leverkusen, Germany, contributed to better profit margins at Lanxess.

The chief executives of Lanxess, Evonik Industries, and Covestro--some of the largest chemical firms in Germany--are in a sprightly mood this week after strong trading in the second quarter of the year led them to raise their profit forecasts for 2016. Their improved financial outlooks come despite turbulence in some global chemical markets, along with low oil and energy costs, which have depressed chemical prices. Their position contrasts with several U.S. chemical firms and BASF.

Specialty chemicals firm Lanxess has raised its forecast for pre-tax earnings for 2016 to a range of $1.04 billion to $1.08 billion, up from its previous forecast of between $1 billion and $1.06 billion. The firm expects the stronger outlook to come on the back of increased sales volumes, leaner costs, increased plant capacity utilization, and a more profitable product mix achieved by its recent restructuring of some of its businesses.

Lanxess recorded a 13.8% drop in second quarter profits to $84 million on sales down 7.7% to $2.3 billion when compared with the same period a year ago. But for the first time, the firm will account for the reduced income resulting from the firm’s sale of 50% of its multi-billion dollar synthetic rubber business to Saudi Aramco, completed in April.

Meanwhile, Evonik now expects pre-tax earnings for 2016 to be closer to $2.5 billion than its earlier forecast of between $2.2 billion and $2.5 billion. “We were able to increase volumes in persistently challenging business conditions,” says Klaus Engel, Evonik’s chairman.

Selling prices, though, “are declining considerably, especially in the Nutrition & Care and Performance Materials segments,” leading to a slight reduction in anticipated sales for full year 2016, the firm says. Despite the improving outlook, Evonik reported profit for the second quarter down 61% to $184 million on the year earlier, with corresponding sales down 7% to $3.7 billion.

Covestro, the materials science business spun off by Bayer in 2015, also raised its financial expectations for this year. It now predicts a slightly greater rise in sales volumes in 2016 and pre-tax profits for the year to be at least the same as they were in 2015. “Our plant utilization rates are improving, allowing us to realize higher core volumes and increase profitability,” says Covestro’s Chief Executive Patrick Thomas.