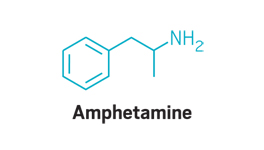 Whether from a car crash or playing football, a blow to the head that causes a traumatic brain injury (TBI) can have lasting consequences. Patients who experience such injuries often suffer persistent problems such as attention deficit disorder or depression. But little is known about what triggers such symptoms for some patients and how they can be treated. Now, for the first time, scientists have created an animal model that reproduces these chronic psychiatric effects and find that one drug, amphetamine, may help reduce these symptoms in rats (ACS Chem. Neurosci. 2016, DOI: 10.1021/acschemneuro.6b00166).

After TBI, a person’s recovery is determined by many factors, including the site and extent of cell damage, degree of inflammation, and differences between patients such as education level. Researchers trying to mimic TBIs in animals have replicated the physical injuries but found it difficult to create animal models of long-lasting psychiatric or cognitive symptoms.

Cole Vonder Haar of West Virginia University, Catharine A. Winstanley of the University of British Columbia, and their colleagues applied a well-established behavioral test to rats given brain injuries that allowed the researchers to identify animals with long-lasting effects. This behavioral test, known as the “five-choice serial reaction time task,” had been previously used to study visual attention but not TBI. Applying this test could help researchers understand what makes some injuries result in chronic problems—and what treatments might help recovery.

The team grouped the injuries as mild, moderate, or severe based on the size of the lesion created in the frontal lobes of the rats’ brains. Then they observed how the rats performed on the test, which is designed to assess attention and impulse control. For example, it tested how well rats could focus attention on a quick flash of light, and, in a subsequent test of impulsivity, whether they could wait five seconds after pressing a button to receive a sugary treat.

Immediately after injury, rats with the most severe tissue damage performed the worst on the behavioral test, as expected. Thirty to 104 days after injury—a period that reflects the chronic phase of TBI—some animals performed better, but many with moderate or severe injuries still showed cognitive impairments. Some rats were more susceptible to these long-term effects than others. Based on how well the rats’ behavioral performance recovered, the researchers grouped the animals as “resilient” to TBI, “chronically impaired,” or “vulnerable” if they fell somewhere in between.

This study did not reveal specific markers to predict which animals would have worse long-term effects, according to Vonder Haar. “But general neuroinflammation was quite predictive of impulsivity, regardless of the extent of brain damage,” he says.

Also, it only looked at one measure of trauma—the size of lesions, says Peter Bergold of SUNY-Downstate Medical Center, who called it a “really interesting study.” In future work, considering other aspects of TBI, such as damage to connections between distant brain regions, could help explain why some animals had more long-term effects than others.

The team also found that treating animals with a single dose of amphetamine approximately four weeks after injury produced different behavioral outcomes across the groups: Uninjured and resilient animals performed worse after the drug, but chronically impaired animals responded with increased accuracy and less impulsivity on the behavioral test. Two other drugs, atomoxetine and amantadine, which have been used to treat impulse control disorders in patients, offered no significant benefits.

The results suggest there is a convergence of increased inflammation, impulsivity, and attention deficits in traumatic brain injuries, Bergold says. “This brings up the possibility of new drugs to treat some of these long term behavioral effects of TBI.”

Comments
Madhuban Gopal (September 20, 2016 2:10 AM)
Appreciate the work of Cole Vonder Haar of West Virginia University and Catharine A. Winstanley of the University of British Columbia, along with that of Dr Peter. It is high time chemists can help Cognitive Science researchers more and more. The outcome can be faster implementation, and reaching the ultimate goal of reducing human sufferings.

It takes too long to reach human-trials stage.

While such and many more work is accomplished in Developed countries, PhD students and Post-doc from developing country(ies) should also be trained on priority to leap-frog the progress of science for the globe, and let the benefit reach poorest of the poor also. President, ACS can take this initiative also, to facilitate the two. Members of ACS are located all over the earth and they can be the ambassadors, without spending any money, by using the emails.
Reply »