by Ryan Cross, special to C&EN 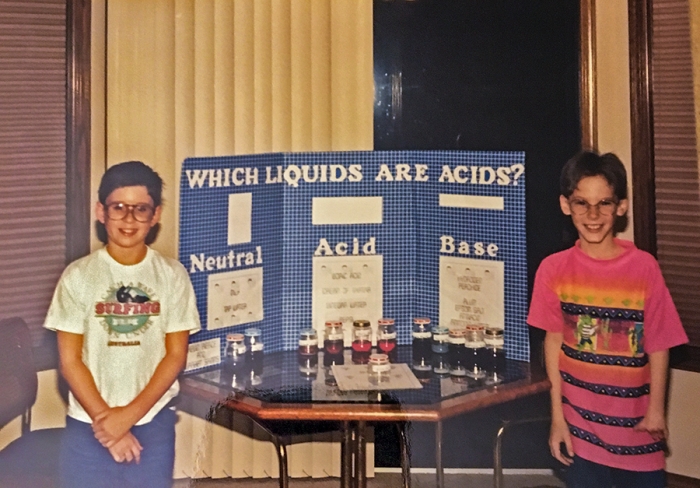 While his peers in Wichita, Kan., were making a mess with baking soda volcanoes, Warren Samms (right) favored a cabbage acid/base indicator for his elementary science fair experiment. “At the time, it felt like being an actual scientist rather than playing with a neat toy.” 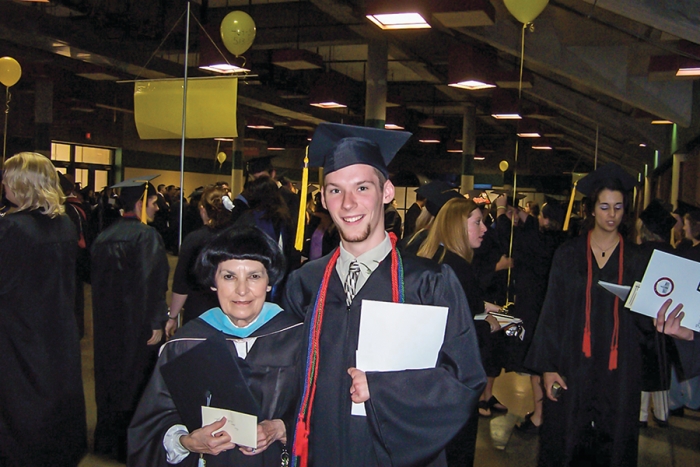 Samms stayed in Wichita for college, majoring in chemistry and biology at Friends University. “When I got to my second semester of organic chemistry, I had a problem,” he says. “Jazz band practice met at the same time as organic chemistry.” Supported by a trumpet scholarship, Samms was forced to choose between music and chemistry until organic professor Kathryn Boyle (left) intervened. Boyle told Samms she would take him on for a one-on-one independent study. “She’s the reason I stuck with chemistry,” Samms says.

During graduate school at Wichita State University, Samms researched small molecules that mimic Parkinson’s disease in cells, but he didn’t envision an academic career. “I needed to visibly see that I was making a difference.” Then one day in 2007, he was offered a teaching assistant position for a new forensic science course. Samms helped create laboratory exercises, including one where he would “give undergrad students a white powder” and teach them how to identify drugs such as marijuana and cocaine. He simultaneously interned as a chemist at a county crime lab.

2008 Beyond the usual suspects

Samms moved to Houston to work at the Harris County Institute of Forensic Sciences to identify substances obtained by law enforcement. At first, he saw the usual suspects: cocaine, marijuana, and methamphetamine. “In early 2010, we started seeing these crazy things called designer drugs,” where minor chemical modifications complicated a molecule’s legal status, he says. The lab was also at the front lines of identifying synthetic cannabinoids and methcathinones, a class of drugs commonly called bath salts. “We got to the point where we were almost seeing a new type of substance every day, so we got all kinds of analytical puzzles.” 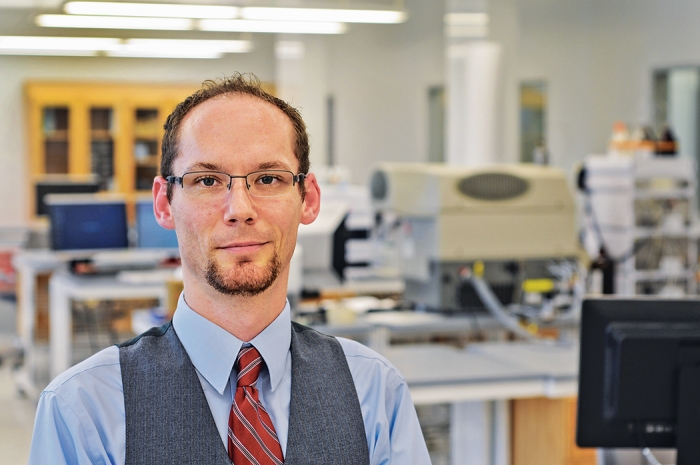 “There is never a dull moment” at his job, which has led Samms to testify as an expert witness in court and before Texas legislative committees. In 2013, Samms became the institute’s director of toxicology and chemistry. Recently, his team has seen an uptick in designer fentanyls—deadly synthetic opioids—and he doesn’t see the designer drug trend slowing down. People often ask Samms if his job is like CSI. He laughs and says no. “We use actual science.”