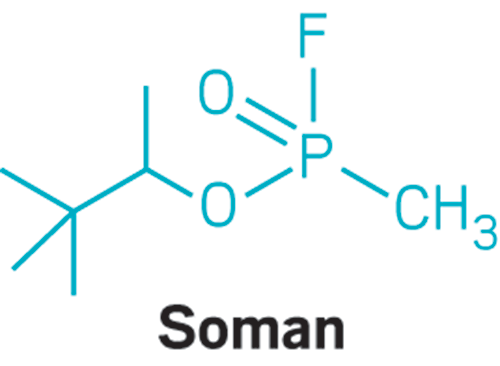 Russia has destroyed the last of its supply of the nerve agent soman and is on track to completely eliminate its once vast stockpile of chemical weapons by late October, Sputnik International reported last week. Sputnik, a state-run Russian news agency, said that with the destruction of over half a million munitions containing 1,395 metric tons of soman, Russia has eliminated 97% of its chemical arsenal. Russia is one of 192 members of the Chemical Weapons Convention of 1993, which bans the production and stockpiling of soman and other deadly chemical warfare agents. Colonel-General Valery Kapashin, a Russian disarmament official, said Russia is on pace to complete the destruction of its chemical weapons stockpile and fulfil all its obligations under the convention on Oct. 24, a year ahead of schedule, according to Sputnik. The U.S., which is also a party to the convention, has eliminated 90% of its chemical weapons. It plans to complete the destruction of the remaining supply—approximately 2,800 metric tons of mustard agent and the nerve agents VX and sarin—by 2023.