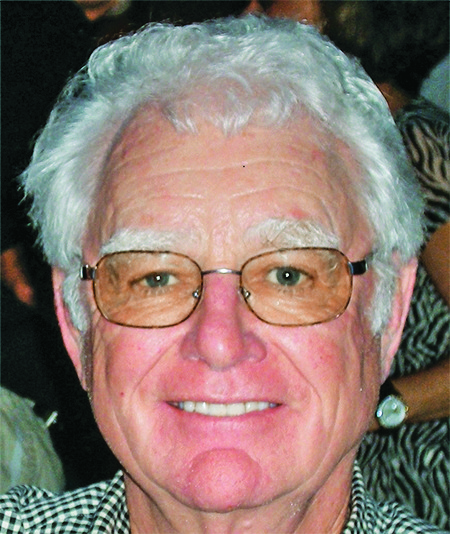 Credit: Courtesy of the Pews family

“Garth Pews was a highly accomplished synthetic organic chemist. He was born in Leamington, Ontario, and came to the U.S. in 1963, where he did his postdoctoral work under Robert W. Taft at Pennsylvania State University. He subsequently worked for Esso Research & Engineering in Linden, N.J., for two years prior to joining Dow Chemical Company in 1966. He was an expert in synthetic organic chemistry and rose to the most senior technical professional job level in the company. He was credited with more than 120 patents during his 31-year career with Dow, working on both product and process development, primarily with agricultural chemicals and antimicrobials. He spent most of his career in Dow’s Central Research organization, where he was named inventor of the year in 1988, 1990, and 1997. In his spare time, Garth helped establish the Midland Amateur Hockey Association and was a lifelong supporter of the Toronto Maple Leafs team.”—L. Dennis McKeever, colleague