Clariant and Huntsman to join in $20 billion deal 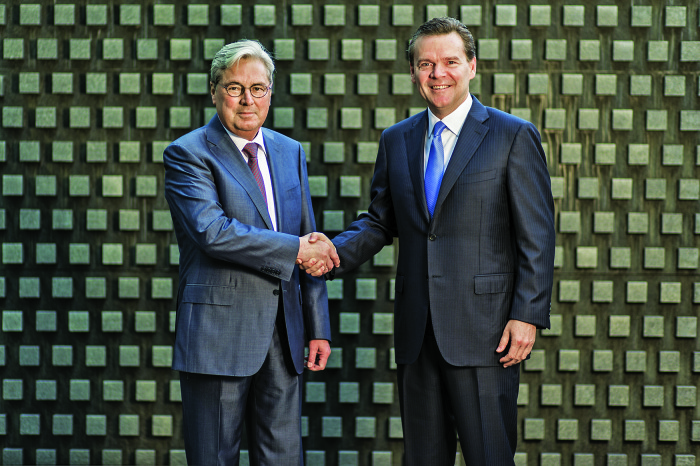 Swiss specialty chemical company Clariant will combine with U.S. chemical maker Huntsman Corp. in a merger of equals valued at about $20 billion. By joining, the companies hope to become a larger operation better positioned to compete, expand profits, and reduce costs.

The new company will be called HuntsmanClariant. It will combine Huntsman’s advanced materials, performance products, polyurethanes, and textile effects businesses with Clariant’s catalysts, personal care, oil and gas, and plastics and coatings businesses. The two firms expect the deal to close by the end of the year.

With annual sales of more than $13 billion, HuntsmanClariant will vie with Covestro to be the world’s second-largest specialty chemical maker after Evonik Industries.

[+]Enlarge
HuntsmanClariant will vie with Covestro to be the second-largest specialty chemical firm.
Sources: Huntsman, Clariant 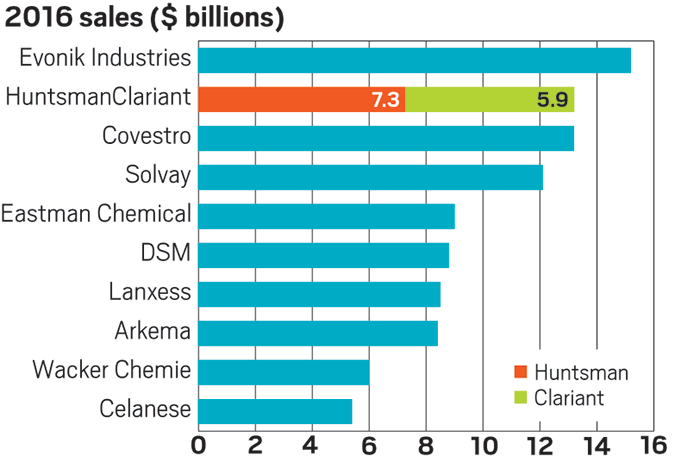 HuntsmanClariant will vie with Covestro to be the second-largest specialty chemical firm.
Sources: Huntsman, Clariant 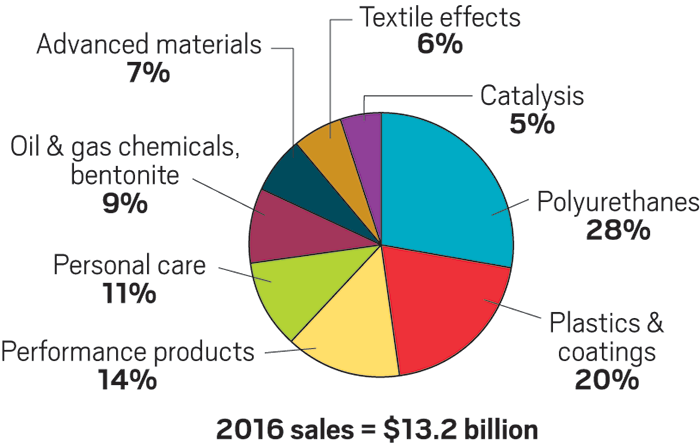 In a letter to employees, Clariant CEO Hariolf Kottmann said the time is right for the deal. “We are facing an uncertain economic environment with moderate growth and high volatility coupled with political uncertainties,” he said. “When we look at the competitor landscape, we see highly specialized companies like Croda and big players like Evonik—and ourselves stuck in the middle. That’s not where we want to be!”

The planned merger follows years of significant restructuring on the part of both firms. In 2012, Clariant divested its textile and paper chemicals business, and it has recently worked to spin off its plastics and coatings businesses. The latter will stay in the new firm’s portfolio for now.

In 2011, Clariant purchased Süd-Chemie, a maker of catalysts and adsorbants. And it expanded its access to the U.S. oil and gas industry in 2013 when it bought enhanced oil recovery firm Ultimate EOR Services.

Huntsman, for its part, pursued a big merger, with Hexion, in 2008, but the deal fell apart. Huntsman is now separating its pigments and additives business, to be called Venator Materials, in a spin-off to be completed this summer.

Once the merger closes, Huntsman shareholders will own 48% of the new company based on the difference in the values of the two firms’ shares. Peter R. Huntsman, Huntsman’s CEO, will serve as CEO of HuntsmanClariant, and Kottmann will be chair of the board. Clariant’s home base in Pratteln, Switzerland, will be the new firm’s headquarters, and operations will be in The Woodlands, Texas, where Huntsman is based.

“Huntsman has a large footprint in polyurethanes and undifferentiated products and does not have a lot of research and development or discovery,” points out Ray Will, a specialty and inorganic chemical consultant at IHS Markit. But Huntsman does have customer contacts that Clariant can leverage to sell more of its specialty chemicals.

Overall, HuntsmanClariant aims to sell its polyurethanes, coatings materials, and other chemicals into growing markets such as personal care, packaging, and textiles. The firms’ executives also stress complementary businesses aimed at auto manufacturing.

Will argues that the combined firm’s biggest growth opportunity will be in oil and gas drilling. As operators expand their use of fracking technology to drill more and more miles of horizontal wells, demand for drilling chemicals is rising rapidly, he says.

Huntsman and Clariant say the combined firm will be more profitable than either stand-alone company, in part because of a projected $400 million in annual cost savings. Its combined profit margin of 17.2% will outpace Clariant’s 15.2% and Huntsman’s 13.4%, they say.

The merger continues relentless chemical industry consolidation. Dow Chemical and DuPont expect to complete their historic merger in August. Deals to combine ChemChina and Syngenta, Bayer and Monsanto, and Linde and Praxair continue to advance.

Fossil Fuels
Ecolab to spin off oil field chemical business
Consumer Products
SABIC, Clariant start to work together
Business
AkzoNobel, Axalta in talks
Share X
To send an e-mail to multiple recipients, separate e-mail addresses with a comma, semicolon, or both.
Title: Clariant and Huntsman to join in $20 billion deal
Author: Melody M. Bomgardner
Chemical & Engineering News will not share your email address with any other person or company.